Luck of the Irish

The Tab interviews the Gaelic Football Captain, Jack Hennessy, on the secret to their success this season, guinness, and how they came up with the ‘Yaya Toure’ song.

The Tab: Could you briefly explain Gaelic football because it’s not the most common sport?

Jack: Basically it’s a mixture of football, rugby and basketball. The way you score is a mixture of football and rugby, there’s a goal which if you get the ball in is three points and if you get it above the goal it’s like a conversation and is one point. Its 15 aside, it’s quite a zonal game, you have to run 4 steps before you bounce it or ‘solo’ it which is when you have to drop it to your feet and kick it back to yourself. That’s basically it.

Is it hard to get used to?

It can be but if you have ever played any rugby or football you can pick it up fairly quickly.

And although the team is predominantly Irish it’s not just for Irish people is it and anyone could join if they wanted to?

No not at all anyone can play.

So how is the season going?

Bit of a record breaking year really, best season we’ve had so far. The men won their league but even though it’s only a small midlands league with teams like Newman, Aston and Cardiff, it’s a big achievement for us. But the girls have done even better; they haven’t dropped a point all season winning all their games!! 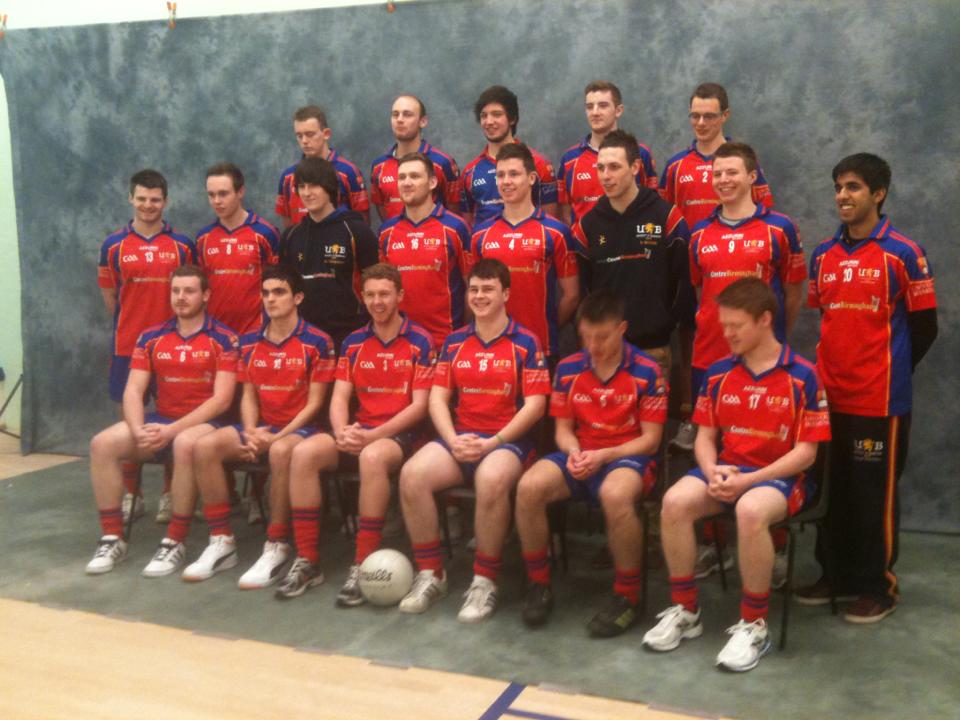 The guys get their pose on for camera

So I guess that brings us to asking about your aims for the Championships?

We both want to win silverware is we’re honest, that is the main aim. We don’t think it’s much of a stretch we’ve come on strides in the past few months. It would be disappointing not to get anything out of this.

When did you start playing Gaelic football?

I only actually started last year as a fresher but my family are Irish and I’ve always followed it and also hurling. But university was a great chance to start playing.

Do you mix with the women’s team at socials and generally do quite a lot together?

Yeah definitely, a lot of the other sports team have men’s and women’s and they don’t really mix a lot but we definitely do and I don’t think we’ll ever split up, although we don’t train together, but it is because it’s a pretty physical sport.

I guess now we should start stereotyping, do you always drink Guinness? 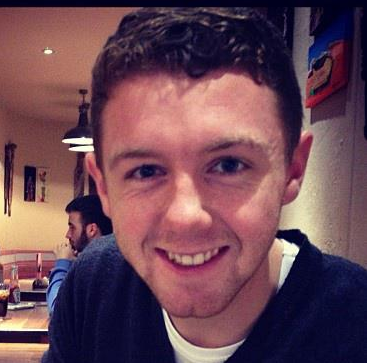 Hennessy: the joker of the team?

Are there other acceptable Gaelic football drinks?

A popular drink before nights out is Guinness, Magners, Jameson’s and Baileys mix.

Who is the best drinker on the team?

And where do the Gaelic football team go for a night out?

We’re really enjoying sports night at the moment and I’m pretty sure we started up the Yaya Toure song.

I’m pretty sure we started up the Yaya Toure song

(The response is disgustingly biased) Probably Peter Withe for Villa in the Champions League Final or Dalion Atkinson in 1992. Dalion Atkinson’s Goal

Rumours arise of a spread sheet kept of ‘Gaelic Incest’, people who have got with others in the teams, sadly though it is a deep secret. Rory McGoldrick and there’s a girl called …. well called …. er no sorry I can’t say it, think it might be unfair to say a girl?

Is there a joker of the team?

I think I am probably, all the lads are pretty good for a laugh but the girls have a great time, really good banter.

I like the sound of these girls; they sound a lot of fun?

Yeah you should probably go see the girls, there a great bunch.

Is there anyone who thinks they’re the best dancer but really isn’t?

And finally, have you ever used your roll as captain to pull?

There’s a long pause and a sly laugh. I can’t say…I’ve got a girlfriend.

Upcoming events include the Championships this weekend for the Men’s team.