As an overwhelmed Culchie, this is what I think of nightlife in NI

A scene more saturated than your sixth form Instagram

Hailing from my long-winded 18 year sentence in the depths of the arsehole of nowhere, I’m certain I wasn’t the only culchie that got their eyes opened by the uni student nightlife scene. With people talking about the diversity and the rich sense of community within NI’s nightlife, let’s take a look at why any wee Culchie from Ballymoney may be so overwhelmed, but also loving every second of it.

As a UUM student, it’s only right we start off with Derry/Londonderry. Successful day at uni? completed it mate, so you decide to save yourself until Tuesday. Definitely not going out.

En route back to Duncreggan Student Village, the DSV if you will, you’re stung by the Band Seller that could sell ice to an Eskimo. He’s some man for one man. Metro Mondays it is already asserting itself as the worst decision you’ve made this week. You just know fine rightly that afterwards you’ll be running about Argyle Street looking for an afters. You’re at the gates of the DSV potentially ready to hookup, and the chaps from “Estates Patrol” are looking at you straight in the eye. You know the score and you can be sure you’ll be milking your own cow tonight.

It’s a Tuesday night, and what rhymes with Tuesday? Anchor.

Before you know, your chariot awaits courtesy of Hugh’s Taxis (love you), land at the club for around 11pm and realise you’ve spent the rest of your change on the taxi, meaning you’ve to stop at the cash machine. At this point, the Portstewart coastal breeze would cut you in two, and you think about going back home. You know the club is not going to be anything more than the Top 40 after a few weeks of attendance, but this sure as hell won’t stop you. 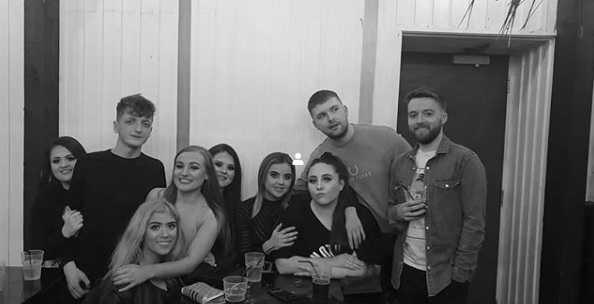 Wednesday morning. Old Mill Grange. Full of regrets. If you know, you bloody well know. Wednesday’s however only mean one thing and that is Kelly’s. Later on as you enter the club, you just about dodge the chequered shirt and double-vodka-blackcurrent emanating gentleman when you’re approached by, wait is that, Meghan Fox? Nah pal she’s just a second year English student from Fivemiletown but dream on.

Miss Fivemiletown approaches you with her shot tray, you know where this is going. It’s going to taste like dishwater. And that dishwater would blow the head off of you. You move into the main room and the tunes are absolutely wonky. You’re wiped from your woman’s funky shots and next thing you know you’re giving it stacks at afters with some ABBA belters blaring. Life is good.

Now, as if the culchie wasn’t already overwhelmed in Derry/Londonderry, an experience of townie nightlife is needed, so you head up to the big smoke. Your mates in the lands have suggested Filthy’s for a strictly sensible one. Wishful thinking but we roll.  You land at the club, go out for a smoke and can’t help but notice every single lad has the same Barber? To be fair, the tunes in the smoking area are proper groovy. There’s nothing like this at Magee. Feels like summer even if your nips are like tic-tacs. Blackboard sends you a notification saying tomorrow’s lecture is cancelled due to the strike. That’s you out-out tonight. The rest is history.

It’s the weekend, you heard Fisher’s Losing It, and now you’re a proper “techno” fan… — You head to The Telegraph Building for a big rave, only to see that all the lads have either just returned from their nine minute holiday, all got their outfits from JD Sports on Black Friday or have had the same Pyrex dish moulded to their dome to get that sweet bowl cut. After listening to Alan Fitzpatrick hammer out the tunes, you reckon you could have a go yourself. You want to become a DJ. And why not give it a go?

Your hard work continues, you start writing up PR posts, tagging 99 other friends, and you’re nearly in a relationship with the “Invite All” button.  It’s all class craic and then you’re asked to play on the line-up 8pm to 9pm! Life is amazing. You agree to the gig and plaster it all over Facebook.

Bearing in mind the doors don’t even open until 9pm.