Ireland has gone into lockdown to prevent coronavirus spreading

There are at least 61 known cases on the Island

Outgoing Taoiseach Leo Varadkar has this morning made a statement, announcing that a lockdown is to be placed upon Ireland as of 6pm this evening, as a preventative measure against the spread of coronavirus.

The move came following the first recorded death in the Republic of Ireland from the virus, with the Dáil responding swiftly, ensuring that tighter preventative measures are in place.

Teaching will be facilitated online for students, to ensure that progress is maintained within their studies.

In an email to all staff and students following from Mr. Varadkar’s statement, Dr. Patrick Prendergast confirmed closure of the campus, ‘From 6pm today (Thursday 12th March) till 29th March. Further information from Trinity will follow by email’. 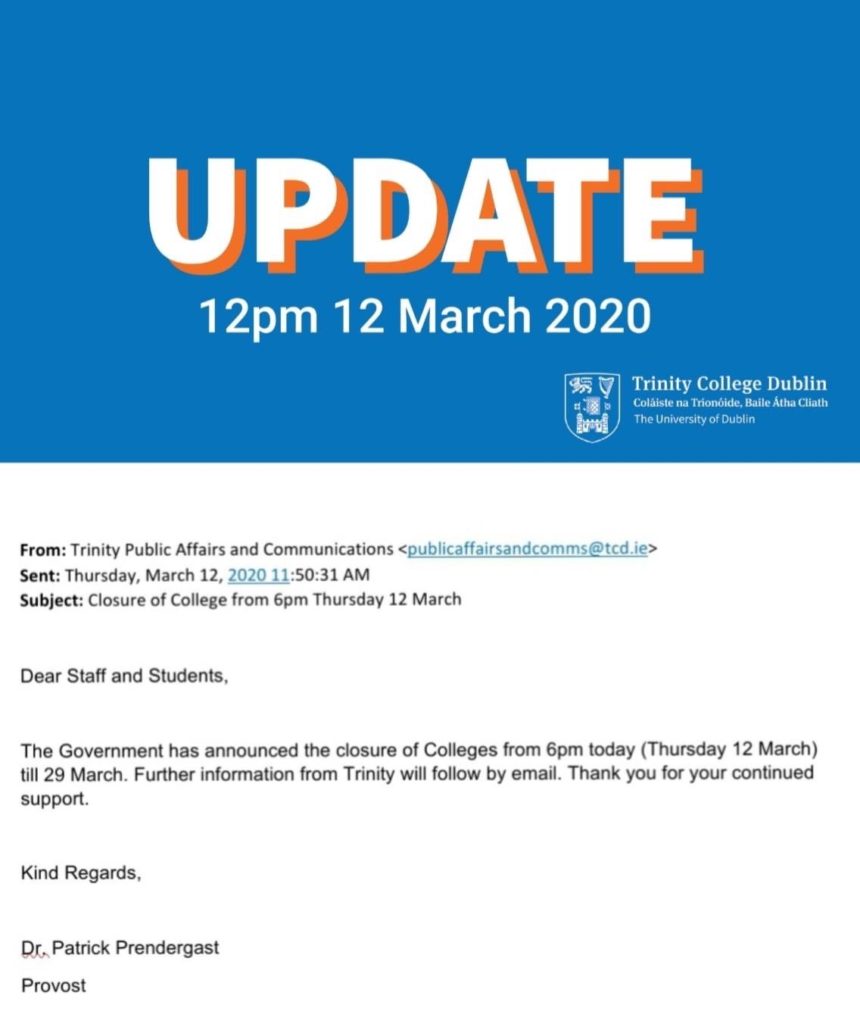 Further to this, Mr. Varadkar stated that those who work from offices, should have ‘Staggered’ break times and that with this, ‘People should seek to reduce social interactions as much as possible’.

He added, ‘Unfortunately, we must face the tragic reality that some people will die’.

Simon Coveney TD built on this, arguing that if the prevention strategies are implemented appropriately, ‘We will save potentially thousand’s of lives’.

It is yet to be confirmed whether similar actions will be taken by the recently formed Stormont government in Northern Ireland. 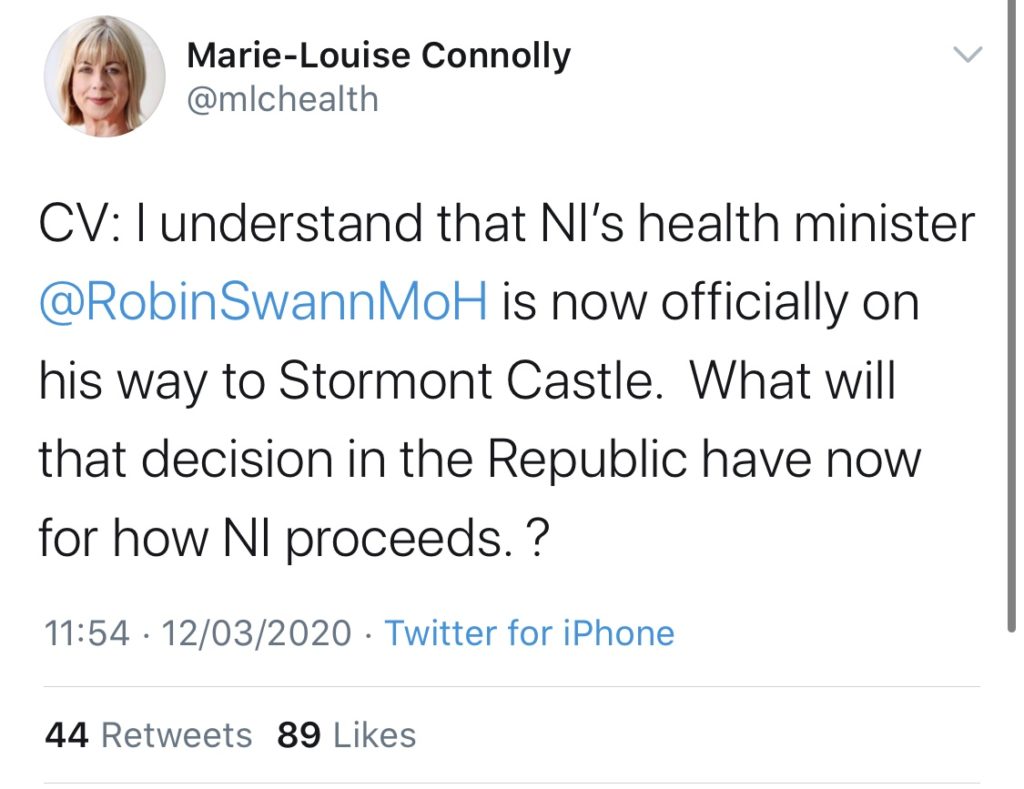 A statement has yet to be released from Stormont, outlining Northern Ireland’s strategy for preventing the spread of COVID-19.

In a statement released by Queen’s University Belfast last week, reassuring students that no closures would take place across campus. However, as the situation worsens, it is unknown whether this is the retained policy of QUB.

Queen’s University Belfast, Ulster University and the Education Authority were all contacted prior to this article being published.