The recently elected president of the Queen’s University Belfast Students Union (QUBSU) has faced criticism following the discovery of a series of posts published on their social media, which have been described as “pro-IRA” by critics.

Grian Ní Dhaimhín, a graduate of History and Social Anthropology, who was elected as the new SU President is no stranger to campus, and has served as a Student’s Union Council Representative on the University Senate in the past.

Ní Dhaimhín has faced criticism from a number of Unionist students, who described how they were, “very saddened and concerned” following the social media posts.

According to The Newsletter, a number of posts can be found displaying pro-IRA sentiments. The Queen’s University Young Unionists in a post criticised Ní Dhaimhín for, “blatantly sympathising with the IRA.”

The post continued where the author of the post, commented on how as the society are “in talks with the university”, describing themselves (Unionists) as, “Queen’s University’s largest minority.”

The post also included screenshots of various activities from Ní Dhaimhín’s Facebook page, which was the catalyst for condemnation in the wake of the SU election, from Unionist students across campus. 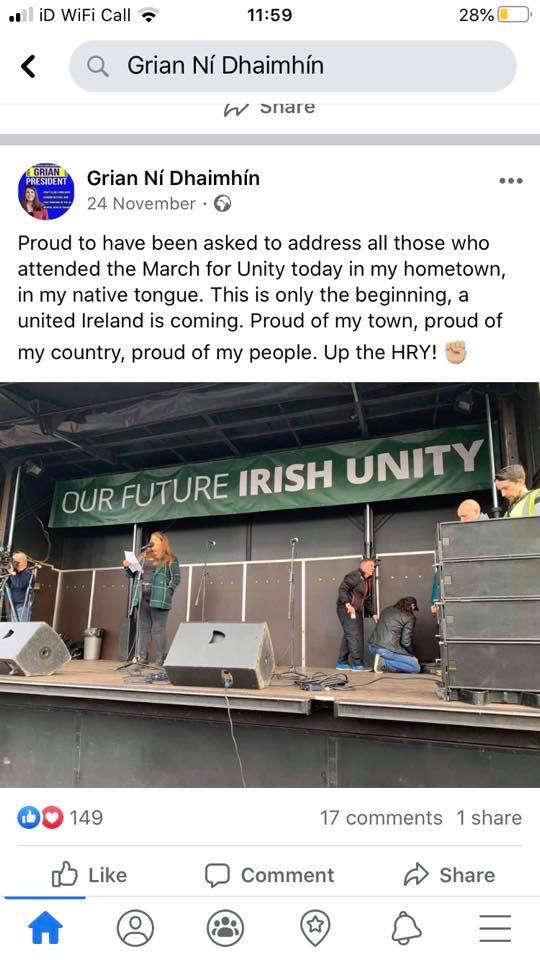 The screenshots included a post where Ní Dhaimhín discussed of her pride, “to have been asked to address all those who attended the March for Unity today in my hometown and in my native tongue.” 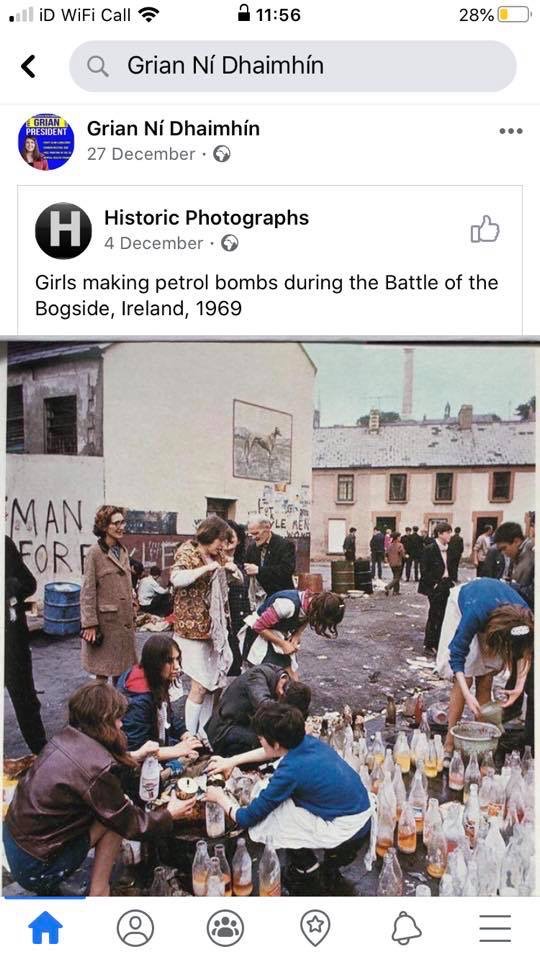 A second post was shared from an archive page named “Historic Photographs”, which showed “Girls making petrol bombs during the Battle fo the Bogside in 1969”, a period where the thirty year “Troubles” were just beginning to create momentum. 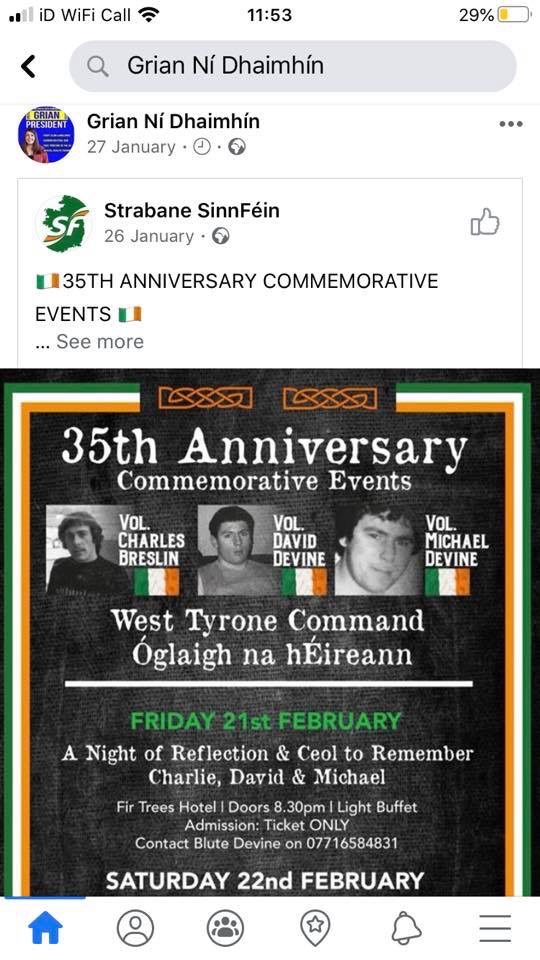 A third post, which garnered criticism from the young Unionists, was of a post shared from the Strabane Sinn Féin Facebook page, advertising a 35th Anniversary commemorative event, remembering the lives of Provisional Irish Republican Army (PIRA) volunteers, Vol. Charles Breslin, Vol. David Devine and Vol. Michael Devine. The three members of the PIRA were killed on the 23rd February 1985 by Special Air Service (SAS) soldiers.

The Unionists have garnered support from Steve Aiken OBE MLA, leader of the Ulster Unionist Party (UUP) who in a Tweet linked a change.org petition calling for QUB to ‘End the Sectarianism towards Protestant and Unionist Students at QUB’.

However, online commentator Brendan Harkin tweeted that the dispute raised the issue that, ‘harder conversations [need] to be had between students (and faculty) than a vague petition’. 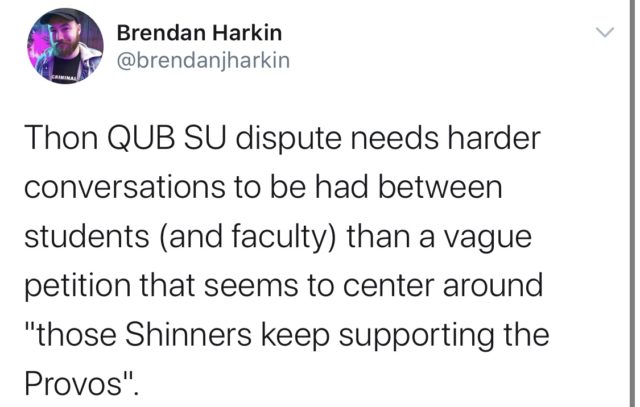 Ní Dhaimhín’s experience in student politics and representation on campus has been praised by those defending her. Queen’s graduate Michael Jardine noted how the points raised in the initial diatribe by the Newsletter were ‘pretty cheap’.

He continued in his defence saying how of the points made, The Newsletter, ‘fails to mention the work she’s [Ní Dhaimhín] done to tackle rogue landlords in the Holylands or insuring access to education. Yes she has a Republican perspective, but she’s hardly sectarian’.

Further to this, Politics student Caoimhín McCann tweeted how Queen’s University Belfast is not the oppressive cold gate for Unionists, which Mr Aiken claims it is, saying, ‘When I start at the front gates of QUB I will walk past a British War Memorial and Whitla Hall (named after a UUP MP), I’ll walk through the Lanyon (Named after a Tory MP). I’ll look up at the old logo with the Crown over the Harp, in a university called Queen’s. Cold house’. 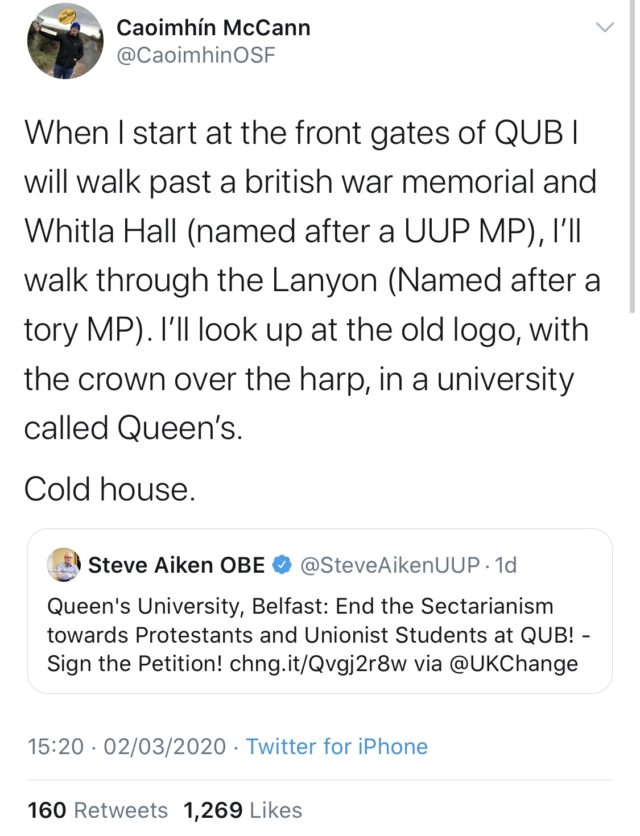 In a statement released to The Tab, Queen’s University Belfast said: “The Students’ Union at Queen’s is the representative body for the students studying at the University and is led by a team of Student Officers who are elected annually by the student body”.

“Grian Ní Dhaimhín was voted into office by the student body and is due to take up post on 1 July 2020 for the 2020-21 academic year. Once in post, the Students’ Union President, as with all Student Officers, is required to adhere to a Student Officer Protocol, detailed in the Constitution of the Students’ Union, which details responsibilities and conduct relating to their role.”