Leaflets which encourage students to drink less in order to avoid being raped are being distributed across Belfast by Police Service Northern Ireland.

A Queen's University student came across the flyers today whilst they were being shared in Belfast.

The PSNI have claimed that these are old flyers and have not been in circulation for some time.

Created and designed by the Police Service of Northern Ireland, the flyer reads: "Alcohol is the number one rape drug. How much have you taken already?"

Following this the PSNI have provided a 'S.M.A.R.T' acronym to consider in regard to rape:

Say NO to any sex you don't want. Make yourself clearly understood. Alcohol affects your judgement so watch what you drink. Rape stays with you for life. Take care of each other and don't go off with someone you've just met.

The reaction to the leaflets has been widespread over social media and the overall feeling being that the PSNI are telling students to drink less in order to avoid being raped, which places the blame on the victim and not the rapist.

The pictures have been shared nearly 300 times, each condemning the wording, design and distribution of the leaflets. 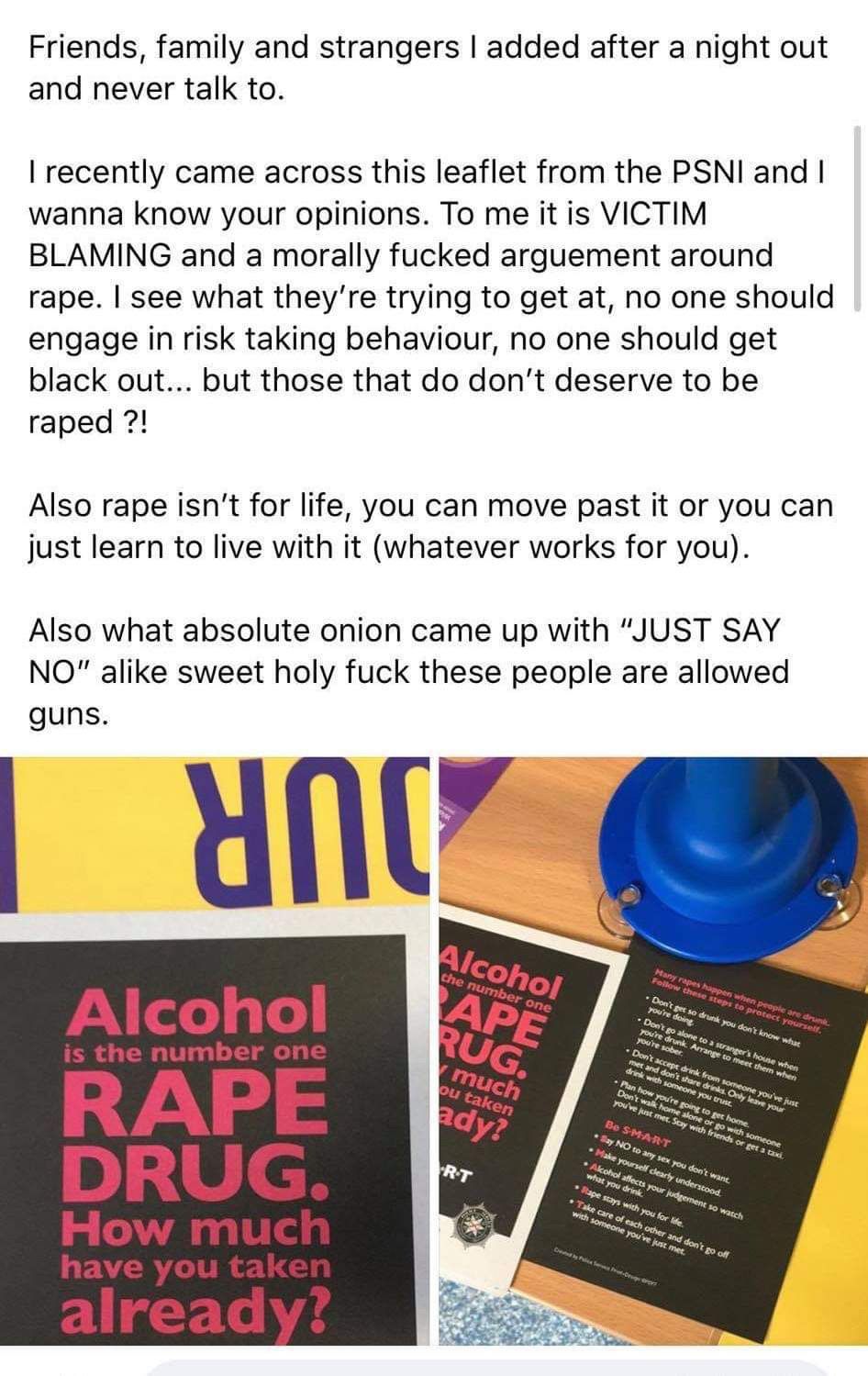 The original post by the Queen's student read: "I see what they’re trying to get at, no one should engage in risk taking behaviour, no one should get black out… but those that do don’t deserve to be raped?!"

Shannon Walsh, student at University of Ulster also shared the post, writing "Rapists are the number one cause of rape!"

The leaflets are said to be old, as one Belfast resident commented that they were also distributed years ago as well as today.

PSNI told The Belfast Tab: "This poster has not been used in any recent PSNI campaigns. Our current campaign around this issue is No Grey Zone. Details of this can be found at https://nogreyzone.com."

Boojum to give away free burritos upon post Covid reopening