"All right. Let's change the world" says QUBSU president, Connor Veighey, to his companions. The group have come from Queen's to join the student strike in aid of the growing climate crisis.

Thousands gathered yesterday in Belfast city centre to protest against climate change. Members of the Green Party, Sinn Fein and the Socialist Party joined the rally that lead to Belfast City Hall where a speaker took to the stage to say; “If you are not outraged you are not paying attention”. 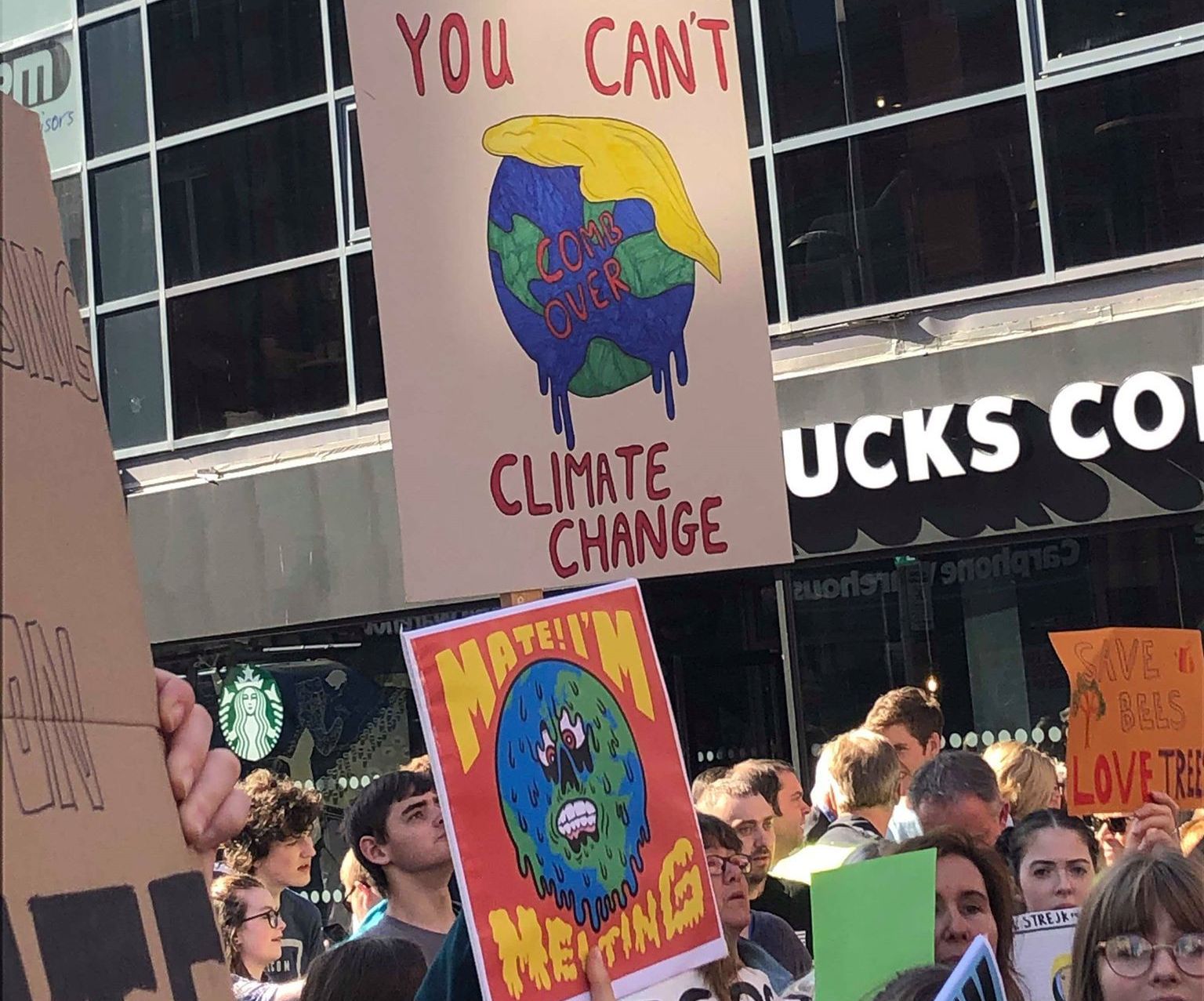 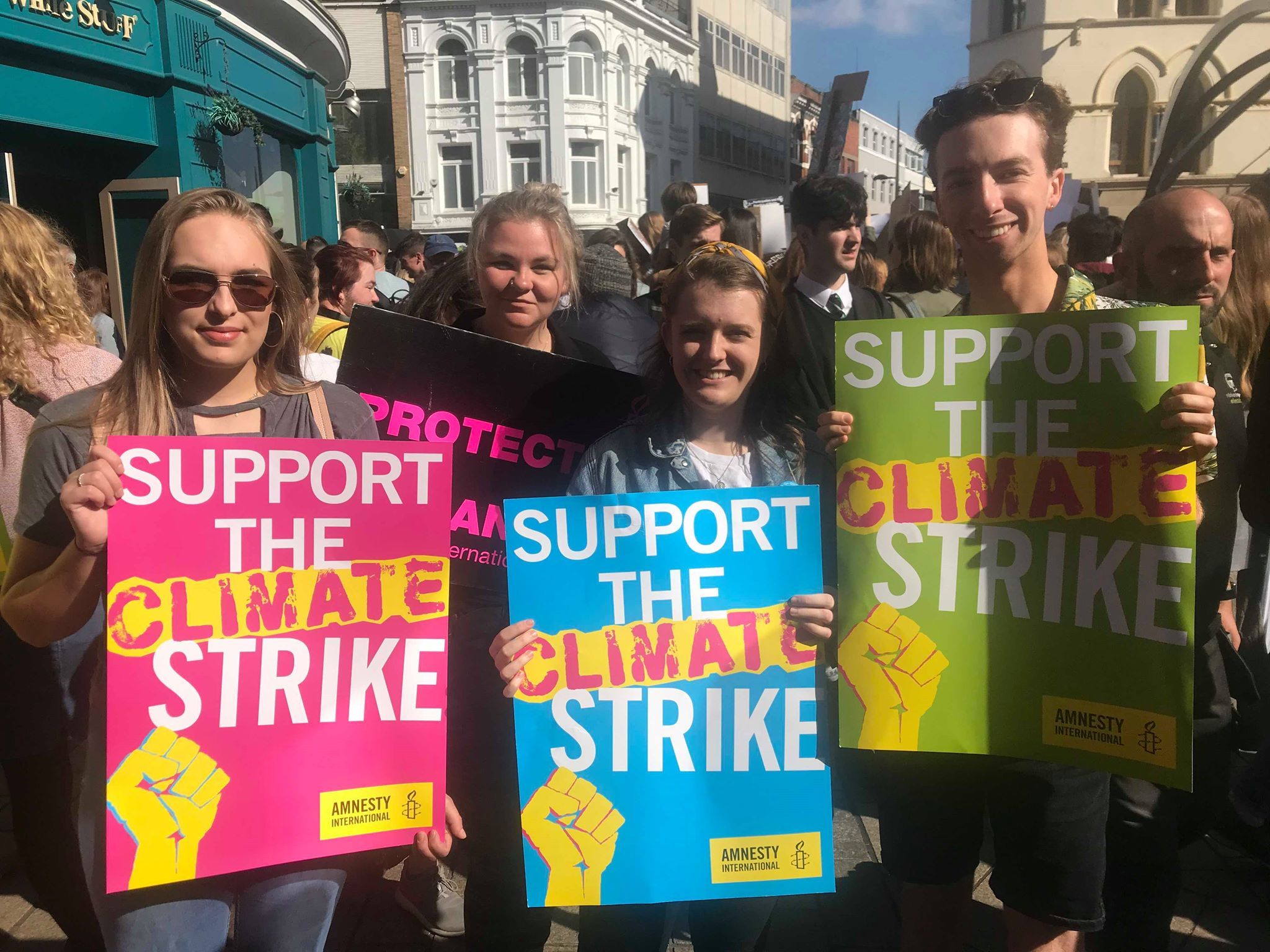 Activist groups such as Amnesty International were also making their voices heard with chants of "This is what democracy looks like" echoing around Belfast. 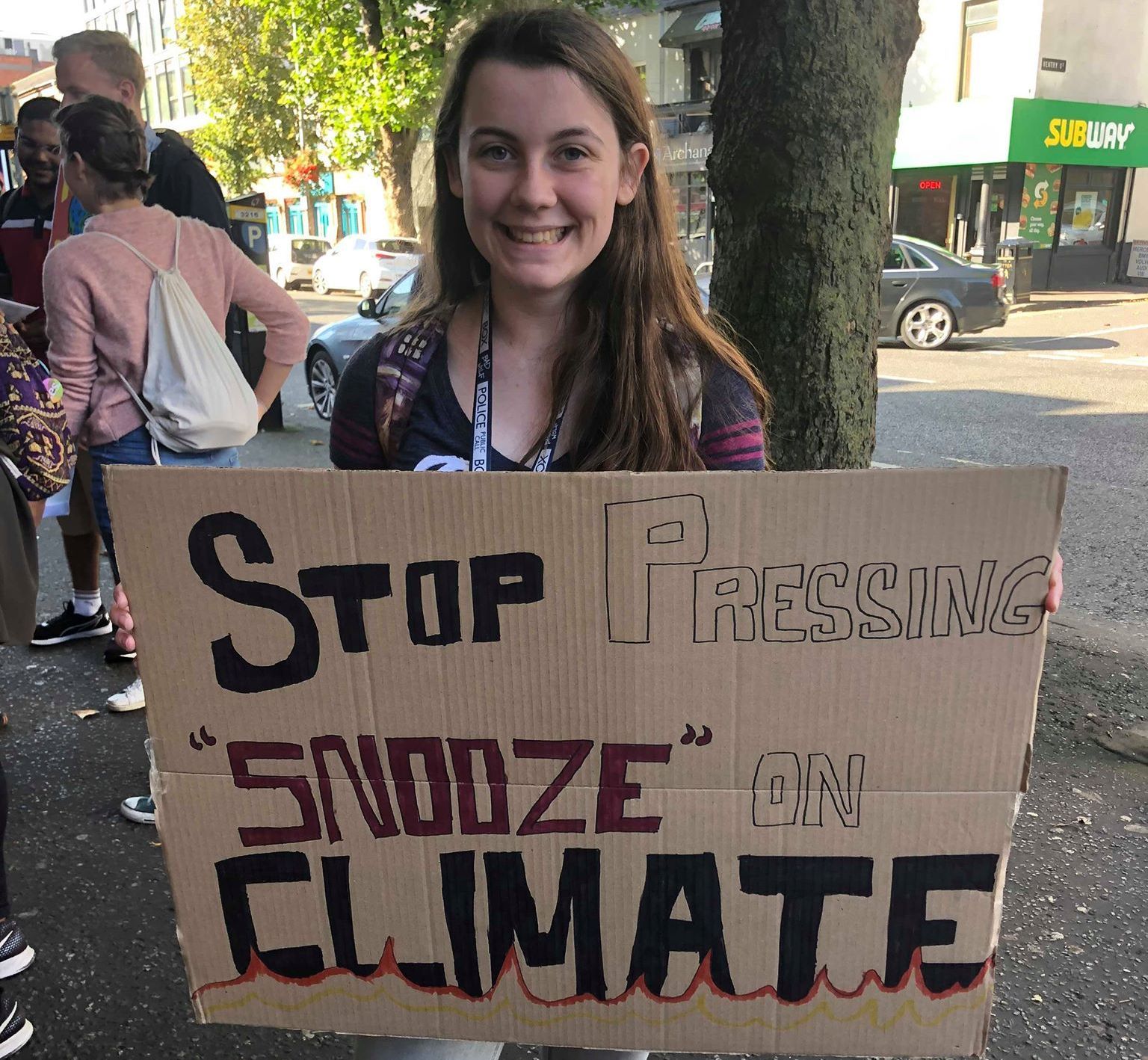 "I am striking for my future because I do not have the privilege of it being clear" said Sierra, A Queen's first-year from Canada. "I am striking to protect our planet, because this is our one chance and choice." 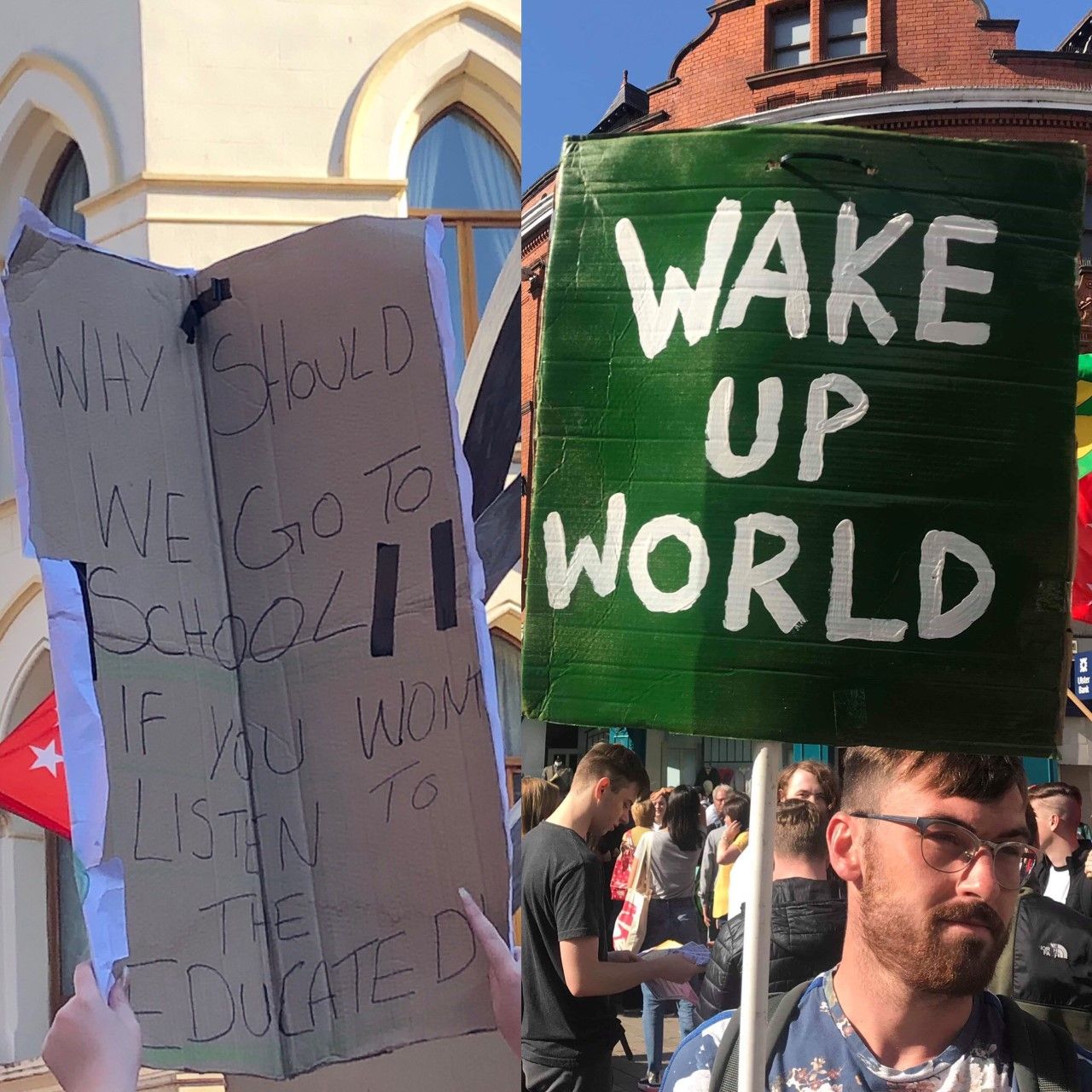 "Why should we go to school if you won't listen to the educated?" read one sign, as hundreds of students walked out of their school day to march. 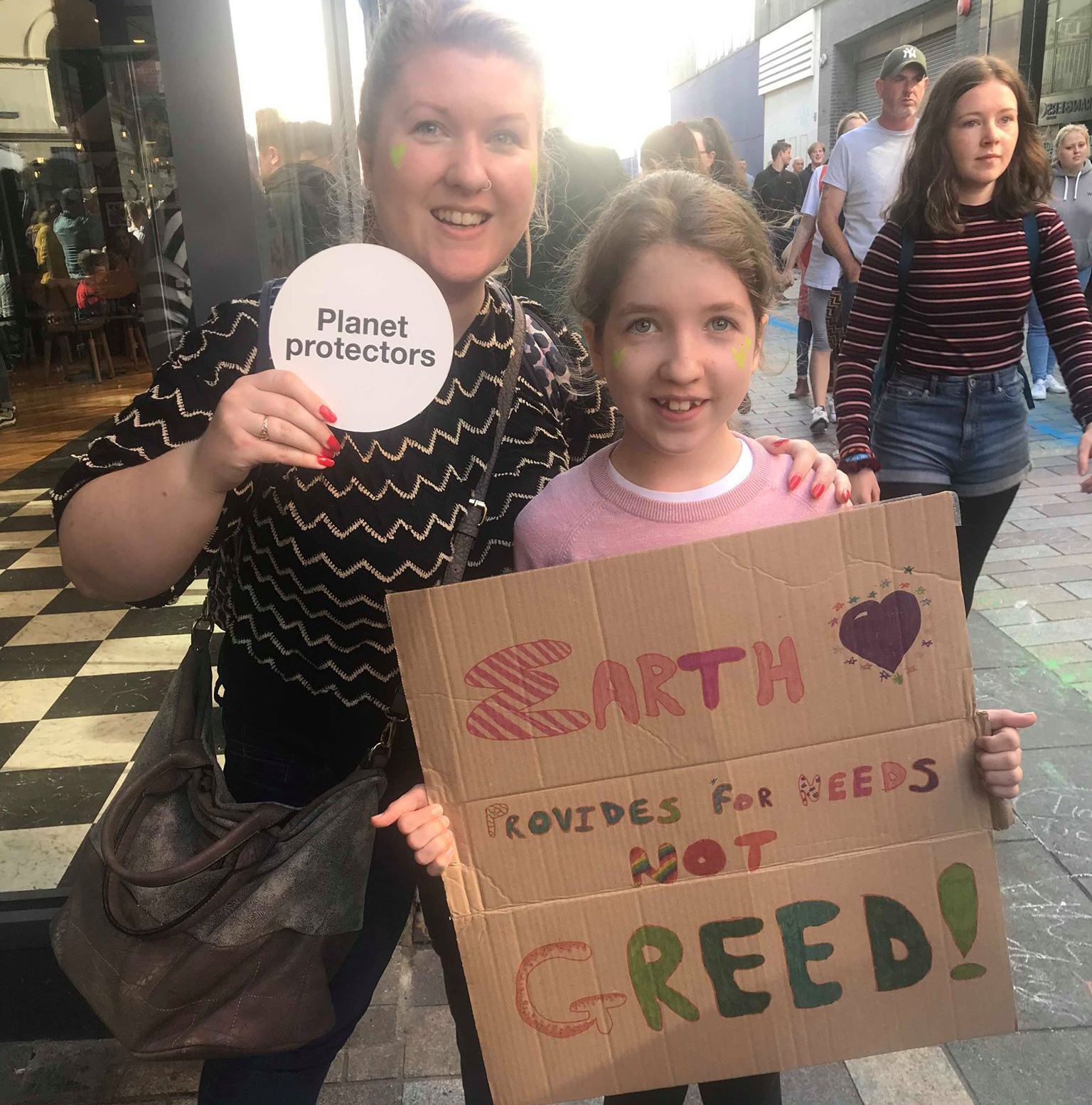 Shops such as Oxfam and Lush were closed in support of the strike. Emma (pictured above), who works for Lush, attended the march with her daughter. She told The Tab "I have made a conscious effort not to buy any new clothes this year; they are just not needed." 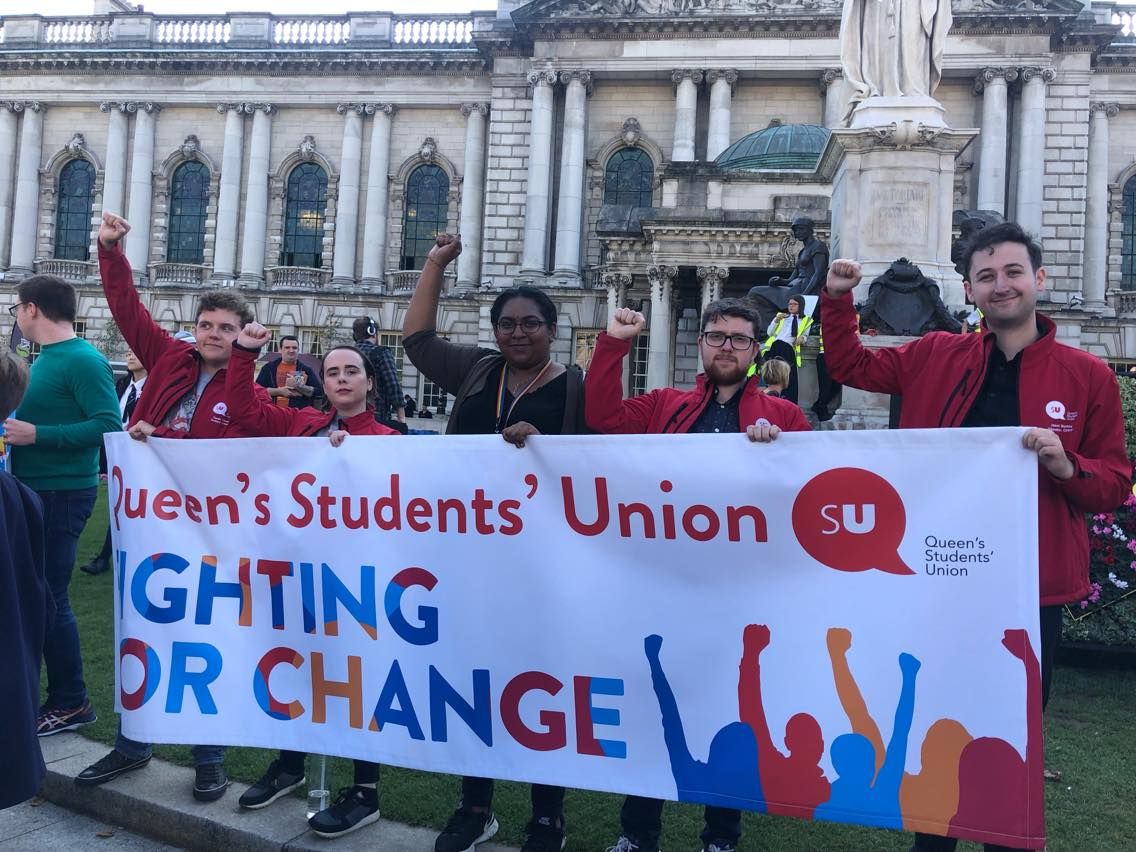 Members of QUB Student's Union, pictured above outside of City Hall, marched with their fellow students to chants of "students united will never be divided."

Nathan Davey, Economics student at Queen’s, said he almost didn’t attend the strike but quickly changed his mind when he realised “This is for my future, my children and their children too. We need to be heard.” 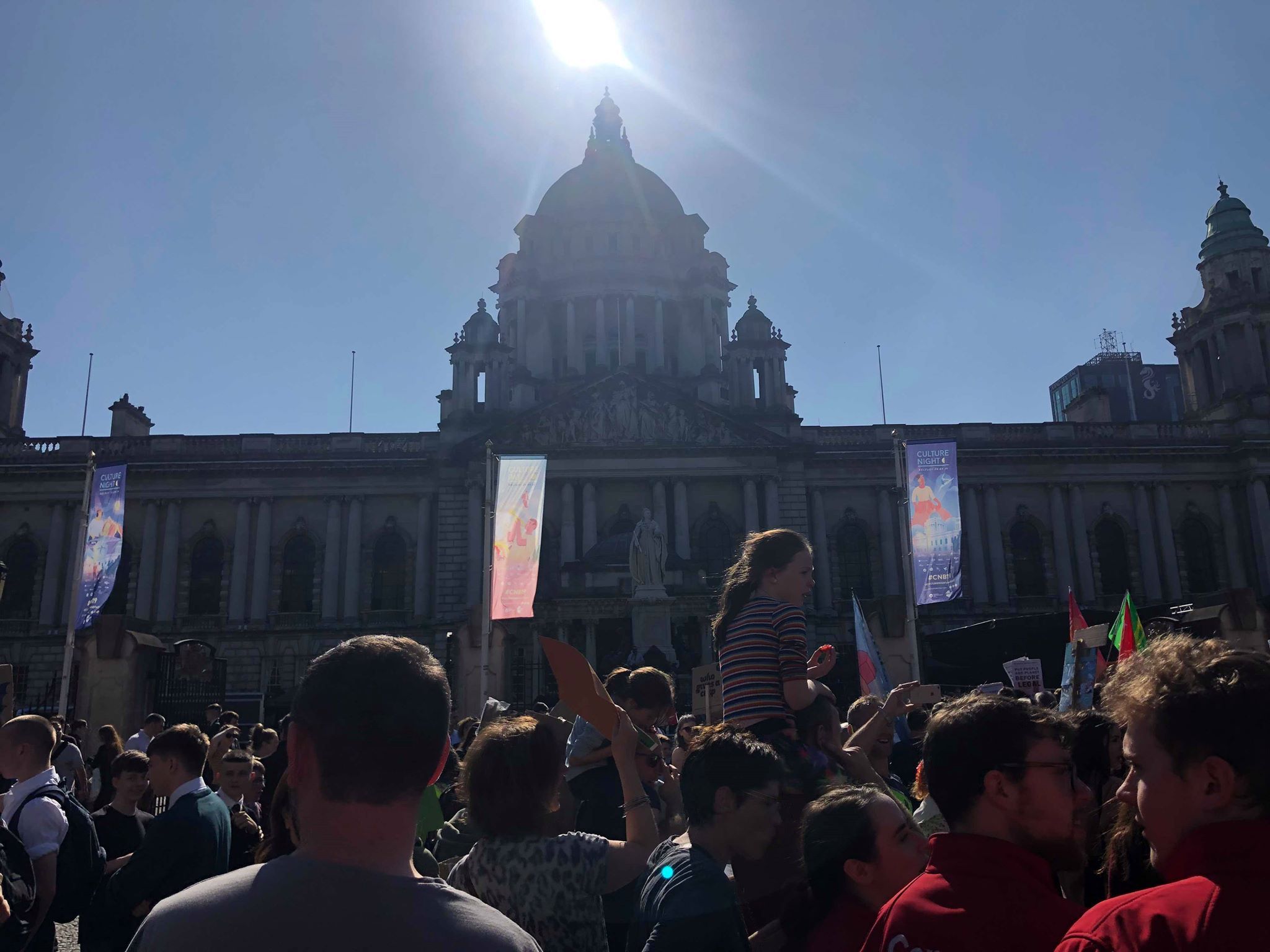 The rally concluded at City Hall where speakers addressed cheering crowds. Shouts of "system change, not climate change" filled the busy streets as Belfast played its part in the world's fight against a climate crisis.