The solidarity with Alabama is what Northern Ireland needs

Alabama has been placed into the spotlight due to its oppressive near-complete ban on abortion in the state. Under the new legislation, abortion will be illegal in all cases, with the exception of the mother’s life being at risk.

The legislation has been greeted with a flood of opposition on a global scale. The abortion ban in Alabama needs to be fought, though the fight can begin closer to home with Northern Ireland, which has harsher abortion laws than Alabama.

Amnesty International UK has denounced the Alabama legislation as “horrifying”, and reminded that women in Northern Ireland face similar legislation that is “no better“.

The fury towards the new law in Albama is what we have been feeling for years. Women and pregnant people have never had abortion access here. Where's this fire to stand up for us. https://t.co/ICJ3Jn5P0T

Northern Ireland also possesses a near-complete ban on abortion, where women and anyone who assists them, can face life imprisonment for having an abortion.

These laws have forced those in need of an abortion to travel to England, and more recently the Republic of Ireland. The consequences of such a ban means those who wish to have an abortion must face an expensive, isolating journey to access health care.

Even though the legislation violates international human rights laws, the situation has not been given much media attention in comparison. 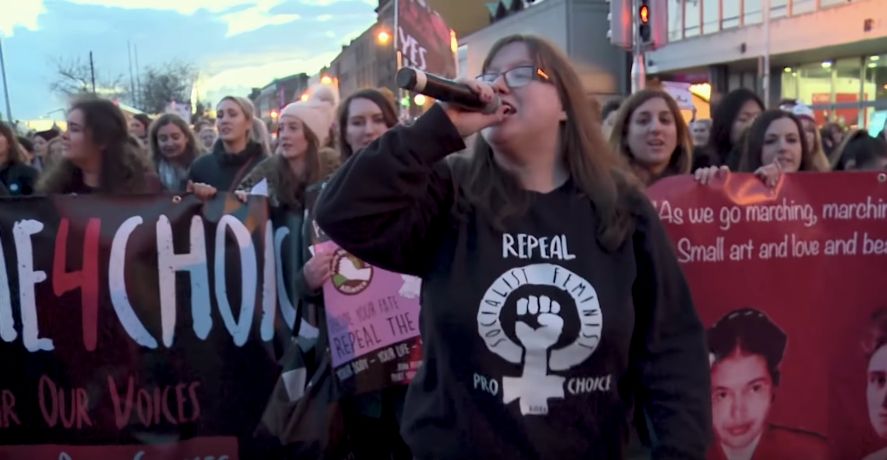 There has been a rise in support for the decriminalisation of abortion in the north following the success of the Repeal the 8th campaign in the Republic of Ireland.

This support can be mainly seen online, using the phrase ‘The North Is Next‘. Many activists, including NowforNI and Amnesty International UK are reminding those upset by the Alabama abortion ban that Northern Ireland faces one of the strictest abortion bans in the world.

The UK Government has remained silent on the violation of reproductive rights taking place in Northern Ireland, which has led to criticism from Amnesty International UK and other activists.

Some argue Westminster cannot change the legislation in Northern Ireland on abortion, due to it being a devolved issue and because Stormont are in control of the situation. 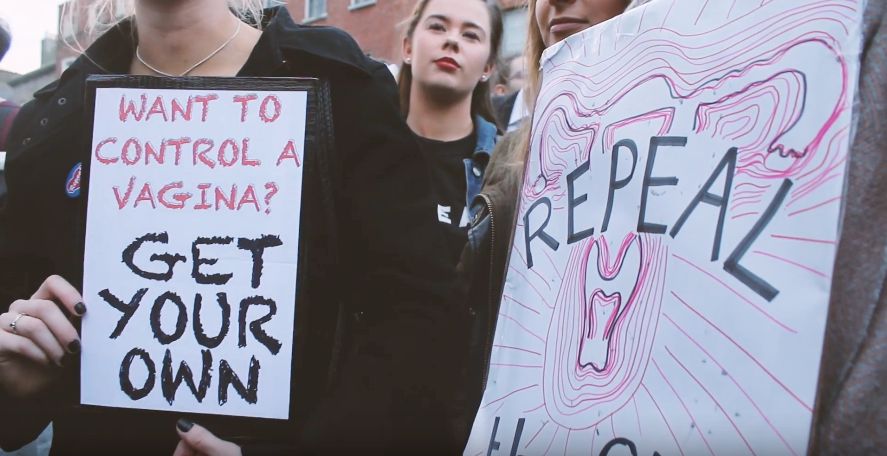 Stormont has been suspended since early 2017, and if Westminster felt the need to, it could force through legislation. But many feel this situation is unlikely due to change because of the Conservative Party’s relationship and reliance on the Democratic Unionist Party (DUP).

The British Pregnancy Advisory Service (BPAS) has urged those who are opposed to the Alabama abortion legislation to channel their efforts into fighting for Northern Ireland’s legislation to be lifted.

BPAS are asking everyone to email or write to their local MPs, wherever they are in the UK, and demand change closer to home.

It’s also easy to donate to the organisations that fight for the decriminalisation and support those in need in Northern Ireland such as Abortion Support Network and BPAS.