Yesterday saw close to a thousand people take to the streets of Belfast to march in the city’s second ever Rally for Choice, in support of abortion reform across Ireland. Taking place two weeks after the sixth annual March for Choice in Dublin, the City Centre was awash in a sea of purple as people of all ages, genders and sexualities united to call for an end to the outdated and discriminatory abortion laws which harm pregnant people in the North and beyond.

Assembling at Buoy Park, the procession made its way through the City Centre past the City Hall, before finishing in the Cathedral Quarter with a series of guest speakers. Marching to a slightly different drum beat than Belfast residents are used to, hundreds lined the streets in solidarity with the protesters who led chants of “Get your rosaries off my ovaries”, “Our bodies, our lives, our right to decide” and “Hey mister, get your laws off my sister!” 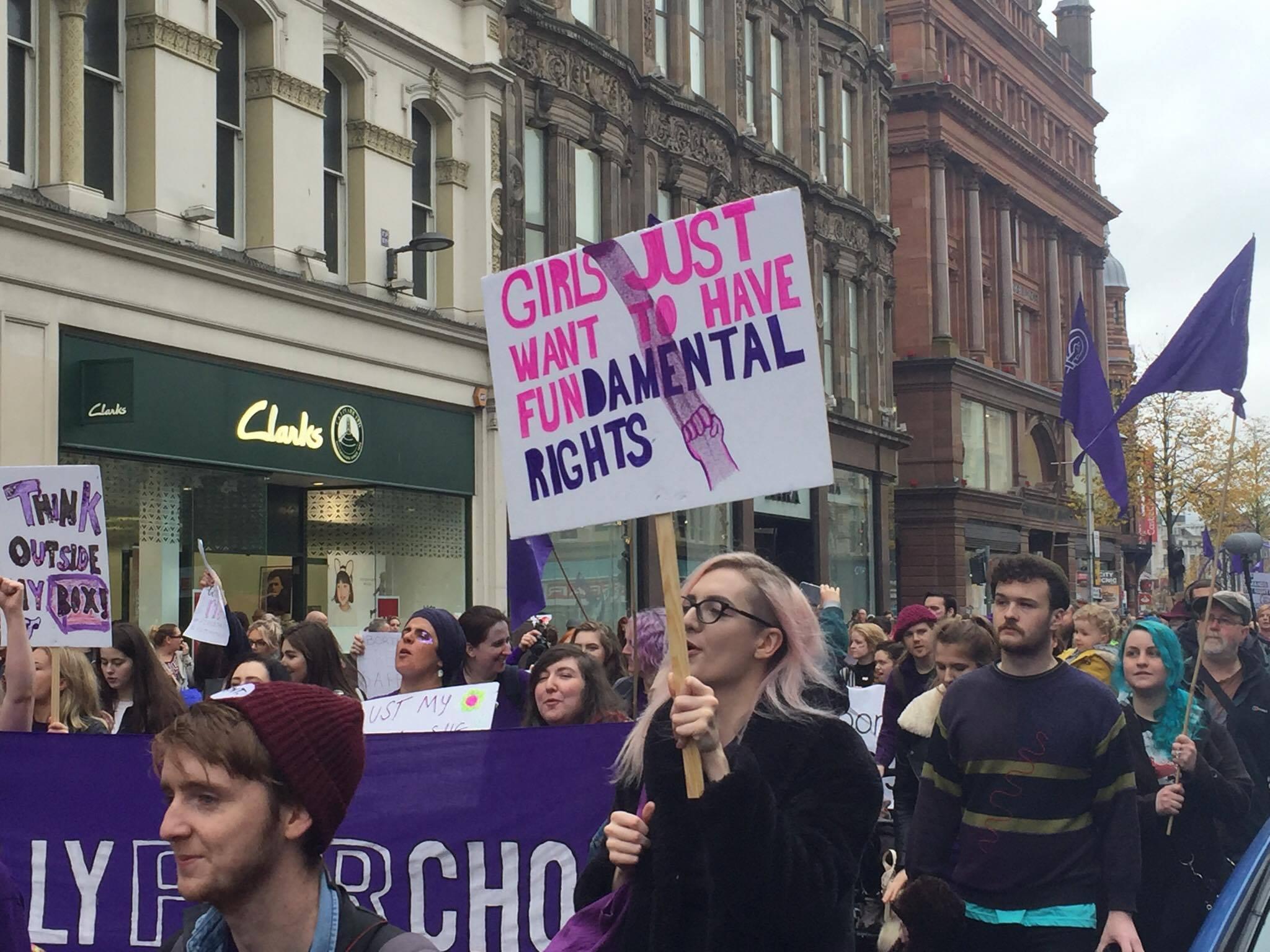 Supporters got creative with their banners, many homemade, sporting slogans such as ‘Patriarchy is for Dicks’ and ‘Girls Just Wanna Have Fundamental Human Rights’. Support came in the form of feminist collectives from across the country, as far as Galway and Kerry, and politically from People Before Profit, the Green Party and the Workers’ Party.

Behind the huge Rally for Choice banner, marchers donned purple clothing, hairstyles and makeup in support of the movement, as well as some in Victorian dress, asking the question – ‘The times have moved on – why haven’t we?’ As a police escort guided the protest through the city, grenades of colourful smoke filled the air above the procession, bringing the City Centre to a standstill. 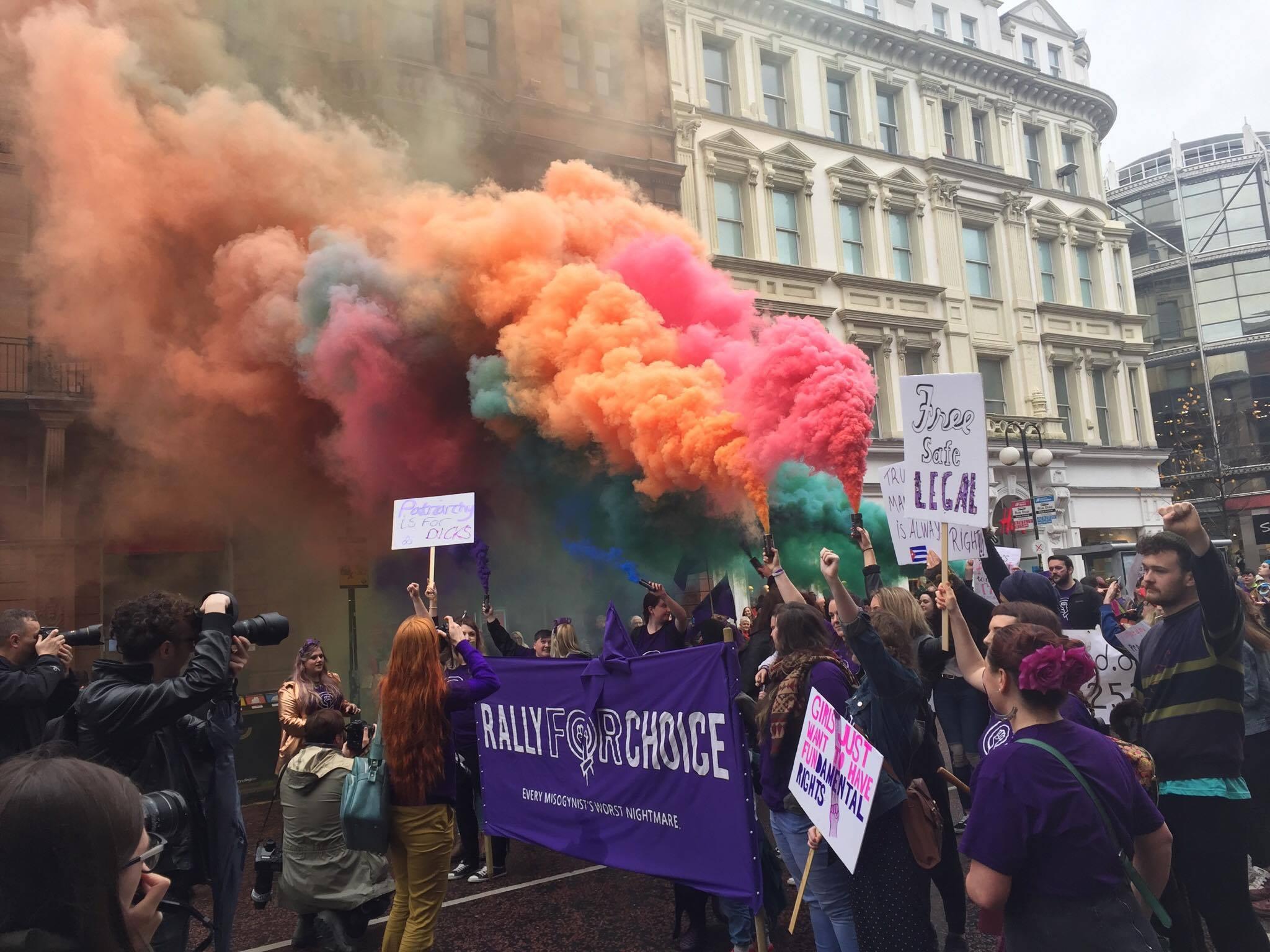 In Northern Ireland, abortion law is still governed by the 1861 Offences Against the Person Act, which punishes terminating an unwanted pregnancy with a sentence of up to life in prison. This draconic legislation predates the invention of the light bulb and even the end of slavery in the US, yet still punishes women today for a healthcare service which is available in other parts of the UK under the 1967 Abortion Act. Similarly, the Republic’s Eighth Amendment equates the life of the mother with an embryo or foetus, ranking among the strictest abortion laws in Europe.

Rally for Choice Ireland seeks to change this: the decriminalisation of abortion is not enough. Whilst the news of free abortions on the NHS for Northern Irish women in Britain are welcomed, the organisation will not stop campaigning until free, safe and legal abortions are available on the island of Ireland. Those unable to travel or those who choose to abort at home through the use of pills are discriminated against under current laws, which have been condemned internationally and do not reflect public opinion. In light of the recent Tory-DUP deal, Rally for Choice believes that now is the time to act. 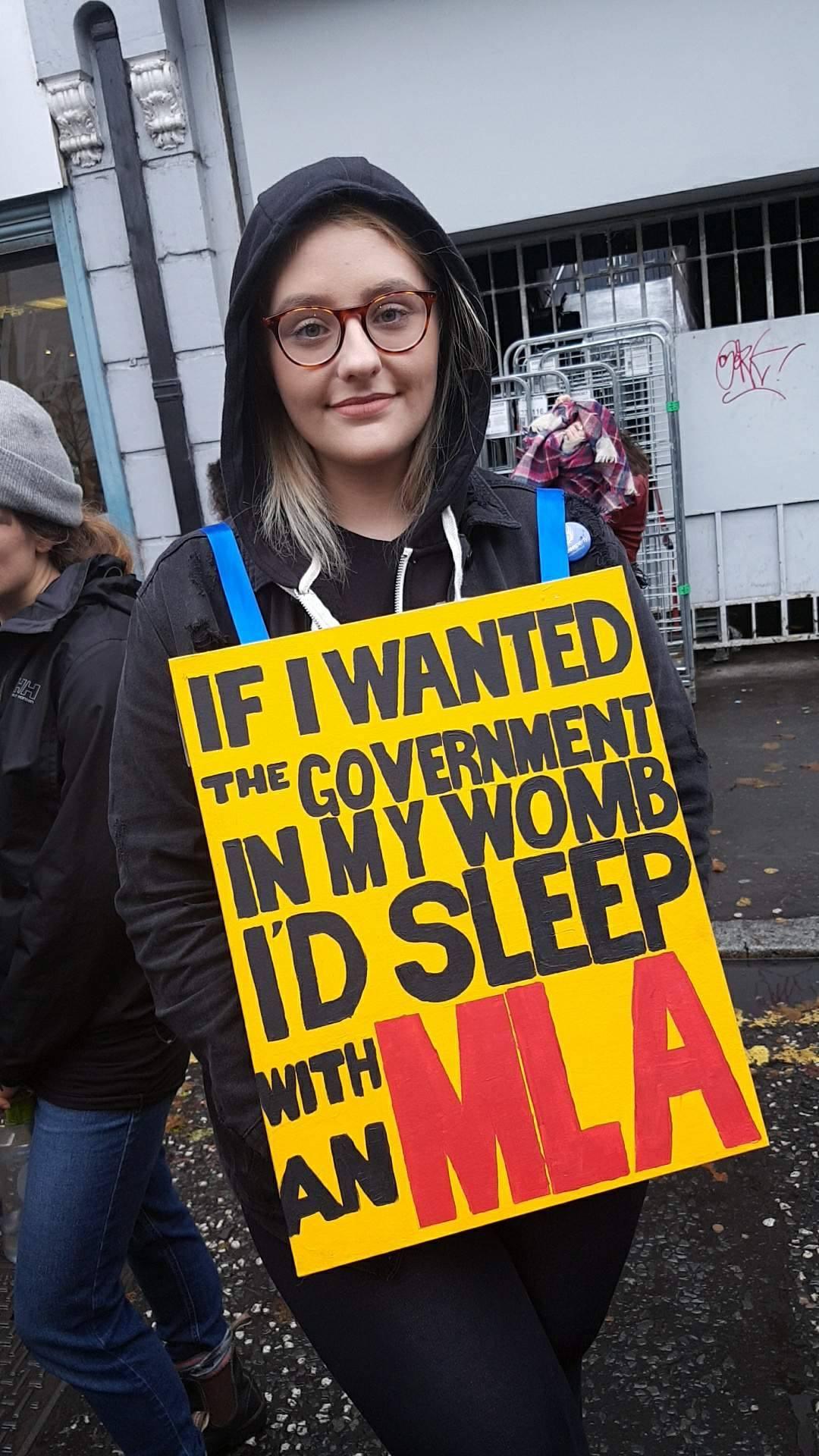 Top marks for creativity with this one

The incredible atmosphere at the Rally for Choice marked the group as a commanding force for change in Ireland. People are no longer willing to accept the bigoted treatment they receive from Stormont and have taken to the streets to actively do something about it. The cries of “Women must decide their fate” will ring in politicians’ ears as the movement for Irish abortion rights only continues to grow.

QUB announces online teaching for the next academic year