The Coca-Cola Christmas truck is coming to Belfast

So Halloween is over, the pumpkin in the corner of your kitchen has begun to develop a life system, and outside you can see the council putting up festive lights. You can no longer deny it in your true grinch form; holidays are coming.

This week it was announced that the Coca-Cola truck is doing a UK and Irish tour, returning to the UK for the sixth year in a row, and with over 40 legs. The drinks company said: “On your visit you’ll have the chance to wander through an enchanted winter wonderland, before having your photo taken with the iconic truck.” 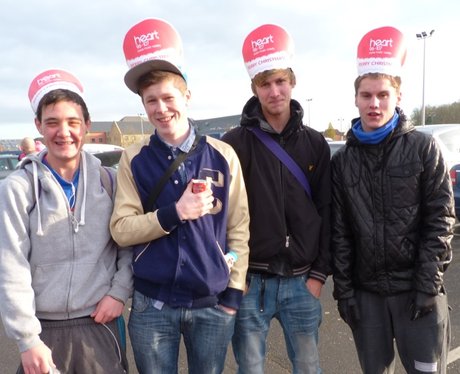 Chilling at the Cambridge truck-stop

It goes on to say that you’ll get a free can of coke (it can be a Diet Coke if you’re watching your figure). Just in case you haven’t seen the advert in question, here’s a brief reminder of one of the most heartwarming memories in the majority of people’s Christmas holidays.

Now if the enticement of free precious calories, and re-watching the famous Holidays are Coming ad, doesn’t convince you this needs to be on your Christmas to-do list, Aedamar Howlett, the marketing director for Coca-Cola Great Britain, has got the final word: “Coca-Cola is synonymous with the Christmas season and it’s no secret that our much-loved Christmas Truck Tour marks the unofficial countdown to Christmas.”

So there you have it folks, the Coca-Cola Truck is on its way, and it’s bringing Christmas to town with it; you can find out the dates for when the truck is near you here.