Forget London: Belfast has the best nightlife in the UK

They don’t even have a Thompson’s

Since news broke about Fabric’s unfortunate demise, there has been a debate over what city offers the best night out in the UK.

While many are mourning the end of London nightlife, the news offers cities around the rest of the country the chance to shine – and Belfast is undoubtedly the city shining the brightest.

With even more to offer than larger spirit measures than mainland UK (35ml compared to 25ml), prepare to have your mind blown.

It’s the best for house and techno

Belfast offers a fantastic array of nights and events, with events like Shine bringing high class DJ sets to the city such as Kolsch, Ben Klock, Hannah Wants, Sonny Fodera and homegrown talent Ejeca and Bicep.

Thompson’s Garage, with over 20 years of expertise in clubbing, has also hosted an array of DJs both well known and up and coming. KDA played Thompson’s while he was UK number one, not to mention Philip George, Format:B, Traumer, Leftwing & Kody, Nina Kraviz, Wankelmut, Riton, Camelphat… we could go on for hours listing them.

Plus the new smoking area feels like something from a Christmas movie. 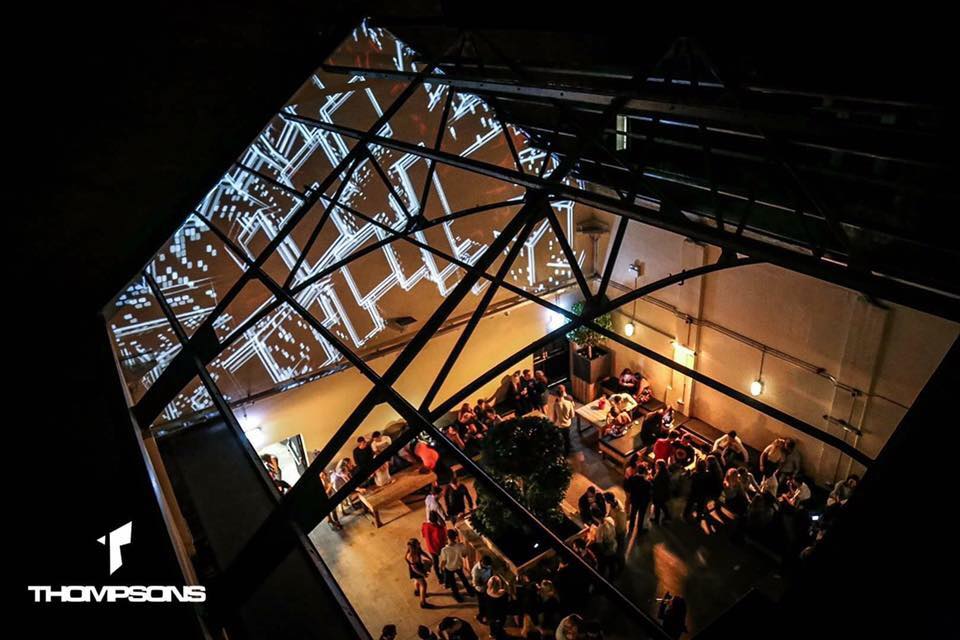 Deck the halls with double vodkas

There’s always something to do

If it’s a casual pub crawl you fancy in the Cathedral Quarter/The Golden Mile, or a legit crazy night out, Belfast has it all to offer.

From strangely named bars such as the Dirty Onion, Filthy McNasty’s and The Spaniard to old style cosy bars in the city centre (White’s Tavern and Kelly’s Cellar to name a few), the pubs Belfast offers deserve a full article of their own.

Limelight caters to both mainstream and alternative crowds with multiple venues under the one roof. You can go from moshing to Motörhead in Limelight 2, to dancing to Rihanna in Limelight 1, and amazingly, the transition seems normal to you. This added to the free candy floss, ice cream and carnival games going on throughout Limelight offer not only a great night, but a nostalgic throwback to childhood. 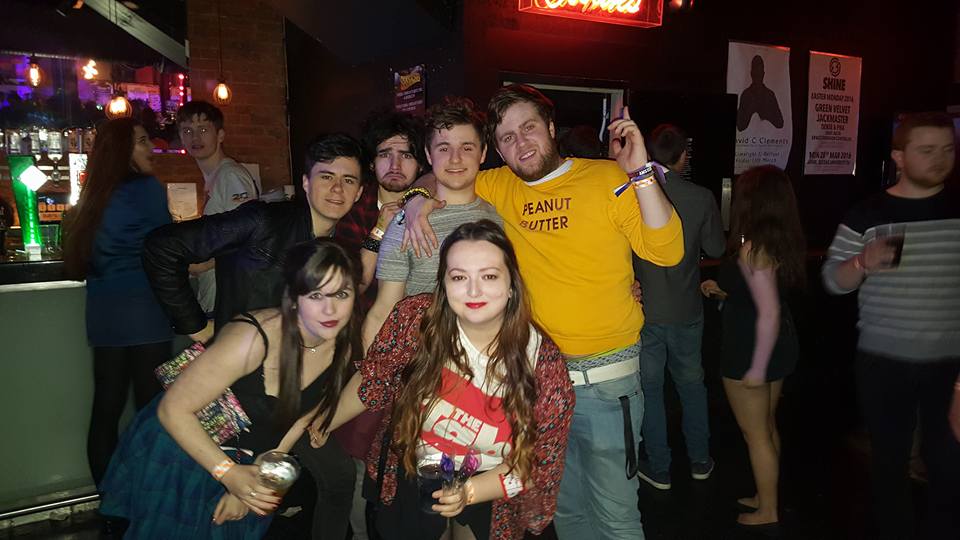 Limers – home to the 99 Problems/99 Red Balloons mash up

Lavery’s is the perfect mix up between club and pub. On the ground floor you are graced with a bar, whilst the next 2 floors are a choice between rock and techno. Lavery’s is a favoured destination of the Game Of Thrones cast with Liam Cunningham (Ser Davos), Kit Harrington (Jon Snow) and Iwan Rheon (Ramsay Bolton) all among those who have been spotted there. Lavery’s also houses a smoking area as big as the club itself.

The city also offers an underground rave scene courtesy of Annaghtek (follow them here for more information), with frequent forest parties and raves in other locations.

Belfast has an array of clubs you have to dress up in your Sunday best for. Ollie’s is located under one of the most esteemed hotels in the city and has a mesmerising layout; from the chainlink design on the walls to the guy playing the guitar beside the smoking area who will undoubtedly sing Wonderwall at least once.

Plus, the wine is reasonably priced – what more do you need from a good night out? 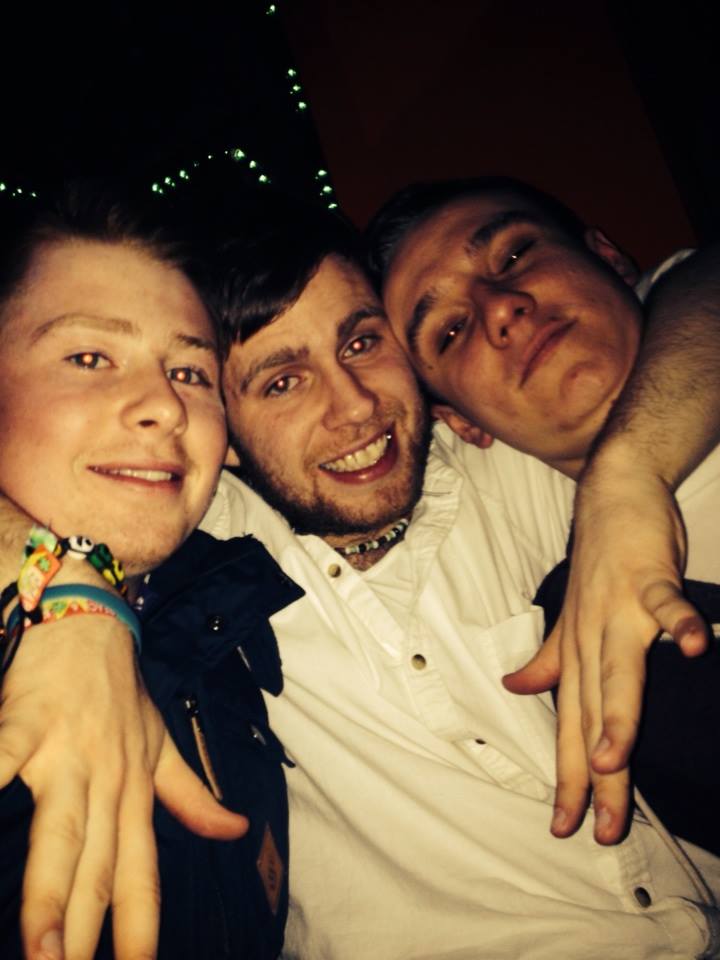 and afterall… Ollie’s £10 bottles of wine are my wonderwall

El Divino has a 3 floor layout and has hosted dance superstars such as Pete Tong, Watermät and Danny Howard in the past year alone. Not to mention a VIP area that puts Buckingham Palace to shame. The green lighted atmosphere puts you at ease, then next thing you realise you’ve ordered a round of drinks that are FAR more expensive than inside the club itself, the price of living like royalty eh?

ChinaWhite rose from the ashes of Eivissa to be the complete opposite of Eivissa. With an intricate layout involving a lot of stairs, you can forget how to leave and end up lost in the corridors.

While a nice venue, the clientele tend to be a bit more sophisticated, so we’d recommend to a professional who can afford to have that night out that’s a few pay packages above what a student should spend.

Likewise, Alibi rose from the ashes of M Club, and could not be further from what M Club was. Having undergone the facelift of all facelifts, Alibi now offers a classy night out within walking distance from the SU. Not to mention the fact they’re welcoming home Kristian Nairn (Hodor) over freshers week. Hopefully he leaves the premises safely.

Now it’s up to you to get absolutely Bran Stark’d and be unable to walk by the time the night is over. 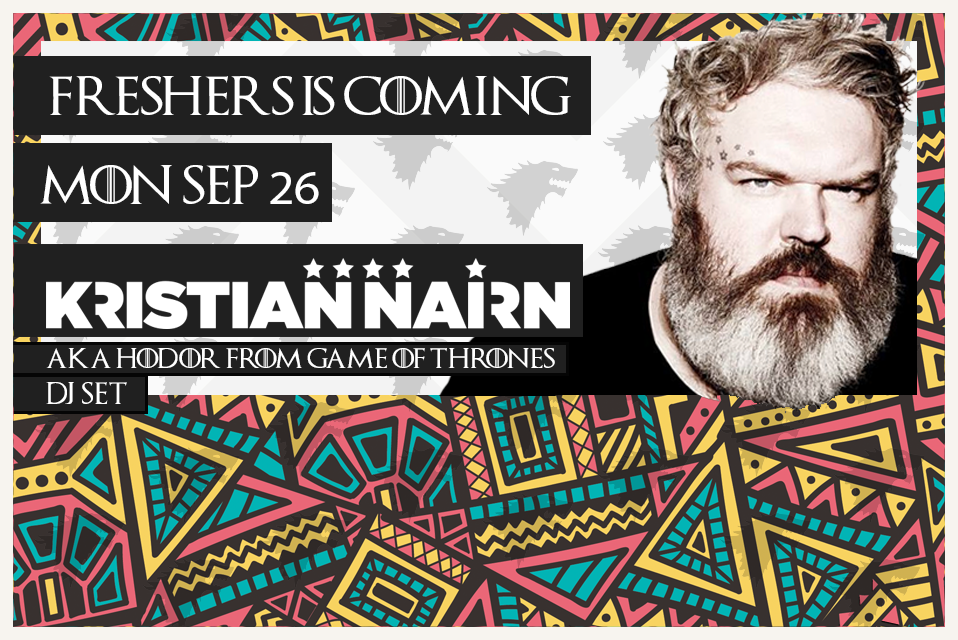 We await patiently to see if Beach Club and Mono will undergo fancy reincarnations.

And that’s not all

Belfast also offers Box, with 90p drinks on a Tuesday, BOXROX on a Saturday, and the only expensive part of your night is your taxi to the Odyssey (and your dignity).

Villa is home to the weirdest fucking toilets you’ve ever seen in your life – rusty buckets instead of urinals. Kitted out with weird decor and smelling of sawdust, Villa offers 90p drinks on a Wednesday and a host of other nights – so it’s always a solid back-up plan if your mates can’t agree on a club to head out to. 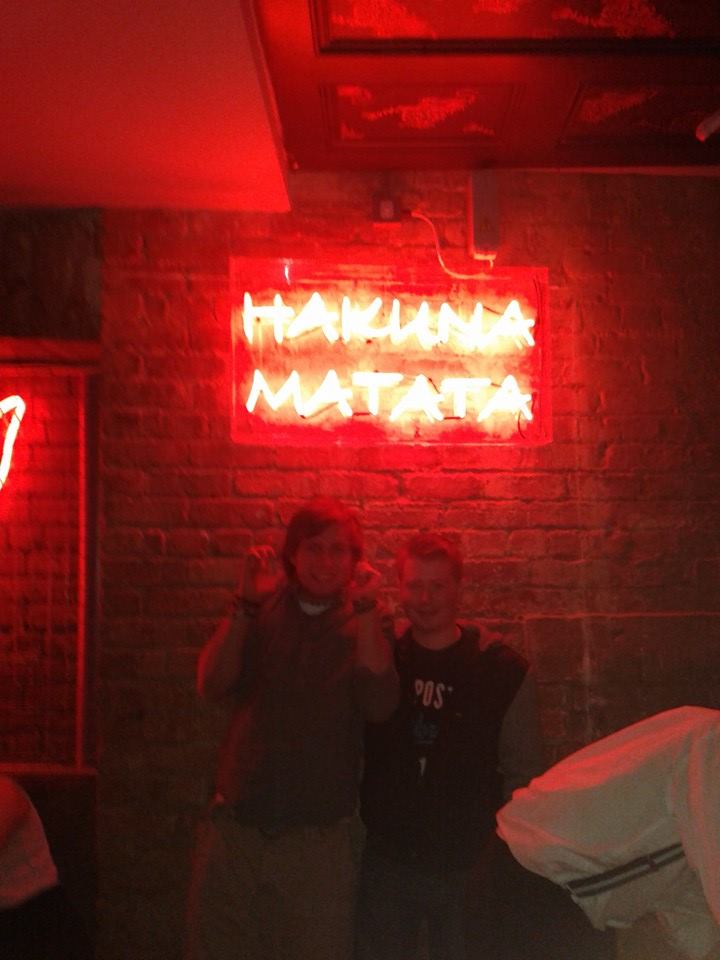 Villa also have a zebra head mounted on the wall.

Society is under it’s third incarnation in the last few years following spells as Rain and T-Street Warehouse, and it seems to be succeeding where the others didn’t. The new management have turned the venue into a booming club with their Saturday night Hush proving extremely popular, with a host of new nights launching just in time for Freshers. 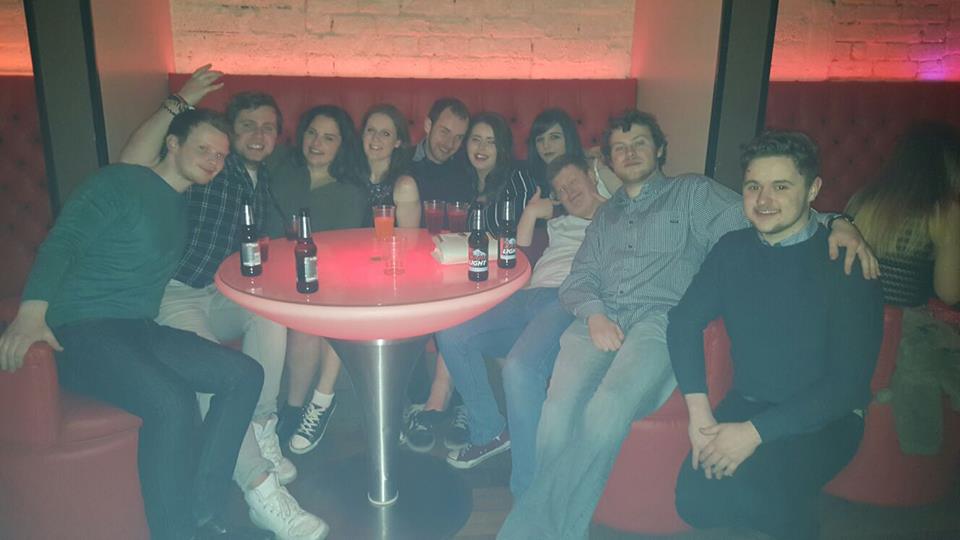 The Fly and Botanic Inn offer nights for our brown shoe wearing friends from the countryside to jive in and discuss the latest Nathan Carter tracks.

Filthy McNasty’s is home to the Gypsy Lounge, an intimate club upstairs which offers an experience like none other in Belfast. And the Secret Garden smoking area is straight out of a Cinderella fairytale. 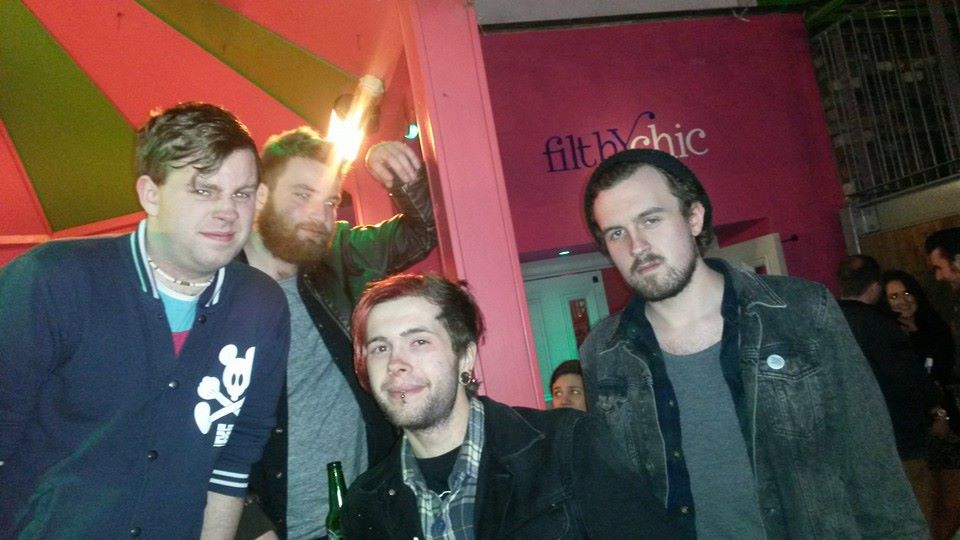 Kremlin, The Maverick & Boombox are Belfast’s best offerings for the LGBT+ community, where you’ll probably end up finding just as many straight people clamouring to get inside. Annoying, yes, but at least it means you’re doing something right. 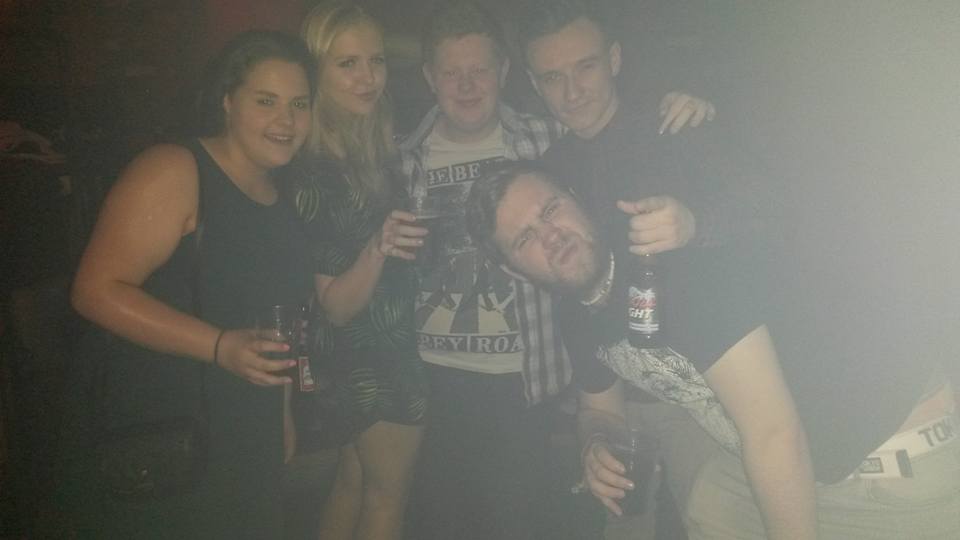 I’m guilty of straighting up the place myself

And Belfast will gain another club soon when Foundry finally sort out their alcohol license, opening up in the former Stiff Kitten premises, which has been sorely missed. The venue is moving onto it’s second life out of nine. 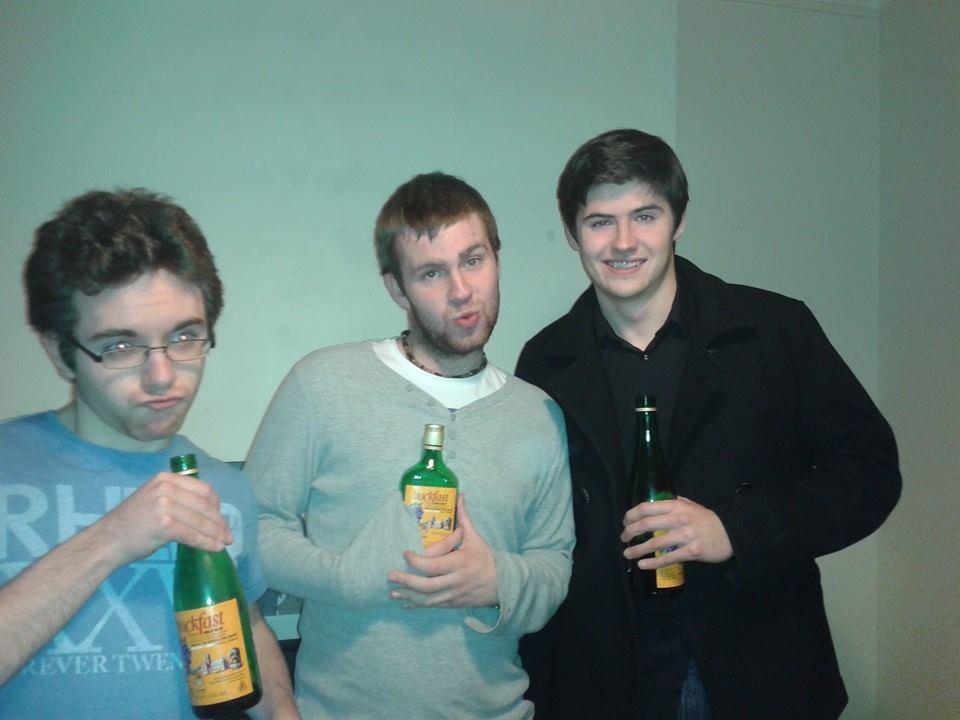 To summarise Belfast’s nightlife: whether you’ve been pre-drinking in the Holylands where you’d easily believe Buckfast came out of the taps, or anywhere else where you’re definitely drinking something classier; no matter what night of the week you choose to head out – you’re spoilt for choice and you’ll have a remarkable night in any of Belfast’s locations.

Whether or not it’s ready to sit on London’s vacated throne, as it offers everything, it can’t be far off.