The Tab takes on The Big Lad 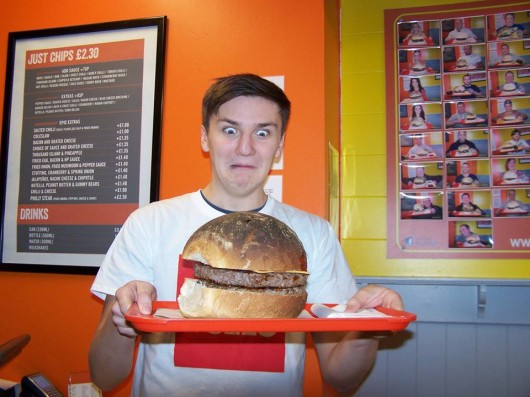 Women have conquered The Big Lad more than men, with 8% of women completing the challenge compared to a lowly 4.5% of men.

In the blue corner, weighing in at 100kgs, meet Tom Porter. 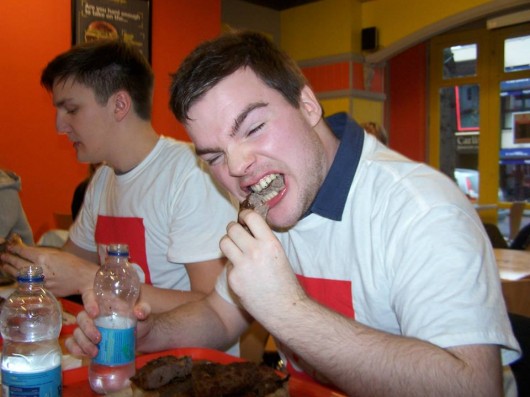 A psychology student, when asked how he would accomplish the meaty feat Tom replied, “It’s mind over matter.”  Wise, wise words. But did he psych out? Did matter outdo mind?

In the red corner, weighing in at 90kgs, meet Dave McILroy. 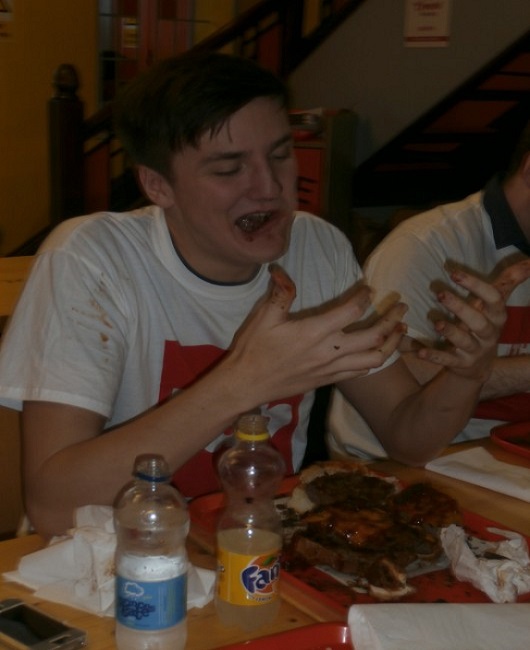 Known for his traditional gentlemanly charm with the ladies, when asked how he’d approach the epic task Dave merely commented, “Just do it. Just get it in.” Nike would be proud of his endorsement. Did he retain his virtuous manliness?

After tactically picking their condiments, sauces, and toppings, the guys were ready to go.

Tom opted for a very basic and simple… well,just a burger. Whereas Dave was brave, fully endorsing Build-a-Burger’s motto of stuffing as much in as you can. No, he didn’t add the infamous gummy bears. He did however add cheese and  BBQ sauce.

But was it worth the risk? Let’s get ready to rummmbbbbllleeeee!

The boys began chowing down on their mighty feast to the motivational noise of Weird Al Eat it amidst the cheers of friends, family and fellow Build-a-Burger fanatics. Bystanders watched in what digressed from amazement, to horror, to pure pity. 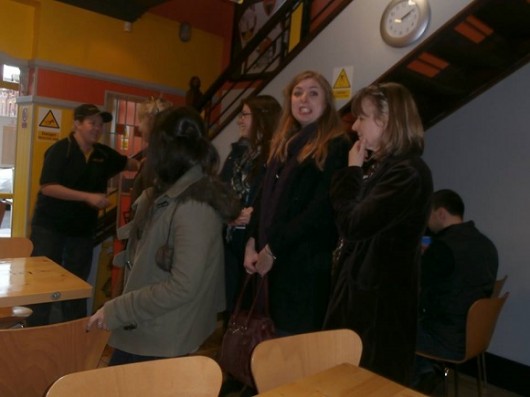 It wasn’t pretty, but they certainly did try to eat it. I can only describe their efforts as comparable to watching a pack of hyenas feast after a raging hunt. 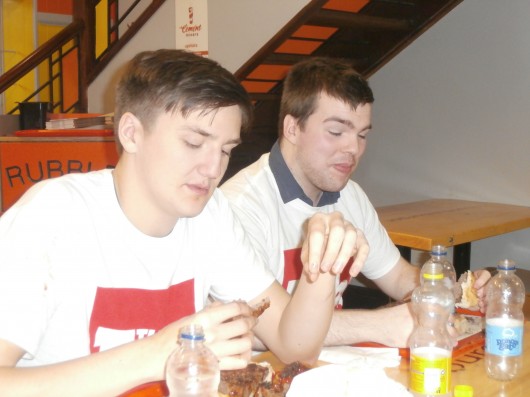 However, the lads did not as Weird Al sings, “eat it” or as Michael Jackson says, “beat it”. Rather they were defeated. The boys waved their white flags (or napkins in this case) in the 2 minute countdown to the end. 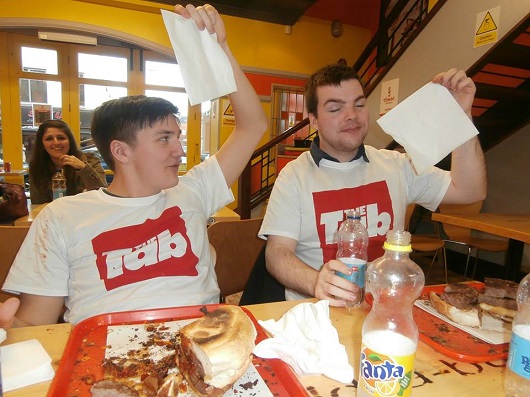 Their valiant efforts have been noted though.They are warriors (not quite yet Braveheart standard, they will not go down in history just yet, but heroes nonetheless).  Big hearts, big stomachs. 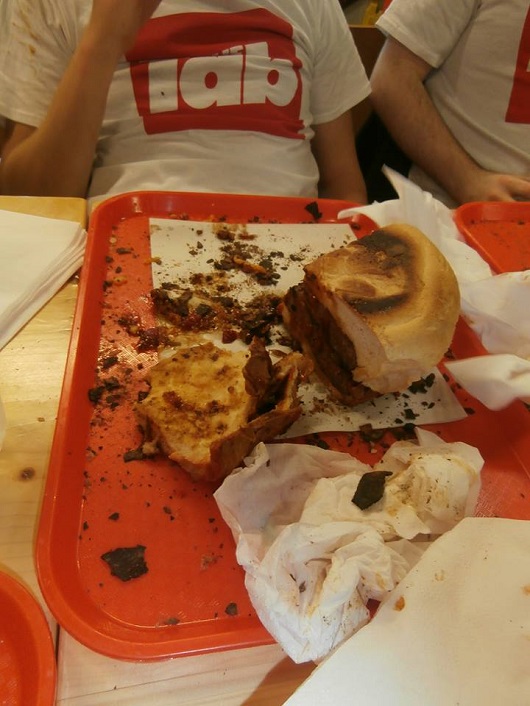 Want to watch the messy, barbecue-filled, breadcrumb ridden, sweat dripping, mouth drooling event live? See our TabTV Build a Burger Challenge on Youtube edited by The Tab’s Sarah Bryne (Who I think actually just came to watch for the chips):

Feeling hungry? I’d say head to Build-a-Burger, but only if you reckon you’re descendant from Hercules.

Twelfth of July parades have been cancelled due to coronavirus