Yes, even at Beckett

Two thirds of people say that university is the best time of their lives, a new Leeds Beckett survey has found.

The common sense study also discovered half of people will meet their best friend, and 87 per cent of graduates would recommend going. 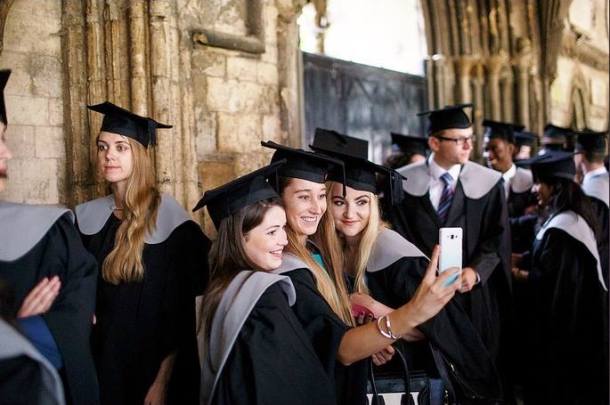 Yes, some people have a good time at uni

More interestingly, the research found 39 per cent of people meet the love of their lives during their uni years – with 16 per cent going on to get married.

Of graduates who met their future spouse at uni, a quarter met on a night out – while 14 per cent met in a lecture theatre.

However greedier grads were also present, with 14 per cent claiming they fell in love twice during their uni years.

When asked what they would say to their first year self, a whopping three quarters opted to say “go to lectures”.

The survey on the uni website also says that 61 per cent enjoyed university more than secondary school or college, before helpfully going on to provide information about clearing.

We’re onto you, Beckett.

You can see the full results of the survey here