Signs you’ve lived in Aberdeen for too long

The granite flu is upon us

For some people the aberdream has only just begun.

But for some others, like me, freshers week is already a couple years behind us and the granite city has started to rub off a bit.

Aberdeen is definitely one of the weirder corners of the world. With local celebrities like Ketamine Kyle and predators like the gulls, it's no surprise that sooner or later the ways of the city get to you too.

If you're guilty of multiple of these things, maybe it's time to book a holiday.

It's not going to get any better.

1) You've got a tanning addiction 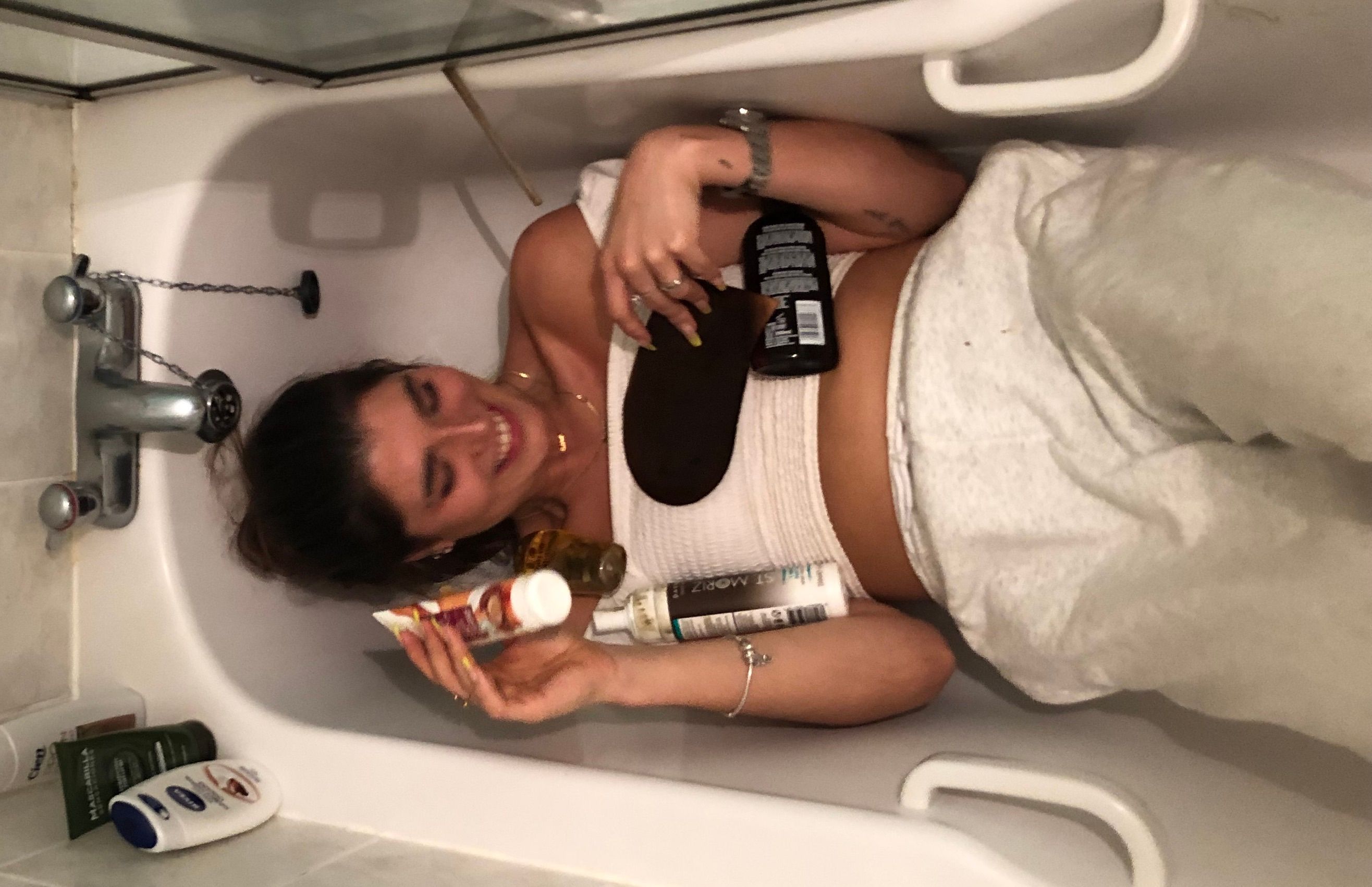 St. Tropez is the only holiday I need

If you come to Aberdeen for the first time you will probably notice the lack of colour everywhere, 50 shades of grey has found a whole new meaning here.

In contrast to the buildings you might also notice that the colour you do see here comes from the people themselves, specifically from their intense tan despite the lack of sun all year around. No matter if it's the new darker than dark Bondi sands or a 90 minute deal at Indigosun, the summer glow can be found at every corner.

If there is one guilty pleasure I have picked up here, it's this. Maybe it's just to not stand out like a ghost compared to the rest of the population, or maybe that's just who I am now.

Potentially an Oompa Loompa costume would have been a reasonable choice for halloween.

2) Wednesdays are your new Fridays 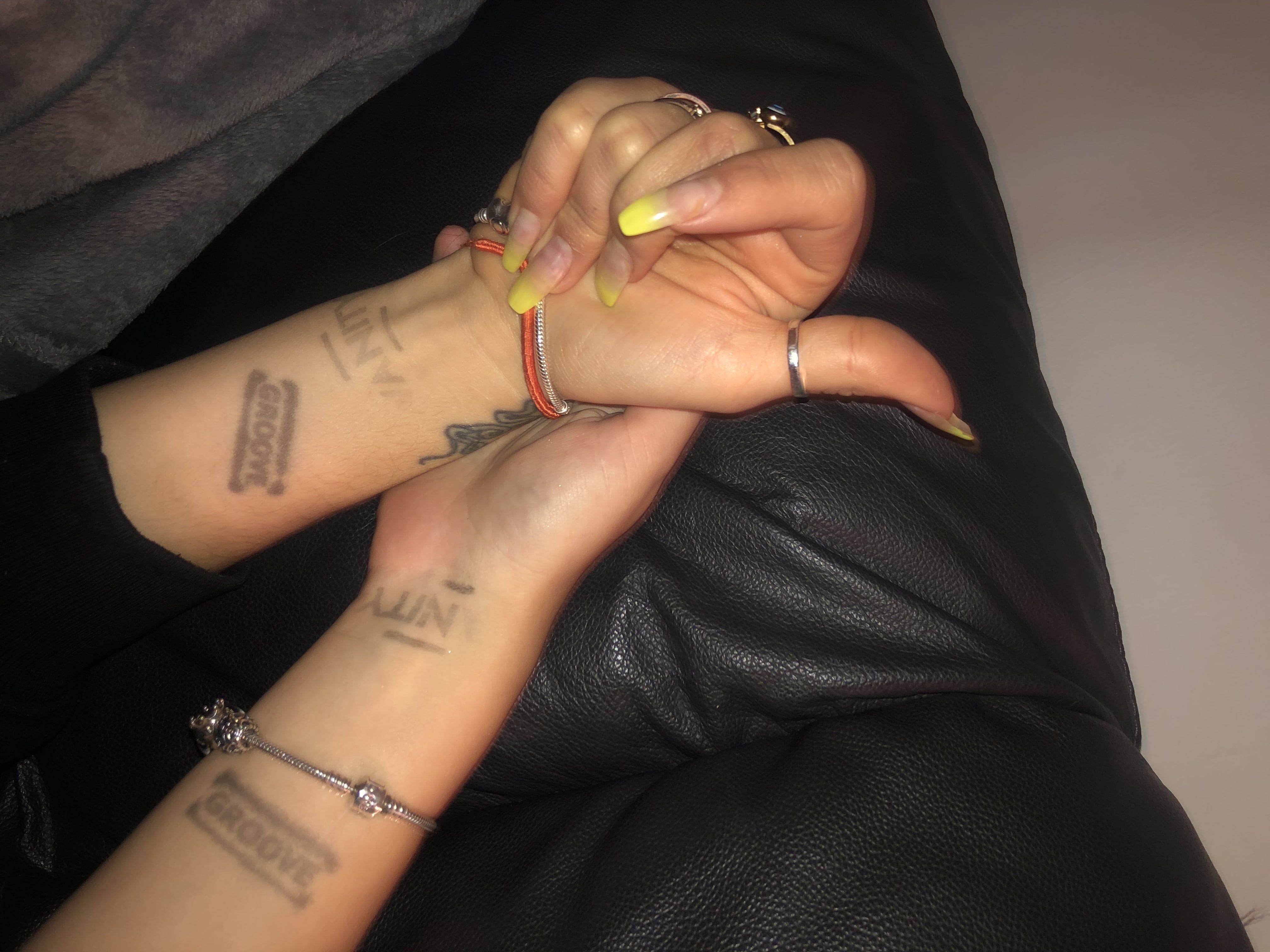 Not quite the stamp collection our parents had

If you wonder why you suddenly have the urge to tan a bottle of vodka half way through the week, don't be concerned, it's a disease that we've all come to terms with.

Medically also known as Skite, the constant need to drink is usually spread during freshers week. A cure hasn't been found yet but we do believe that leaving the affected area will help reduce symptoms.

Until then, happy Skite!

3) Sales in the supermarket give you butterflies 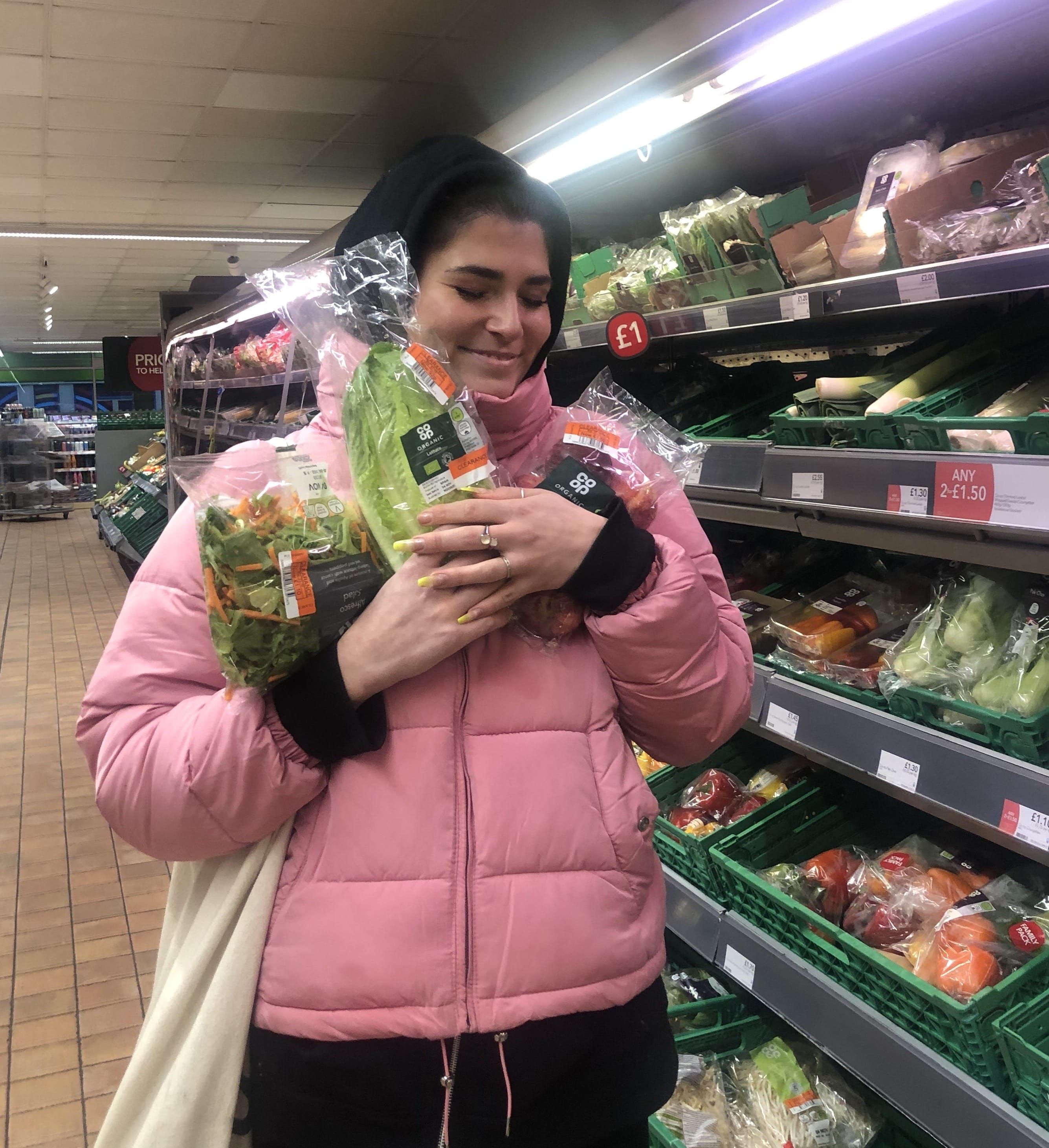 It's the little things in life. This becomes very clear after you've been to Codonas for the third time and have already seen all the movies on in Vue.

The joy that comes from seeing the sale section in Tesco is a feeling that I've never experienced before moving here.

Be it veggies for 5p or pizza for a pound, true love comes in shape of an orange clearance sticker.

Living in the oil capital comes with experiences that the rest of the UK is missing out on.

One of the gifts that come from the rigs are the offshore workers. With 3 weeks on and 3 weeks off it is no surprise that some morals get lost on the helicopter ride over.

If you've been around Aberdeen for a while you are bound to hear someone say: "Let me buy you a drink! I have money I'm from the rigs!".

Pro tip for the new aberdonians, the answer is no. 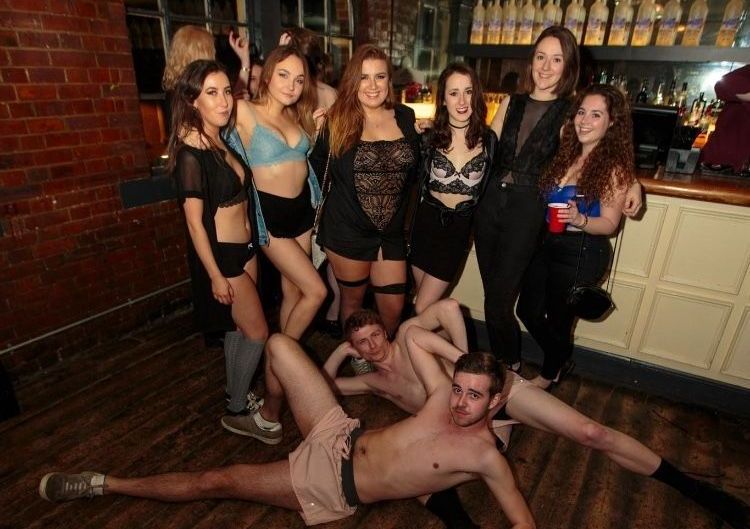 Scottish people go all out when it comes to clubbing. A two day preparation of exfoliating, tanning, buying some hair and sometimes even getting your make up done by one of the million make up artists that emerge from this city.

But it's not just the girls that throw on their tightest clothes. The amount of guys that are about to explode out of their pink t-shirts has really left an impression on me.

Throughout my time in Aberdeen my wardrobe has progressively morphed into a New Look catalogue with more neon colours than I ever wanted to admit. 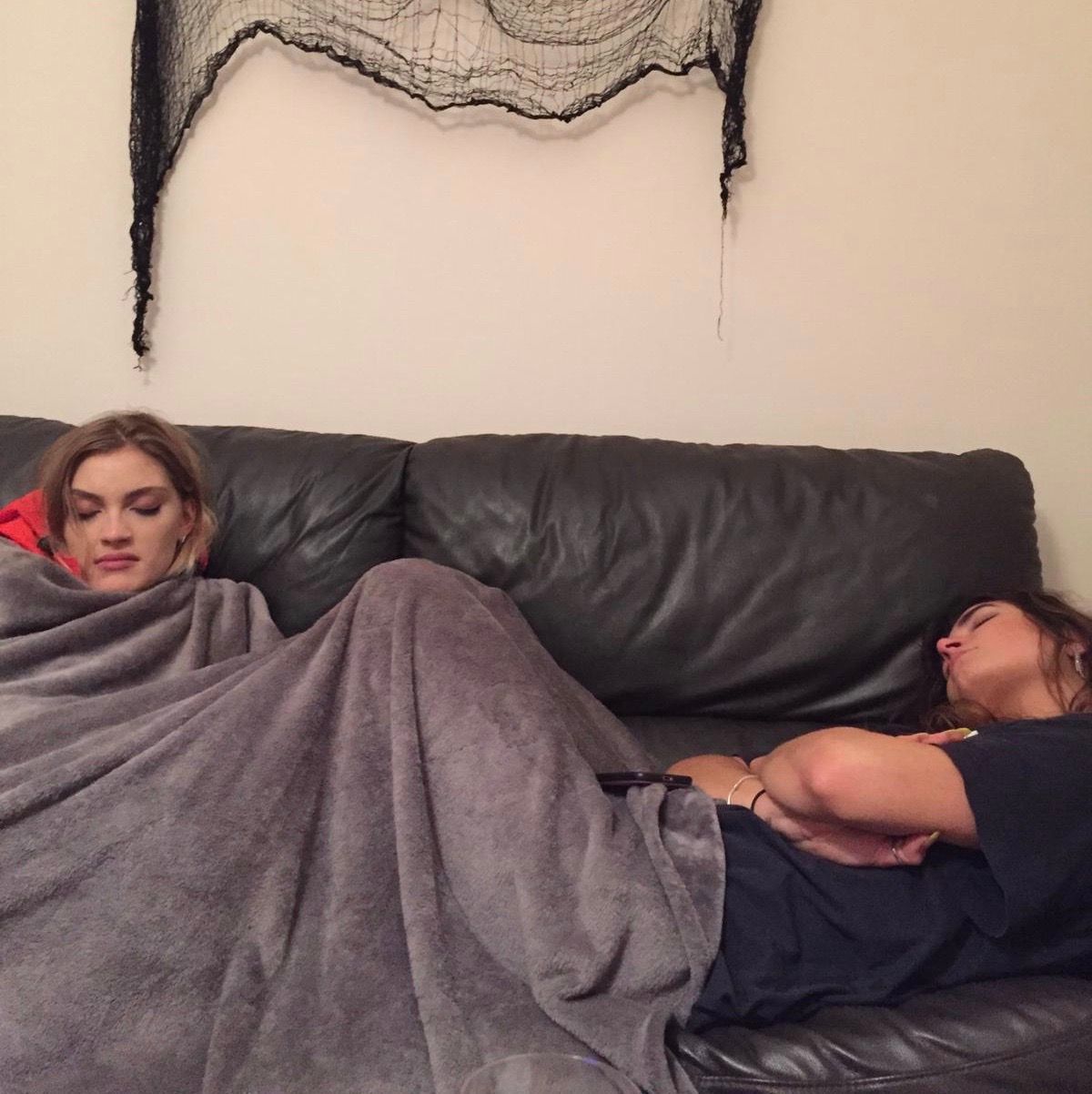 In contrast to the two days of eyelashes and heels, the majority of the time, people look more like this. Doesn't matter if it's in uni, in the shopping centre or in a coffee shop.

It's exhausting to go all out. At least no one here will ever judge you for ditching the skinny jeans for joggers.

7) Something Doric slipped out

Coming from abroad, I have been spared of picking up any kind of dialect quickly. But even with the protection of a foreign accent, the slang has snuck its way in my vocabulary. Ken?

Shame has shortened to shan and the tunnels bathrooms have made me scream out gads in disgust. Is it bad? Probably. 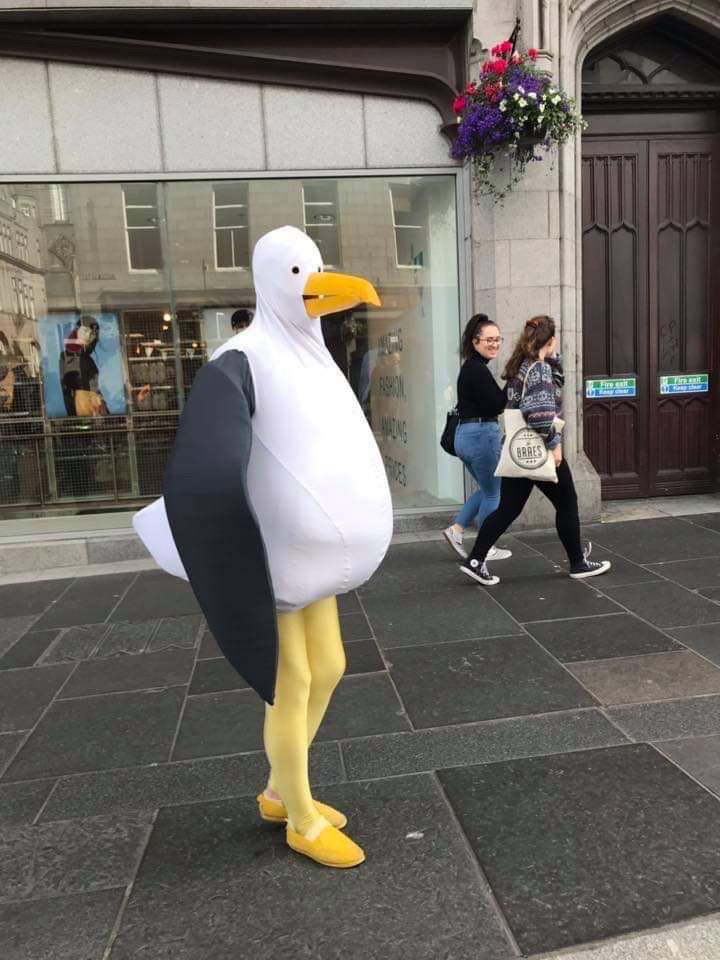 By this point, I'm sure everyone has heard about the legend of the urban seagull before, the one the council pamphlet warns you about and an actual hawk has been brought in to scare away. In my first weeks here I have gotten spared of going one on one with the mutated creatures.

But two years later I can say that I have been violated by the gull on more than one occasion, as has every one else in Aberdeen.

Watch out for your chippies, the only thing hungrier than drunk students is a seagull. 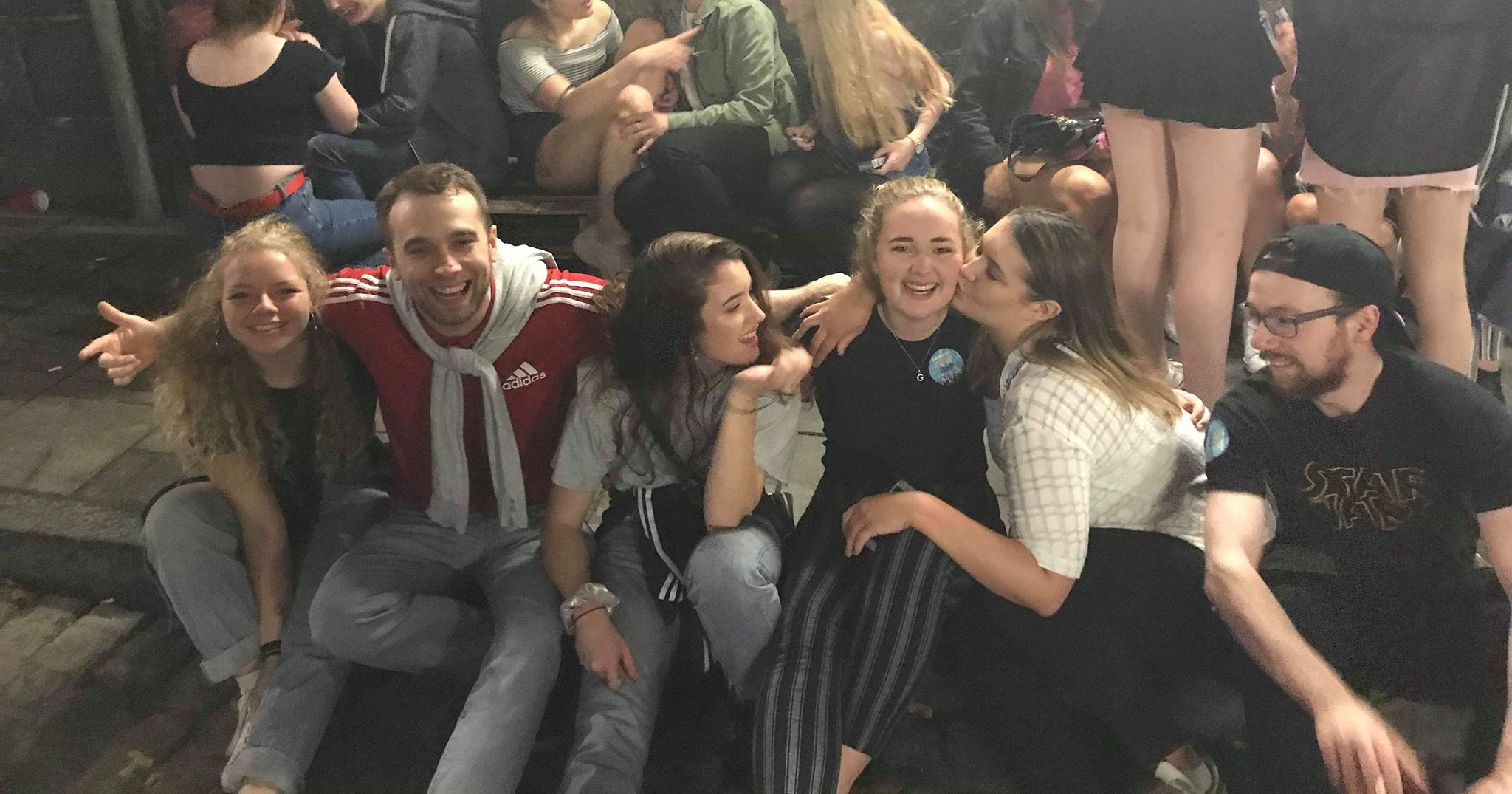 Aberdeen isn't the biggest city. While the majority of the population seems to be students, they also all seem to know each other.

During freshers' week everything is so exciting and there's a new face wherever you turn, but after a while when the clubs appear to get smaller each week, so do the amount of new people you meet. I guess hooking up with the same people is just a part of being a student.

The real danger begins once you start to meet the locals. Cause if there's one thing you will find out, it's that everyone really knows everyone. Suddenly everyone you add on Facebook already has 10 mutual friends, despite them not even going to uni.