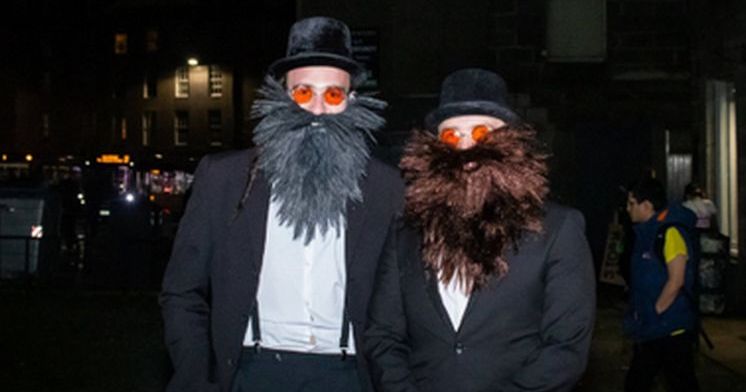 Two Aberdeen students have been branded "disgusting" after dressing up as Orthodox Jews for a Medical Society night out.

A photo of the pair wearing black hats and false beards was uploaded to the groups Facebook page this month but was soon taken down after backlash.

One "disgusted" student told The Daily Record: "When I saw the photo, my jaw dropped. God only knows what a Jewish person would make of it. I was tempted to call the police. They are just a bunch of out of control yobs."

Last year, members of the same society were almost kicked out of uni after a drunk rampage at an Aberdeen hotel ruined a couples wedding.

ICYMI: A north-east couple had their wedding ruined by “rampaging” students at an Aberdeen hotel during a melee which left a gran with a severe head injury. https://t.co/2MB5AOcYMD pic.twitter.com/2jdTjOrHjJ

The students were referred to a "fitness to practice" watchdog after their antics left guests feeling intimidated.

In response to the offensive dressing up incident this month, the Medical Society said: "MedSoc is extremely disappointed to learn that a small number of students at our event may have caused offence or upset.

"We will not support anti-social behaviour and concerns raised will be discussed with the students involved".

A spokeswoman for Aberdeen University said the university is "extremely disappointed" by the behaviour.

The spokeswoman also said that the university would be following the General Medical Council requirements for medical students in the disciplinary process.

Earlier today, A Nottingham Trent student was expelled taking a picture with a sleeping Orthodox Jewish man on a train and photoshopping a Palestinian flag on his mouth for his Tinder profile.

Yesterday, a new report revealed nearly 29 per cent of black students, 27 per cent of Asian students, and 22 per cent of other/mixed students had experienced racial harassment while at uni.