Only one person showed up to watch the rugby at The Bobbin, despite students asking for the bar to open early in the first place.

Students had begged kitchen manager Alex to open the bar thee hours early so they could watch the Scotland-Russia rugby match, but were nowhere to be seen on the day.

The tragic early opening was even broadcasted on Radio 1, where it was revealed live on the radio 6,500 wings had already been prepared. The manager told Greg James the only punter was "having a coffee." 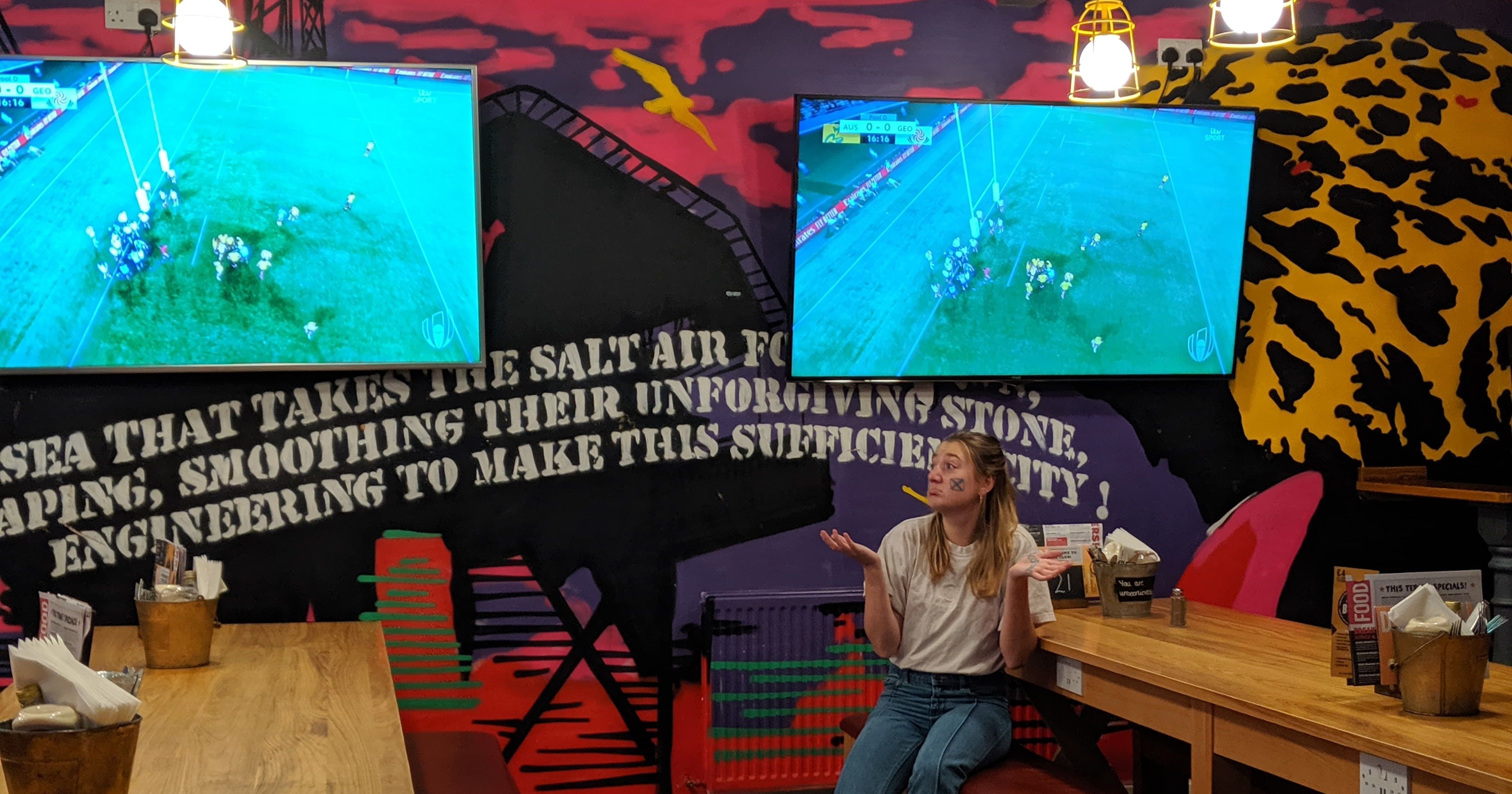 Radio 1 had been following pubs around Scotland who had opened up early for the Scotland v Russia match and had a live interview with The Bobbin during the Radio 1 breakfast show.

In the clip, Greg James, asks: "How many people are in The Bobbin?" followed by a drumroll.

A disappointed Alex replies: "One", and the live stream video cuts to an embarrassingly empty Bobbin.

The sheer awkwardness of it all is clear in Greg James voice as he simply replies "Oh".

Alex then tells the presenter the one person in there is only having a coffee.

Greg attempts to console Alex, saying: "The Students would say one thing and do the other," urging students to "get in The Bobbin now – get out of bed."

Alex proceeds to tell him that he has 6,500 wings on site but they should sell most of them today, to which Greg James responds "not if there's only one bloke in there, he's going to have to get going".

Greg then begs students to get down there and not make it a wasted effort.

The Bobbin posted the live video on their Facebook page, adding: "Oh my, that was a little embarrassing hahaha hope more of you turn out for the final group game on Sunday".

Let's hope the pub has better ruck next time.

Where’s good to go in Aberdeen? These TripAdvisor reviews should help you decide

‘If Higher Education is to survive, it has to change’: AU lecturers on why they’re striking

Aberdeen Uni forced to repay £119,000 after investigation into principal pay off