The University of Aberdeen is currently in the process of reviewing the honorary degree awarded to The Sutlan of Brunei, Hassanal Bolkiah, after he announced plans to introduce Sharia Law to his country.

From today, the former British colony will be subjecting citizens to new laws by which homosexuality and adultery will be punished by stoning, while convicted thieves will have their hands amputated.

The Sultan was originally awarded a Doctor of Letters from Aberdeen in 1995. A spokesperson for the University said: "The University of Aberdeen is inclusive and open to all. In light of this new information this matter will be raised as a matter of urgency with the University’s Honorary Degrees Committee." 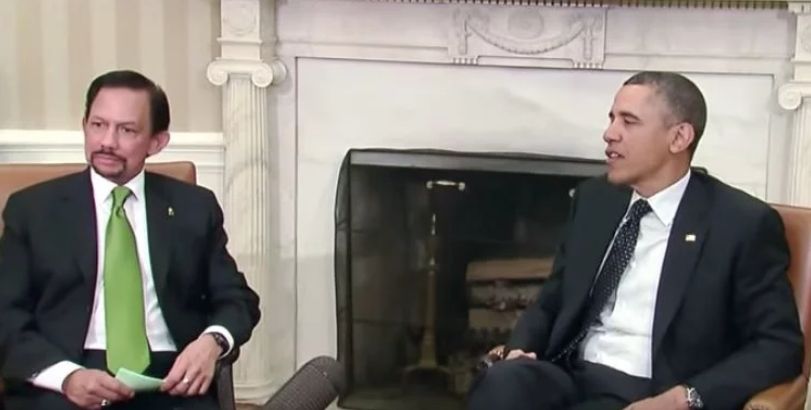 The Sultan with Barack Obama

Homosexuality has been illegal in the state since colonial laws but Sharia Law allows for it to be punishable by stoning and whipping, as opposed to a prison sentence.

The former British colony first announced in 2013 that they would be implementing Sharia Law. King's did not revoke his degree at this point. The new laws, specifically targeting the gay community, are in effect as of today. Bolkiah described it as "a great success."

The Sultan also holds honorary degrees from the University of Oxford and King's College London, where the Sultan's son, Prince Mateen, studied International Relations. Both King's and Oxford have stated publicly that they will not be rescinding the degrees.

One of the Sultan's 12, Prince Mateen, studied International Relations at King's. The University told The King's Tab: "An Honorary Doctorate was bestowed upon the Sultan of Brunei in April 2011 for his lifelong commitment to higher education."

"A man who has introduced a new policy of stoning gay people to death is NOT deserving of Honours from our university!"

Penny Mordaunt, international development secretary, said: "No one should face the death penalty because of who they love. Brunei’s decision is barbaric and the UK stands with the LGBT community and those who defend their rights. LGBT rights are human rights."

Many celebrities have also spoken out in the wake of the new laws. Sir Elton John, Ellen DeGeneres and George Clooney have been among those encouraging a boycott of several luxury hotels, owned by the Brunei Investment Agency, including The Dorceshter in London and The Beverly Hills Hotel in California.

• The Sultan of Brunei, who stones gay people to death, has an honorary degree from King’s

• He wants to stone gay people to death…so why are British universities showering the Sultan of Brunei with awards?

13 things that will happen to you whilst living in Aberdeen