This is so brilliant

An academic at the University of Aberdeen has rejected an invite to lunch at a men’s only club – saying the membership criteria was “fundamentally ridiculous”.

Dr Malcolm Harvey, a research fellow in the social sciences department, was invited for lunch at The Royal Northern and University Club. This is one of those historic ‘invite-only’ clubs in Aberdeen, that’s only for men.

But Dr Harvey rejected the invitation, mocking the Clubs own writing style and criticising their old-school sexist ways.

The letter to Dr Harvey from the Club starts by saying: “Dear Dr Harvey, For over 160 years of proud history and tradition The Royal Northern and University Club has maintained a unique profile in Aberdeen and North East Scotland.” 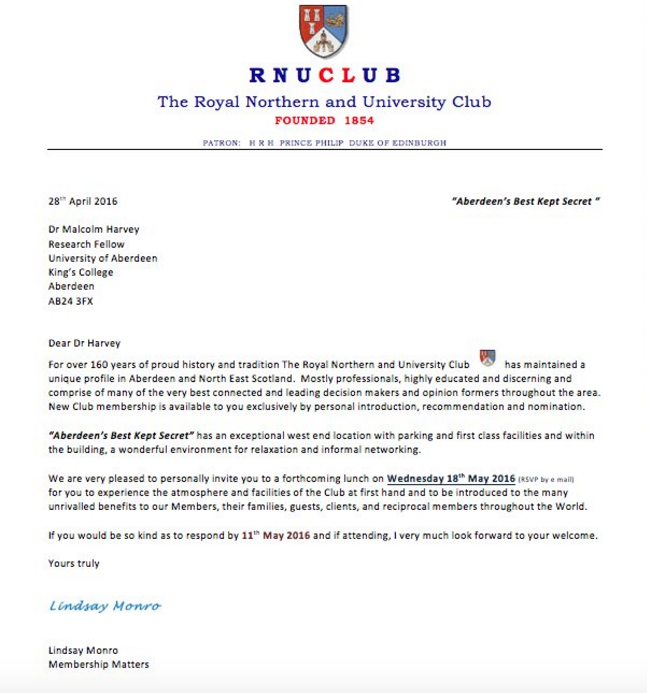 The letter from the RNUC

In his response, Dr Harvey starts with: “Dear Sirs (You are all ‘Sirs’, I believe?), For nearly 32 years of his proud existence, Malcolm Harvey has maintained a not unique belief in progress and equality in Aberdeen, the North-east of Scotland and everywhere he has travelled.”

He then goes on to say, “I am very pleased to personally reject your offer of lunch” and then he labels the club as a, “sexist establishment”.

Dr Harvey then signs it like a badass by saying, “Yours truly exasperated that this is still a thing in 2016”. 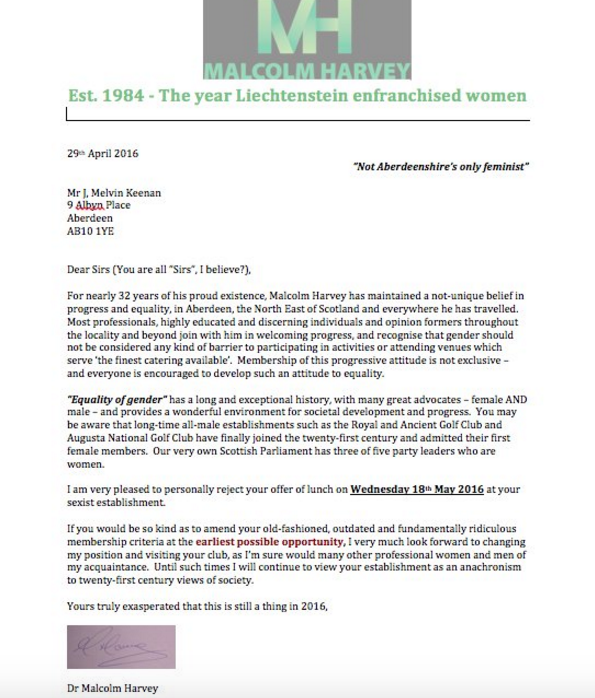 The letter from Dr Harvey

He also said that his female colleagues, most of whom are “much more senior than me” did not get the invitation.

The Royal Northern and University Club were unavailable for comment.