It’s the Scottish (and better) version of Cambridge vs Oxford

This year is the 21st year, and it will see the University of Aberdeen and Robert Gordon University competing against one another in a 3.5km race along the River Dee, starting at the Bridge of Dee and finishing at the Aberdeen Boat Club.

The day begins at 1.50pm when the teams toss for stations, and then at 2.10pm there is the 2nd crew race. The alumni race begins at 2.35pm and the media challenge race at 3.40pm.

The title race, the big one, kicks off at 4pm.

Last year RGU won and they took the title for the fourth year in a row. Will this be the year AU steals it from them? Or will RGU remain undefeated for the fifth year?

To gear themselves and us supporters up for the event the teams have released a parody video of the two teams singing along to Adele’s Rolling in the Deep, but they changed the song a little bit so it’s now ‘Rowing on the Dee’.

They’re good at puns as well as rowing.

Spectator buses going from AU campus and RGU campus to the event have also been set up. 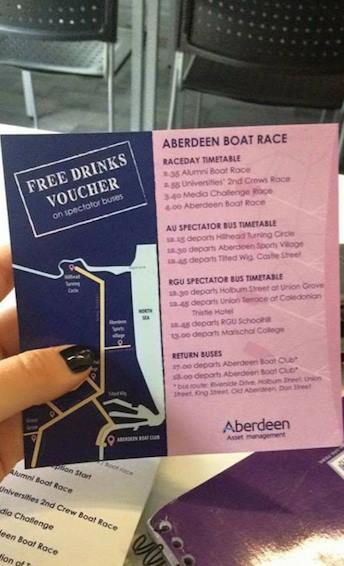 We talked to both of the presidents of the teams and they’re both pretty excited about it all. When asked if either had any predictions of the result, RGU president Erin Wyness said:

“I think the main race at 4pm will be seriously tight this year because both crews have stepped up their game and theres a lot at stake for both of us.”

AU president Ian Walker said, “We’re thinking it will be pretty close, but we are pretty confident we’ll win.”

We asked them how badly they want to beat the other team and they were both civil towards each other, there is no drama or hatred here. 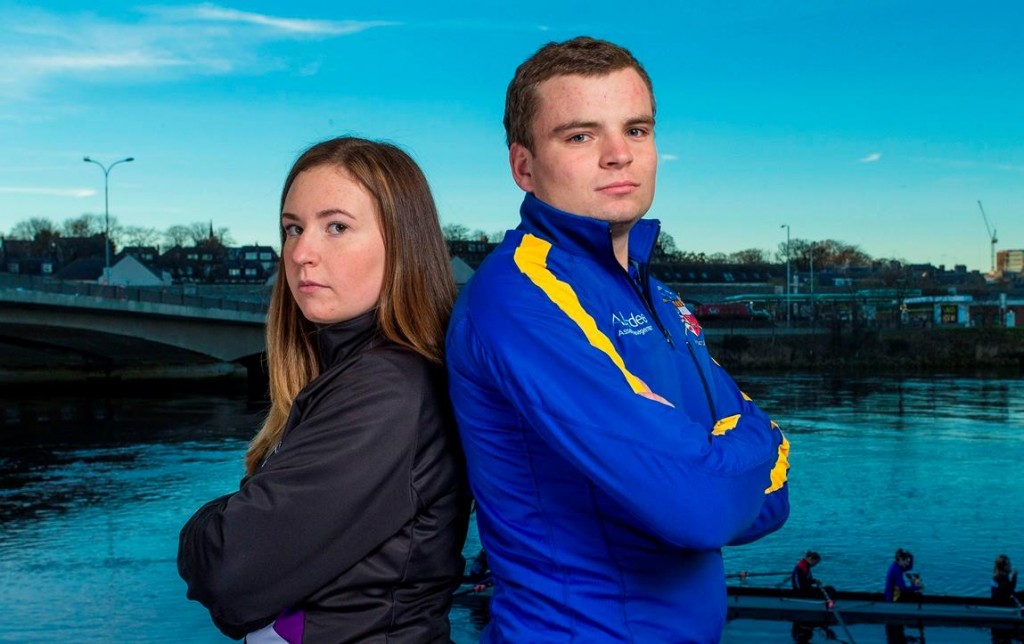 Erin says: “Although we train and compete together all year round, both crews of course want to come out on top and bring home the trophy so we are pretty excited to see if we can make it 5 in a row!”

Ian said: “Obviously we would really like to win, especially since its been 4 years without an AU victory.”

We also asked them if they’ll be getting absolutely blootered on Saturday night – the answer from them both was yes.

The AU President said, “every year there is the boat race ball the night of the race which normally ends up pretty messy”. Erin added, “followed by some dancing in Institute”.

The Tab Aberdeen wishes both teams the best of luck on Saturday – what side will you choose, purple or blue?