Remember the 31st? No, neither do we

Everyone knows that the costume you choose to wear is the single most important decision you make all year.

Months of careful planning, hours of Pinterest searching and time wasted on YouTube tutorials are essential build up to the evening that will define you for the remainder of the academic year. With that said, it does make you wonder what goes through peoples’ minds when they opted to wear that…

Taking one for the team, we went to loads of different house parties, hoping to find our answer. Fighting our way through zombies and ghosts, we uncovered these beautiful people who decided to do halloween slightly less conventionally.

Four house parties and a lot of wine later, what we discovered is fascinating.

At pre-drinks with ‘The Guys’ 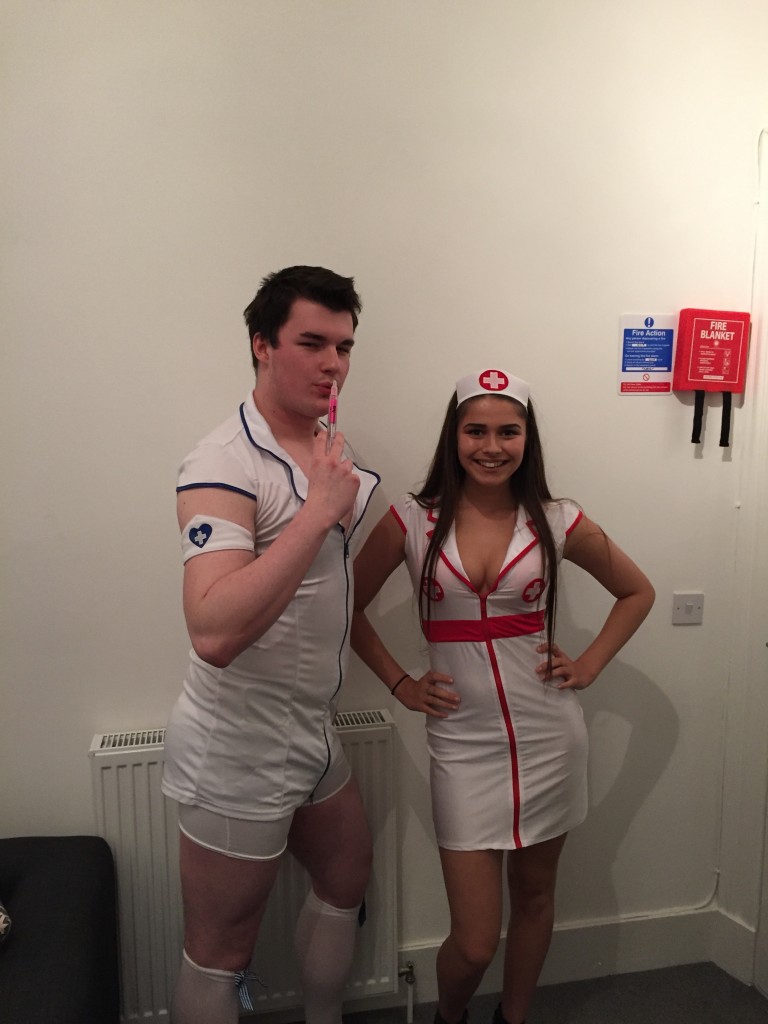 Kyra and Dan – the ‘friends’

These two fine specimens had warped the “sexy nurse” outfit to represent our false expectation in life.

One being the advert girl and the other how it actually looks on the night. The only question is, which is which? 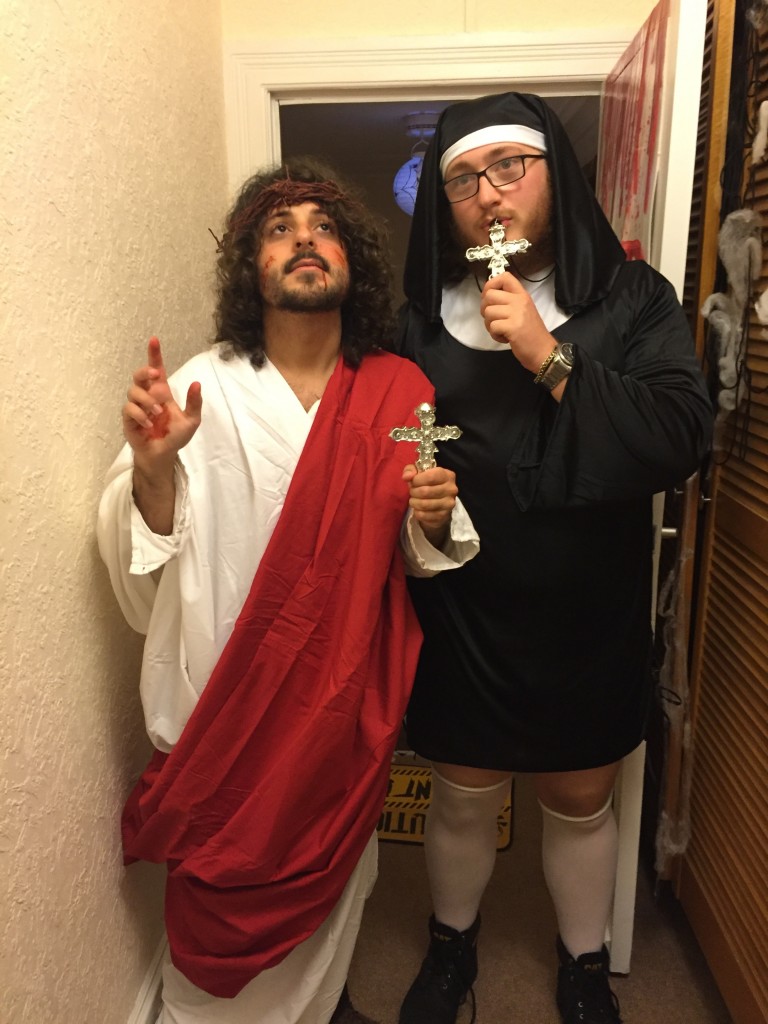 Slightly shaken from the previous outfits, it was time to leave. So, pretending that we didn’t know the other two, we set off to the first party.

“We got pissed one night and found God” was the answer these two gave when it was questioned why they had dressed this way.

Going full out, they made clear their disappointment in not being able to find anywhere that sold life-size crucifixes. 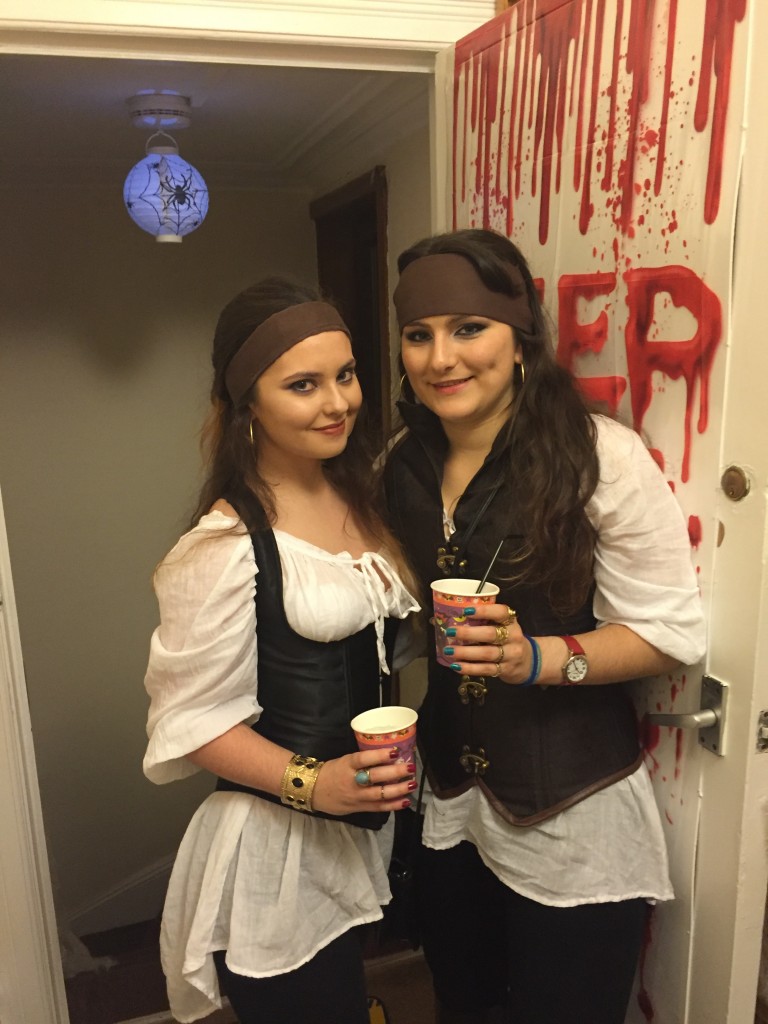 “We just wanted an excuse to wear a corset really.”

Watching Pirates of the Caribbean one evening, these two wanted to see how good they would look, adding that Halloween is probably the only night that they could do it without getting weird looks.

The house was filled with beautiful decorations and even more beautiful people.

Due to being distracted by all this (and, lets be honest, free jelly shots) we sadly only managed to take one photo. But it’s a good one. 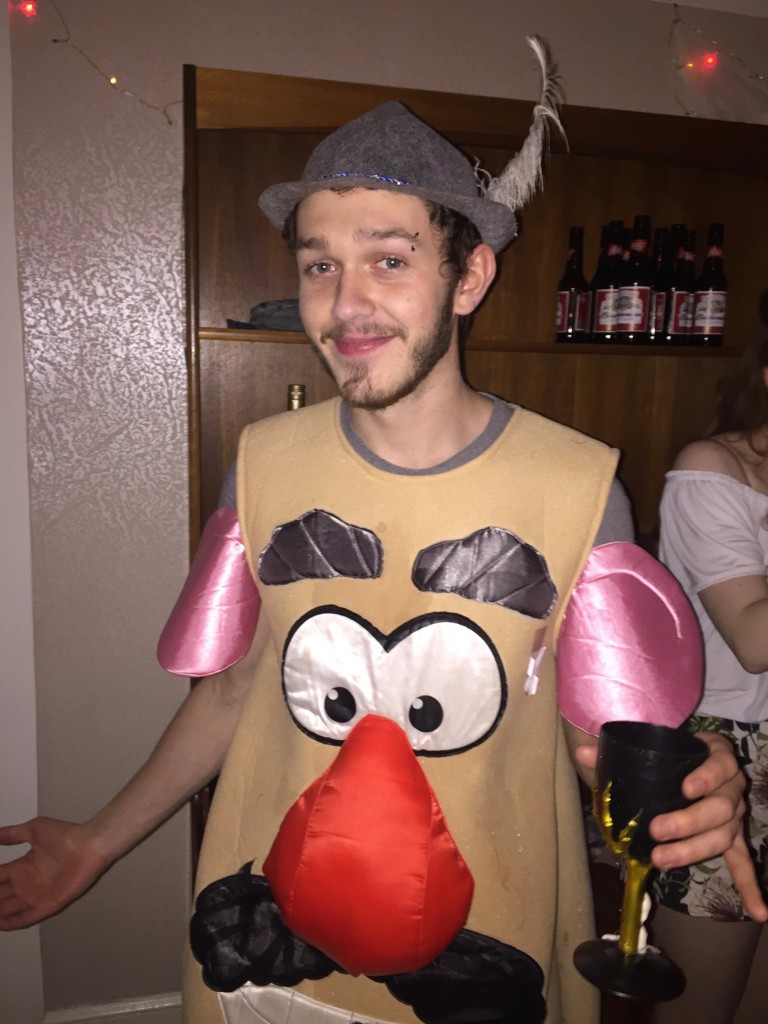 He got a friend in me

“Friends tell me that I look like a potato in photos. So I decided, why not own it?”

Own it he did.

Perhaps the scariest part of the night is not remembering how we made it to the final party.

But just as well we did because everyone was fully under the spell of the Halloween punch. 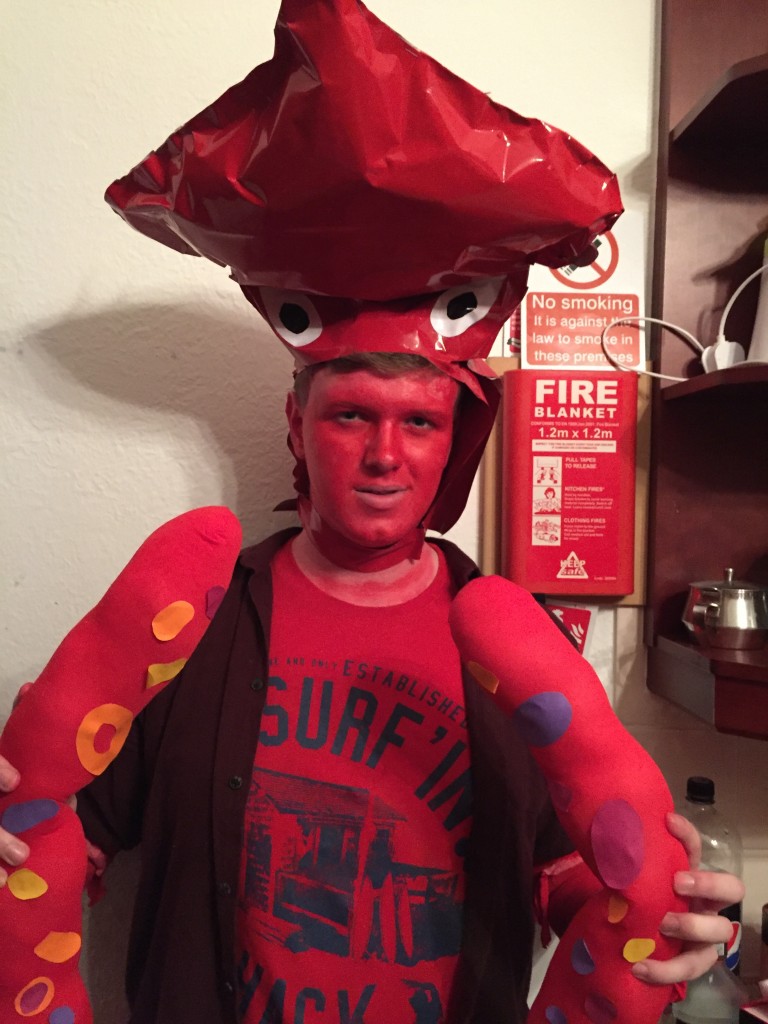 Maurice (a student of Zoology)

“Everyone loves a good squid. Giraffe then turtle, then squid.” No one knows. 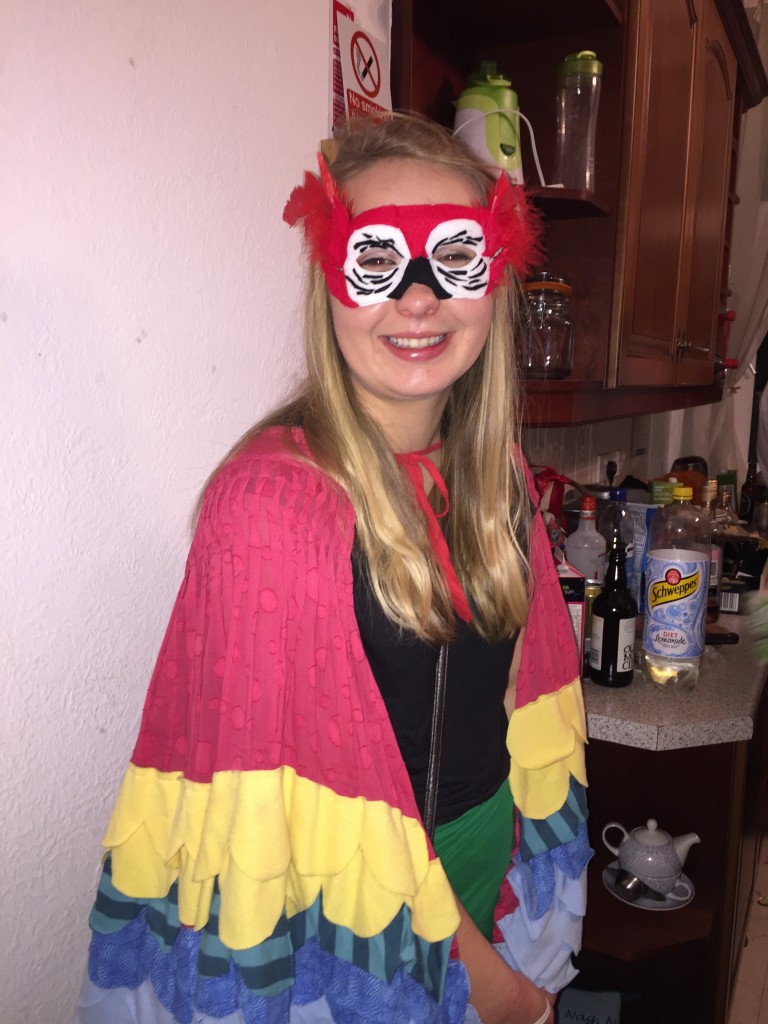 “I wanted to be something colourful and I figured no one would know if the colours were all wrong.”

Ironically, most the people at the party were zoology students. 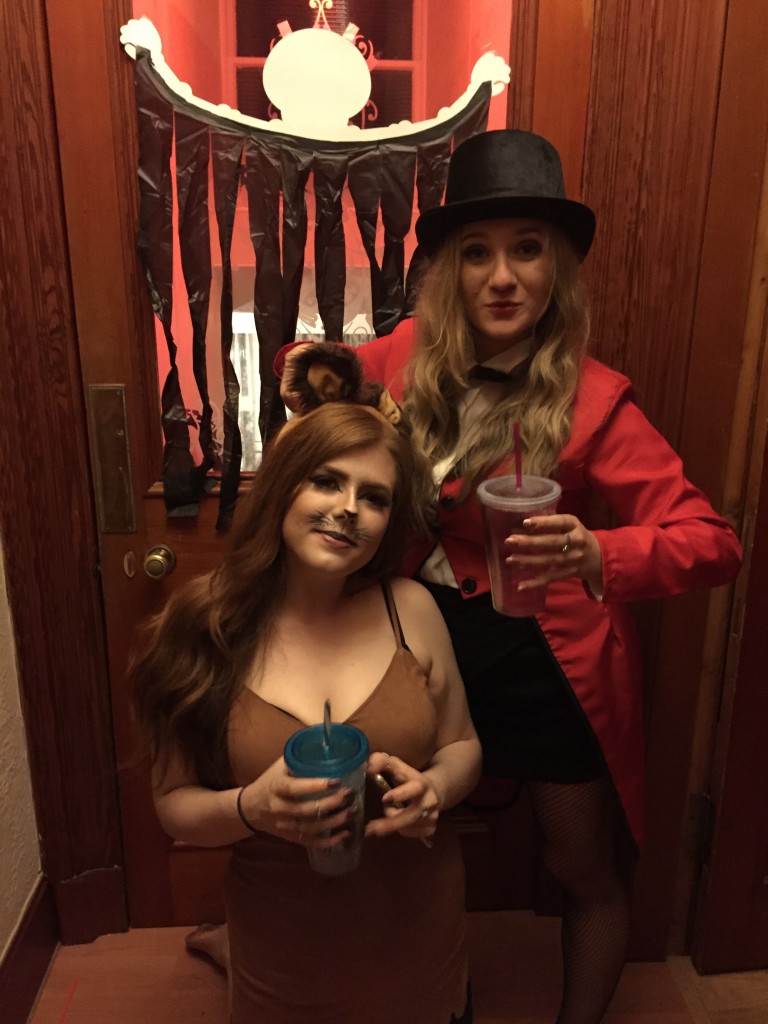 “I wanted to go as something else, but I’m her bitch.” It’s obvious who is in charge in this friendship.

As you can see, the lion tamer has no whip (she accidentally sent it to her home address – imagine her mum’s surprise). 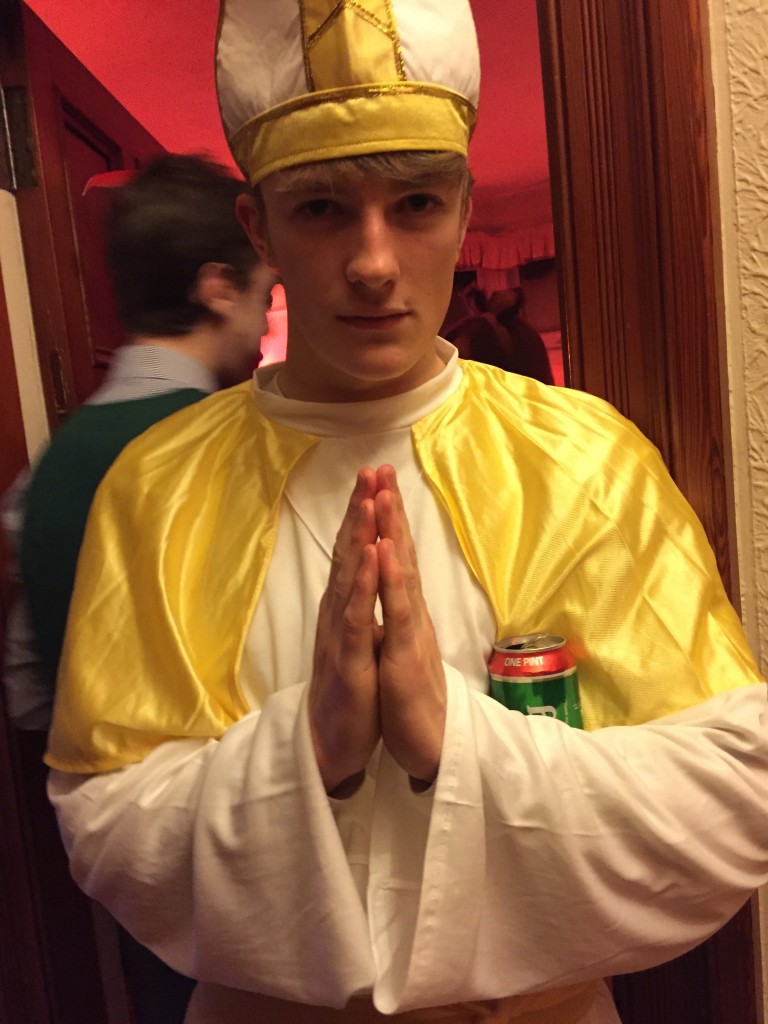 Sandy (Second year – not in theology)

“Because I wanted Jesus as my son. This is how it works right? I have never read the bible.” Something like that. 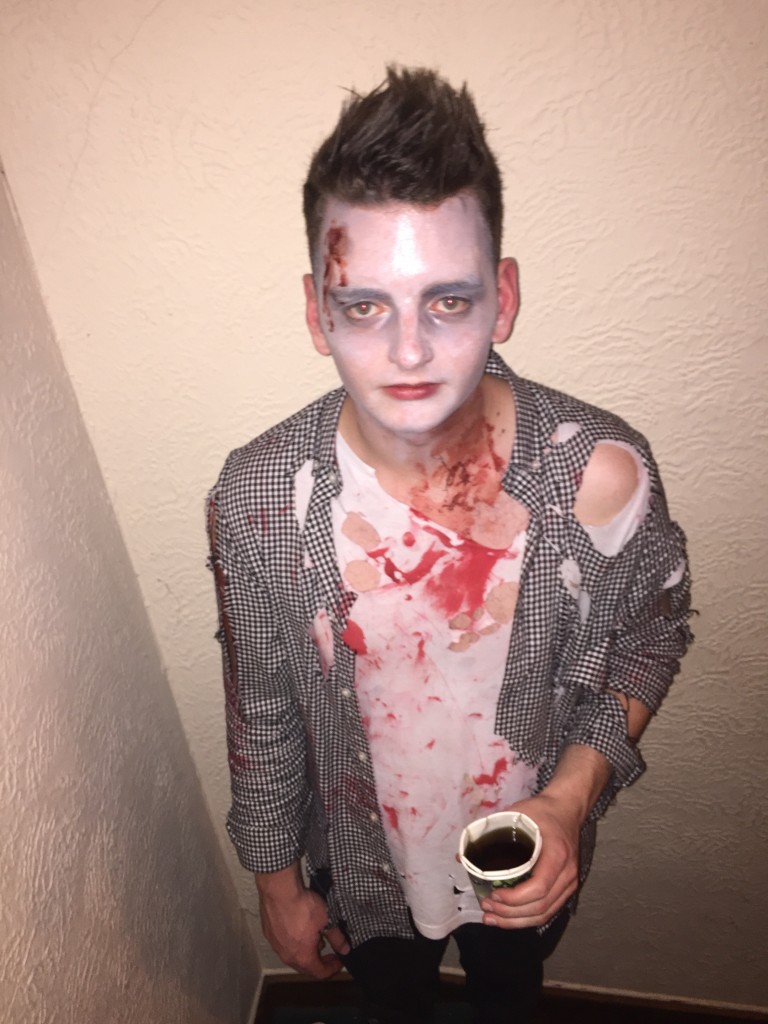 “I just wanted an excuse to cut up my shirts. That doesn’t make me a psycho. Right?…” Normally we are all for a guy in a ripped shirt. But at 3:30 am, we were just craving the 24 hour bakery.

Running low on phone battery (and the will to live), we decided to call it a night. We never did make it to the final party.

We had originally set out to find out why people wear the costumes that they do.

As enlightening and entertaining as it was, we are so glad it is over (until January when you have to start planning again.)