Aberdeen hero gets Tab logo tattooed on his bum

He doesn’t even write for us

A bold Aberdeen Carwash fan has dedicated his right arse cheek to The Tab by having the logo permanently tattooed onto it.

The ballsy inkee from Kent wasn’t willing to go through the slog of the social ladder to become a complete, bloody legend and decided instead to get the design inked onto his flesh. 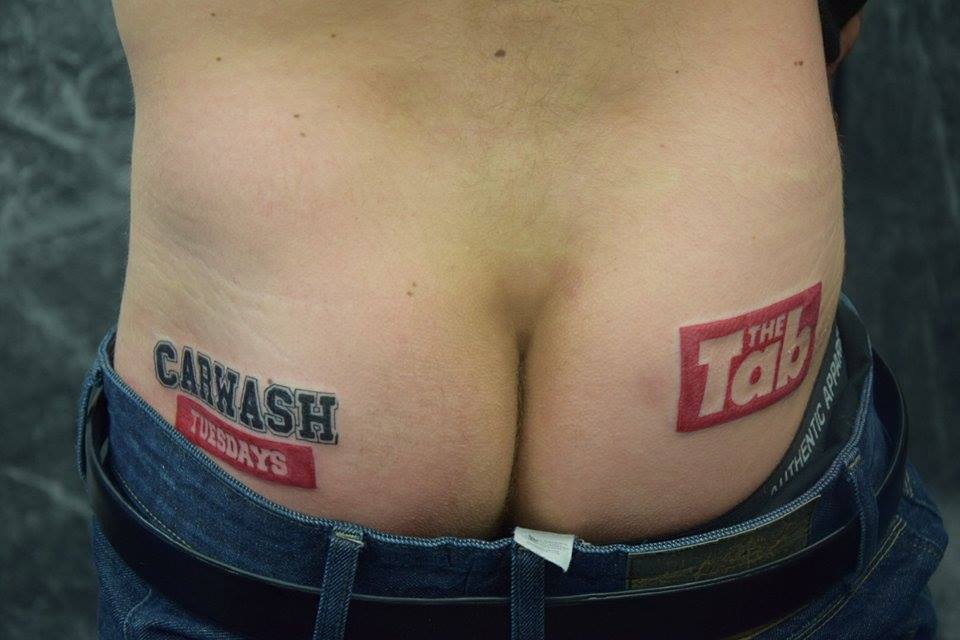 The Aberdeen Tattoo Collective ran an event where people made a donation to local charity Clan for a free tattoo.

Alongside this promotion, they were also running a deal where if anyone got a Carwash Tuesday or The Tab tattoo then they would pay a £30 donation on your behalf. Not one for doing things half-assed, this Aberdeen hero got both.

After he had been inked, he said: “I’ve only been up for the best part of a week. I went to the Carwash Tuesday night, liked the page and they shared the event.

“I saw the offer and thought “that’s the kind of thing I should be doing now I’m at uni.

“It was pretty uncomfortable the whole time and it’s not like I had something to look forward to at the end of it but I’ll never regret it.

“This’ll be that time I did something daft for charity.” 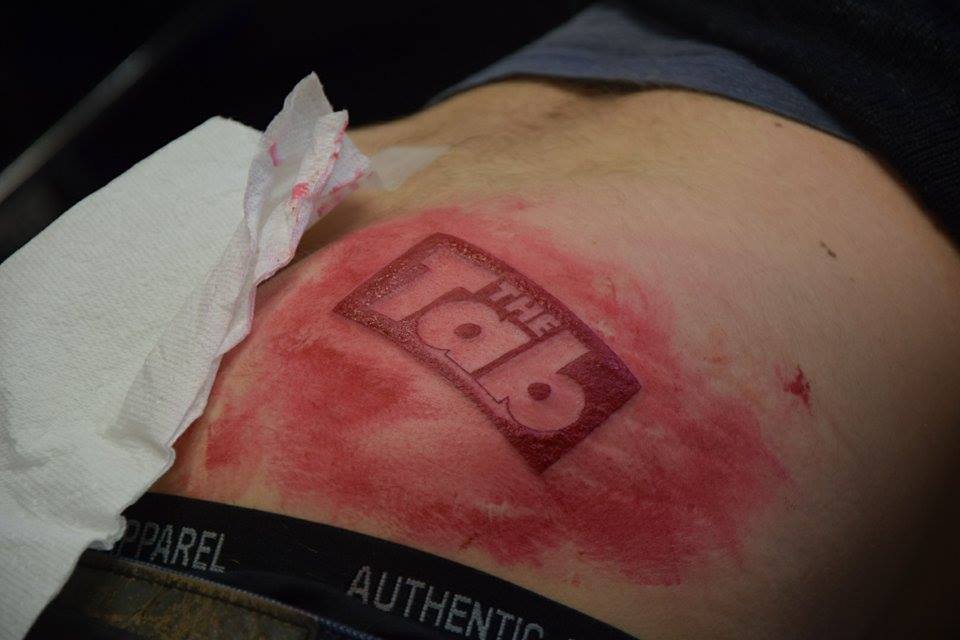 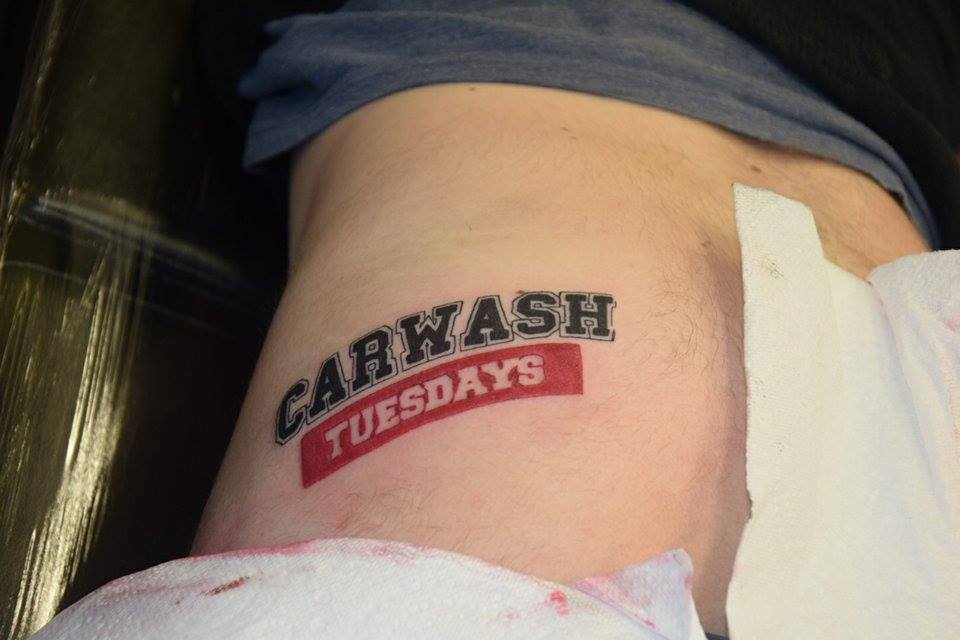 The bum is one of the least painful places to get a tattoo, because of the large fat reserves.

According to staff at the Aberdeen Tattoo collective, this was the longest bum tattoo the artist had ever inked.

A full course of laser tattoo removal treatment can cost up to £1,500.