Life as a Third Culture Kid is exhausting

So what if I came from more than one place

What it’s like to not really fit in anywhere, but have connections with everywhere.

I moved to Scotland in 2011 and the majority of my classmates were born and raised in the UK. If asked where they’re from, the answer is easy: “Scotland”.

My answer is usually “Finland”. My mother is Finnish, I have a Finnish passport and have lived there for nine years.

But people often point out that I am not the typical blonde-haired blue-eyed Finn they expect me to be. That’s because my dad is Indian.

Explaining this usually raises questions on my accent, which sounds North American. That’s because I spent some of my childhood in Canada.

So I am an Indian-Finnish sort of Canadian person. Weird, eh?

You could say I’m an international or third culture kid – someone who has influences from two or more cultures, either by being brought up in a foreign country, or having parents from different nationalities. 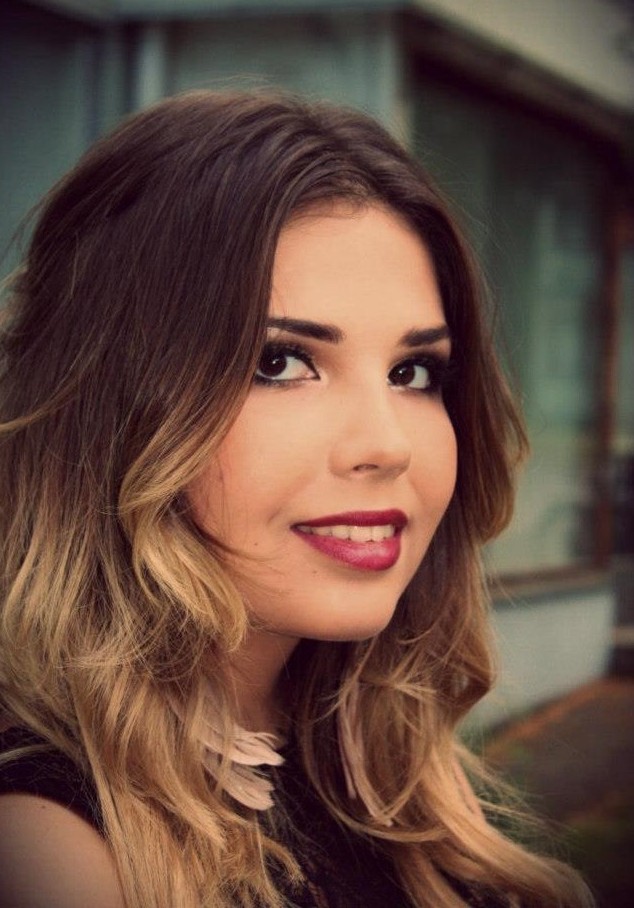 Some people say I don’t look Finnish or Indian

While this may seem interesting or exciting, it means I don’t exist as a local anywhere. I speak Finnish, but not fluently, I look foreign in India, I haven’t been to Canada in years and I’m certainly not Scottish.

It’s a regular occurrence for me. I meet someone new, and five minutes later I’m having to outline my entire life story.

Imagine telling someone you grew up in Edinburgh. Would they ever say “but why?”. Would they ask how your parents met, or what job brought them to the city? If you’re Scottish, probably not.

But people ask me these questions all the time. Perhaps because my background isn’t the norm.

My friend, Lynn, is Turkish and German, and she’s lived in Sweden, Germany and the UK. Like myself, many demand her entire life story, which she sometimes finds uncomfortable. She said: “When someone is culturally aware I give them an idea that I’m not really from anywhere, and will tell them a little about my life.”

When asked questions I am an open person, but I sometimes feel people want too many explanations about my history, a lot more than they would expect from someone who was from a single national background. 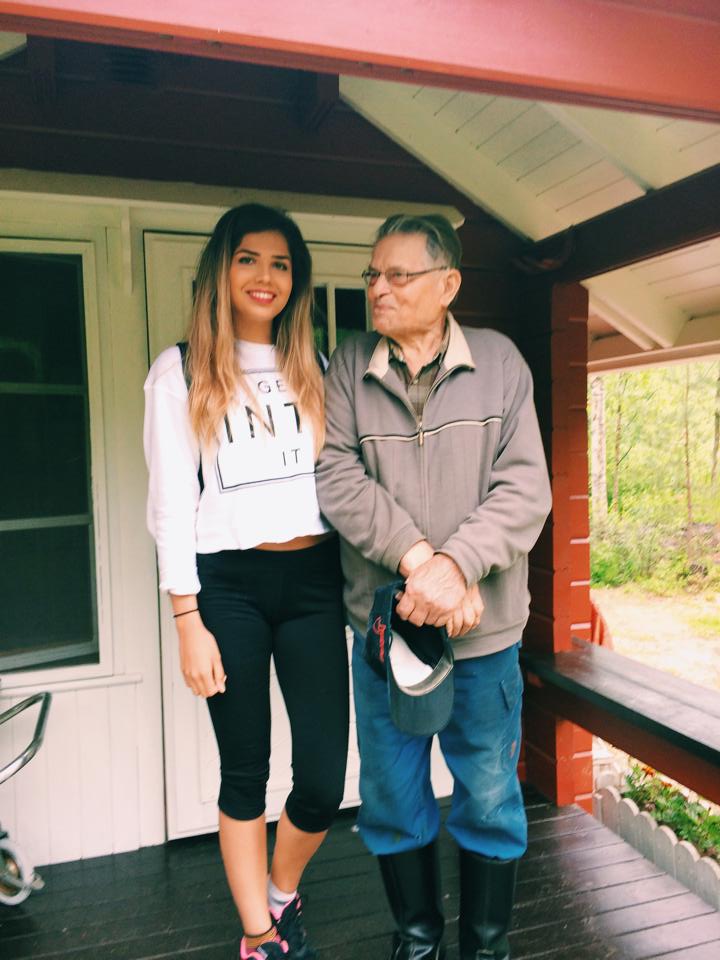 Me with my Finnish great-uncle

While I might not tell the same story to everyone, I do find myself disclosing different facts depending on the person I speak to.

Annette, a fourth year Aberdeen student who is South African-Norwegian,  agrees: “Being multicultural means you can emphasise different aspects of yourself to different people and thereby identify with a larger group of people. This advantage makes it easier for me to gain acceptance.”

Adapting also means adapting with the culture you are in.

This is what my friend Steven finds himself doing. He has lived in Denmark, Bulgaria, Dubai, Portugal, and the UK and has Iranian and Scottish parents: “I haven’t lived in one place long enough to foster that as an identity in terms of nationality.

“When asked where I’m from I typically say “Britain” because its values are the ones I most closely identify with – although I do feel like a foreigner here as well.”

I believe many third culture kids are open to adapting to the culture they live in. I am certainly a lot more Scottish now than I was three years ago. I might go as far as to say I’m more Scottish than Indian now.

But no matter how long I live in Scotland, I personally will probably always feel a little foreign. It is strange knowing I’ll never be able to fully fit into a particular culture. 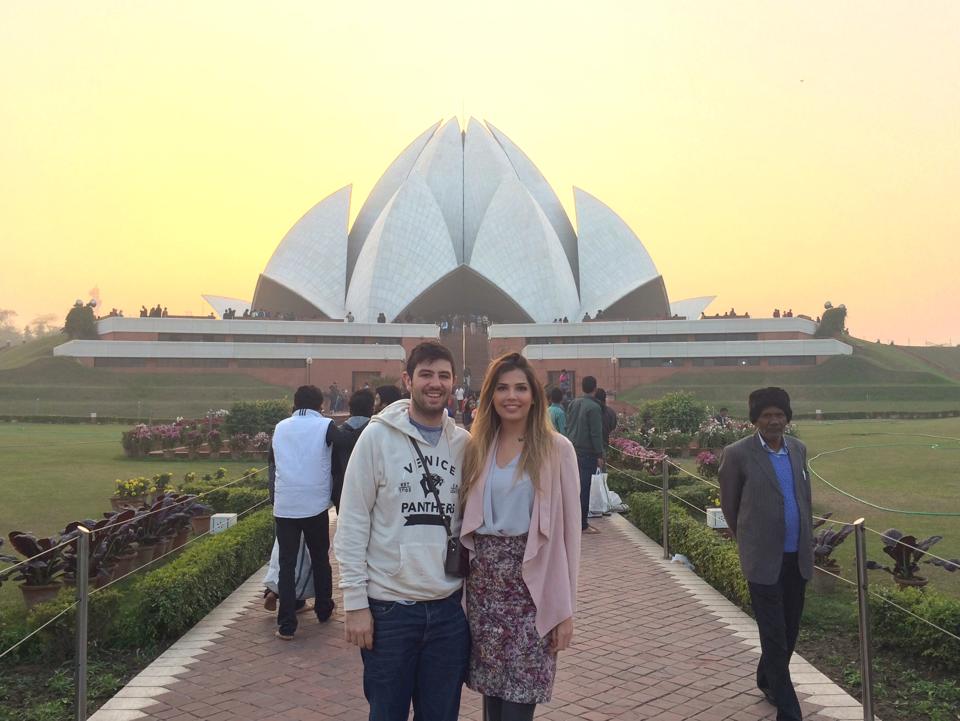 But people aren’t always happy with the entire story. They want you to pick a country you belong to “the most”.

Annette has the same experiences as me: “People seem obsessed with ‘what do you feel most like’ as if I can give a definitive answer.

“They sometimes ask me if I have a crisis of identity. They want to put you into a specific box.”

Many third culture kids they don’t have a nationality they “feel most like” and forcing a choice is an unfair request.

However, Edward, told me he identifies as fully Scottish even though he has lived in Italy and the US. His heritage is Italian-American and Scottish.

“I find most people don’t question it further when I tell them I am Scottish, but have lived abroad.

“Since the referendum especially, there’s been an increased acceptance of Scotland as an International, multicultural country where you have Italian Scots, Indian Scots, Pakistani Scots and even English Scots.

“Becoming Scottish becomes much more of a civic identity than any overwhelming cultural or ethnic definition, kind of like America.”

It’s great Edward can identify as Scottish, and that people accept it. However, if you don’t match people’s preconceptions of a nationality they can sometimes argue with you.

Maria, is a Serbian living in the UK but her father is half Brazilian. She identifies as Serbian.

“I think it’s positive to stand out and be unique, but often people make assumptions about me that aren’t true. A lot of people say I’m “half c” (half caste), and insist I’m part African. It is also very politically incorrect term.”

I agree with Maria – it can be very offensive and ignorant when someone continues to dispute a person’s origins, especially if told otherwise.

I personally deal with this all the time. I work in a bar job where many customers tell me I am “not Finnish” or “not Indian” because my looks don’t match their perceptions of these nationalities.

I have never in my life encountered direct racism or hatred, however this sort of misrepresentation of my nationality is a common experience.

I don’t think people understand how frustrating it is to argue about where I am from, when I surely know the answer better than them. 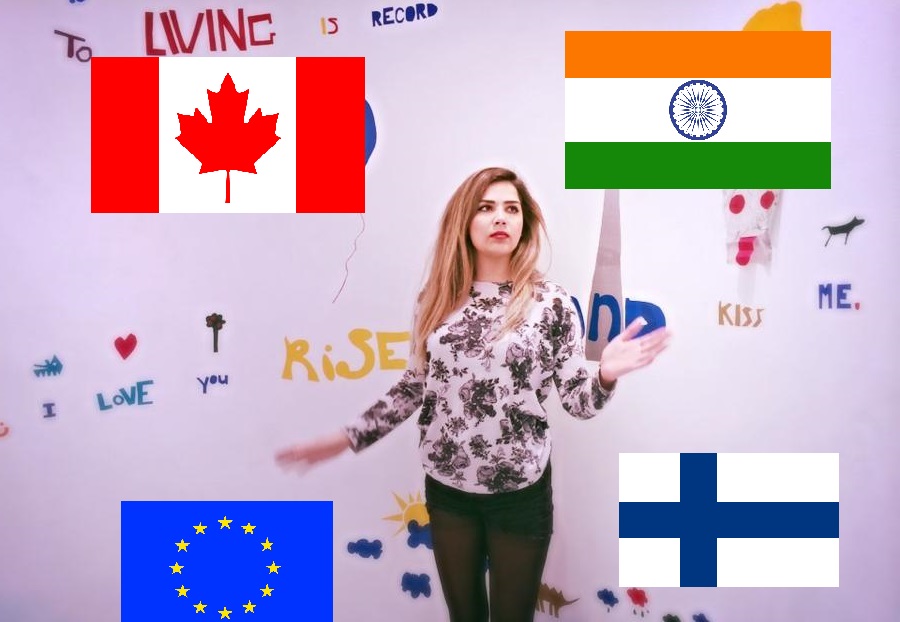 Where am I from?

Many of the people I questioned for this article said they weren’t able to connect as well with people who had never travelled or lived abroad.

James, a university graduate, who grew up in Italy and Egypt told me:

“I’m lucky to have friends who have the exact same lifestyle as me. I guess I have local friends too but you find that you connect with people on an international level way better.”

I share these experiences in that I am more likely to make friends with international people than locals, even if their mix of heritage is totally different to mine.

Speaking to a couple of my local Scottish classmates helped me understand their side of situation better:

“We guess it’s a lot easier to stick with people who have the same background, interests and culture as yourself because you understand them better.”

George, who is half Romanian, half Portuguese, told me he doesn’t entirely agree that international people don’t get along closely with locals.

“If you have enough in common you will make friends with anyone. It’s more about the person than where they’re from.”

This is a valid point, and genuinely don’t believe any of the local students I’ve failed to befriend are racist, close-minded or judgemental. We just couldn’t relate to each other.

However, a few of the closest people in my life aren’t international at all – we found common ground outside of our backgrounds. 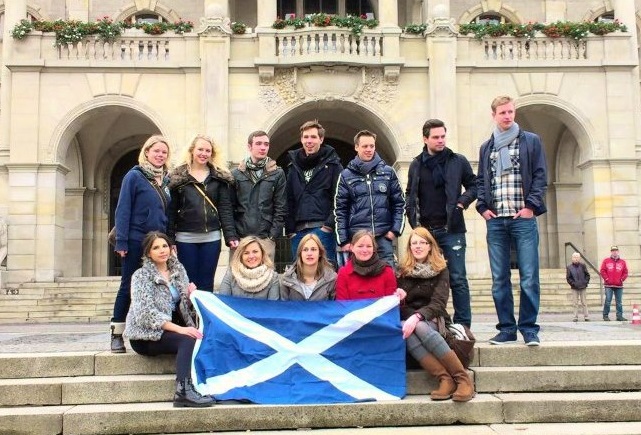 Representin’ Scotland at an inter-cultural learning week in Hanover, Germany

Whether or not a third culture kid identifies with the place they live, with the nationality of one of their parents, or even doesn’t have a specific place they are from, the most important thing is that you accept this person’s explanation.

Youssef, a Law graduate, has a very positive outlook to being culturally mixed. He’s Egyptian and British, and has lived in Finland and the Netherlands.

“I think it has been a great benefit being mixed, I do not fall victim to cultural axiomatic views (irrationally placing my cultural practices above others). I am very open minded and understanding. I do not believe how I live my life is somehow superior.”

This understanding and openness is something I hope most people, those with an international background or not, will be able to foster. 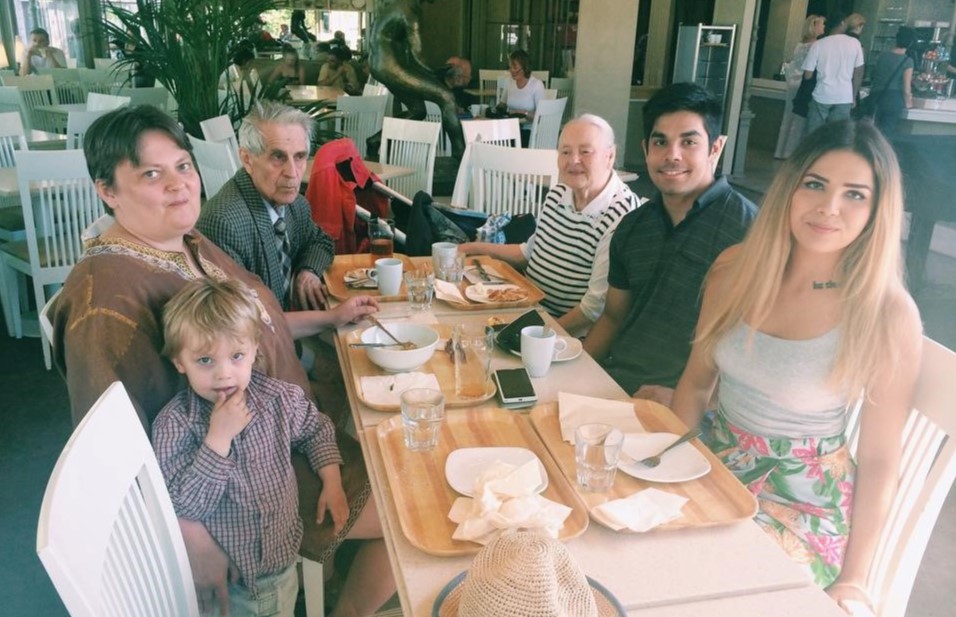