It was all down to one very stubborn fourth year

Drama surrounding the forming of an American Football club on campus has gone on for years, but finally the uni has agreed to support the creation.

Five unis in Scotland have a team and Aberdeen isn’t one of them, but it will happen by March thanks to one Doric born fourth year.

Ben Henderson-Palmer has made it his mission since the university knocked him back last semester.

The uni’s main concern is that ASV simply doesn’t have the right facilities to support Ben and his dream right now.

John Dugid, sports development manager at ASV, said: “The finances involved setting the club up, as well as the lack of facilities available for the club to train and compete at present means we can’t cater for such a club.

“Even in perfect circumstances an AU American Football club would still be at least two years away – we do however direct students who want to take part in American Football to the city based club ‘Aberdeen Roughnecks’.” 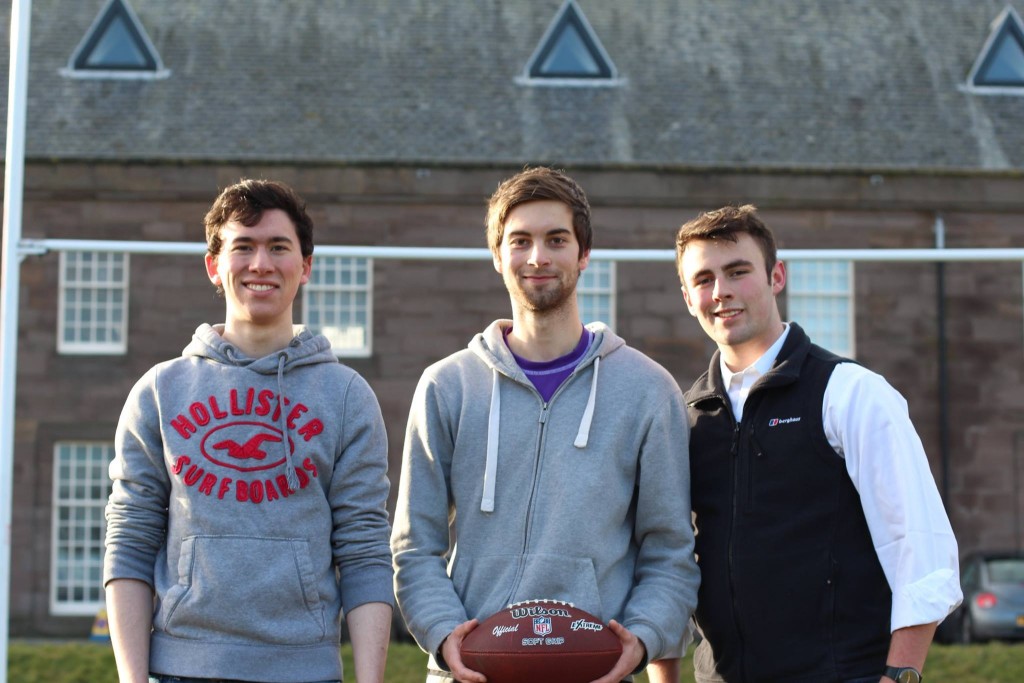 Even so, the Law student was still not deterred. He said: “I’m now in my final semester so I’ll never get to actually play for the team but want to establish one as a kind of legacy for future students.

“This month I’ve also started working closely with two of my friends who are are interested in the society and will keep it going after I’ve left.

“Steven Adam and Simon Boendermaker are both in second year so will be around to see it get properly established in the next couple of years.”

And they’re working closely with the Cheerleading Club, to help secure some good sponsorship deals.

Candle business owner Ben said he’s even put his own start-up on the back foot to try and make American Football happen at Aberdeen. 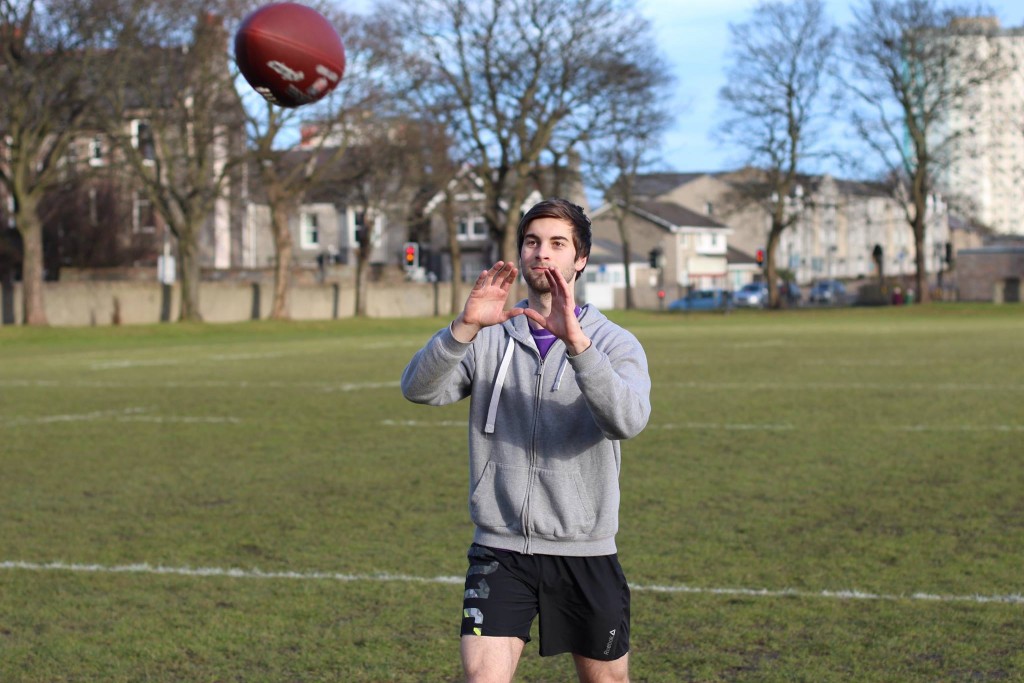 ASV agreed to meet with Ben to talk over his proposal with Marc McCorkell (AUSA’s Sports President) and Head of University sport.

This is what they said before the meeting: “The Sports Union and University are not in a position to be able to provide any support for such a team and until that changes we will not affiliate a team.

“This is not my long term stance on the matter and I refuse to rule out a team if the long term student demand is there for it and we can develop a meaningful club and student experience.

“Your only available option is to prove my concerns and research wrong by submitting a detailed club start up and development plan stating exact costs of equipment, facilities, travel, registration fees and how this money will be raised.” 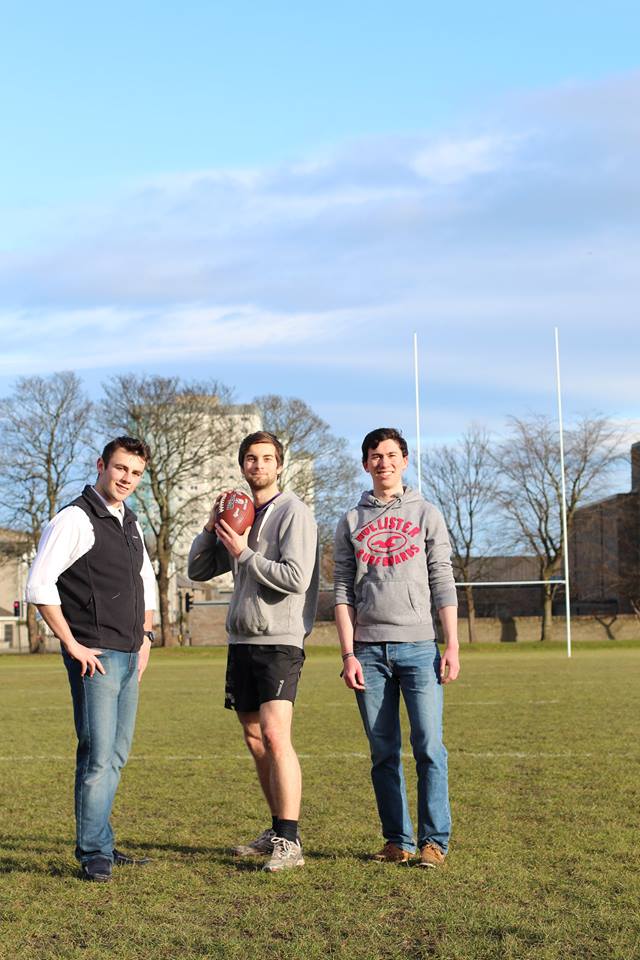 “You will also need to detail how you will recruit and retain members, coaches and where you will compete and train – I would then go through this with you in great detail.”

And so that is exactly what Ben did. What makes Ben’s plight different to the ones before him is that he even petitioned for the team on campus, and has now got 35 people already joined up ready to play.

The Facebook page has 108 members committed to the creation of the club. 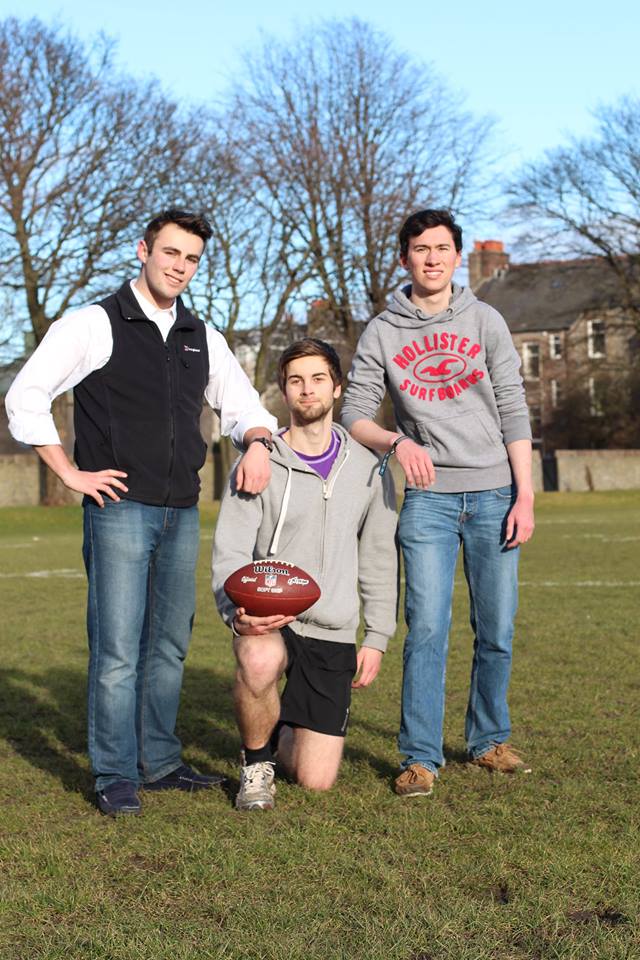 Made it: 62nd club at Aberdeen

Today 4pm marked the end of an emotional rollercoaster since November last year: “I’ve prioritised this over my studies and dissertation for the past month.

“I took up the challenge because I’m genuinely passionate about the sport, despite never having played I’ve always liked to watch the NFL and have really enjoyed throwing around a football with friends.”

Ben is hoping that the cost of membership will be the same if not as resonable as Edinburgh Napier: “Everyone I’ve spoken to seems to think its just impressive.

“But I can’t multi-task that well, so on the surface it looks like a lot but I focus on one thing at a time. So my business and studies have been neglected a lot recently, will have a lot of catching up to do soon!

I’m delighted, it was the kind of result I’ve been looking for since the start of the year, it’s good to know all the work hasn’t been for nothing. We’ll be officially affiliated in March, once we have our full kit sponsored.

“Obviously there is a slight issue with finding the right facilities, but we can use Aberdeen Roughneck’s pitches at Hazlehead for games for now.

“And as long as we play a variation of American Football which is like Tag Rugby then we can train on Kings Playing Fields and on the ASV astroturf.”

For more information about how to join the team, click here.