Residents are being thrown out 10 days before their lease ends

A devastated second year is facing eviction before the lease on her flat is up because the uni is already panicking about next year’s incoming freshers.

Katharine Pattinson recently got a letter through her door prematurely evicting her in July. She said: “The university is buying everything in Aberdeen for the first years.”

“My lease is meant to end on the 10th of August, but I’m being told to move out by the 31st of July.

“It’s like they think because it’s the last 10 days of the lease that it doesn’t matter.

“They haven’t even told me if I have to pay for the last ten days.” 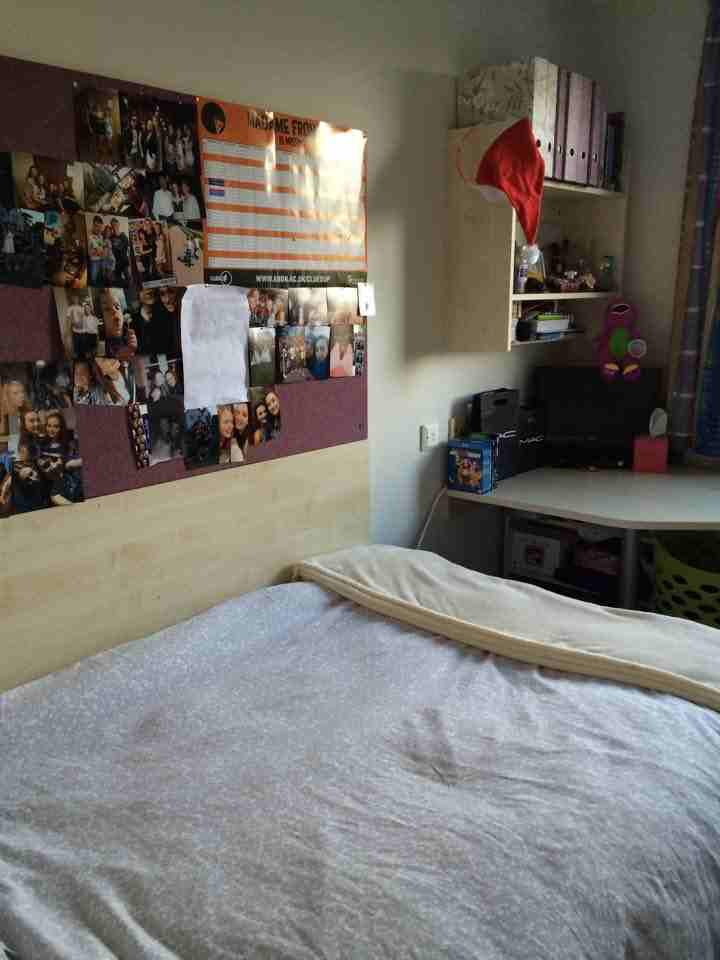 Katharine pays just £117 per week for her Ardmuir flat on King Street: “It’s some of the cheapest accommodation in the city, it’s why I was so happy when I moved in.

“Living in Ardmuir has been perfect. I don’t have to worry at all – bills are included and we get a dishwasher and washing machine.

“But now they are giving it to first years and we all know what they’re like – they’ll destroy it. 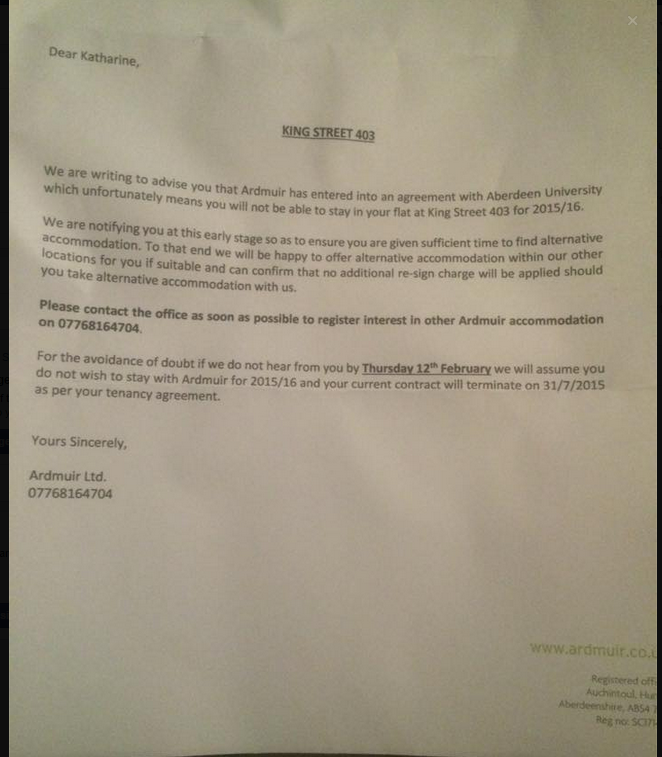 The uni has some cheek

The Management student continued: “My Dad consulted the university but they told him they are buying up the accommodation to stop freshers from having the same problems as this year.”

Aberdeen uni has faced ongoing challenges finding enough room for its students, and was blasted at the start of last term for leaving freshers out in the cold.

Others were put up in hotels four miles from campus. 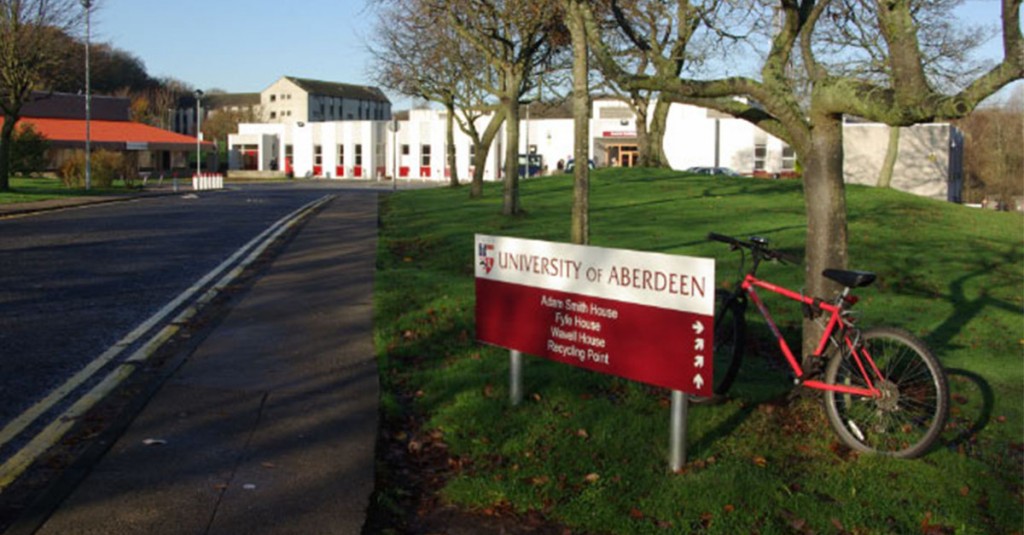 Hillhead: newly coined as “Homes to the few”

But Katharine doesn’t think that will stop the accommodation crisis. She said: “It’s stupid the uni is bringing in more students which the city can’t cope with.

“Hillhead is Hillhead for a reason, how are first years going to cope with living with someone they don’t know.”