The panini eating contest raised over £300

Stuffing their faces in the name of helping others.

Two members were entered each from the Men’s Hockey, Women’s Lacrosse, Men’s Lacrosse, Rugby and Gymnastics teams to determine who could eat the most sandwiches and take home a £100 prize for their respective club and a massive bottle of champagne. 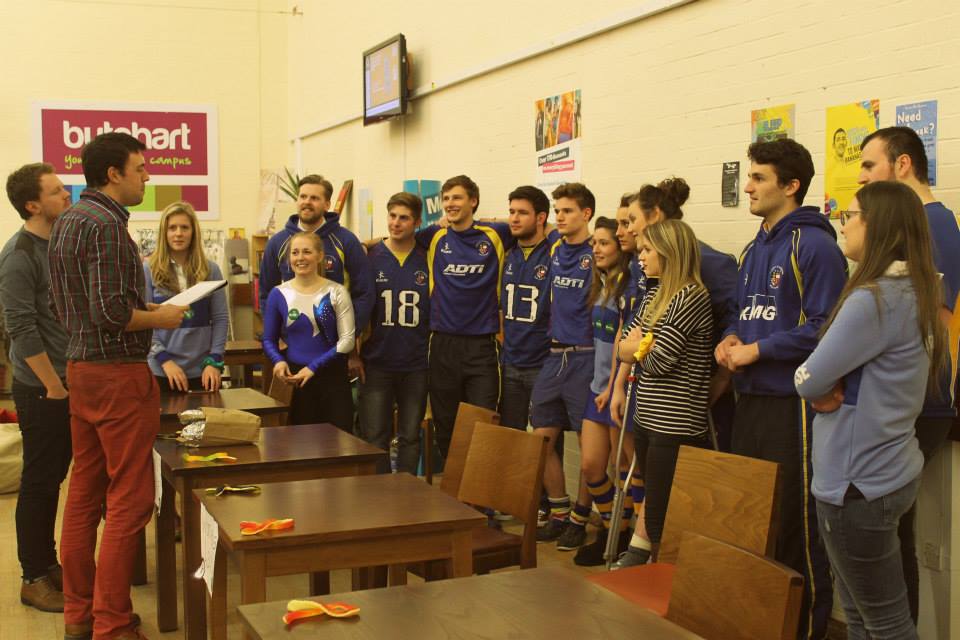 “MAN VS GRUB” was part of a charity bake sale put on by the Women’s Lacrosse team to try and raise money for RAG, of which a proportion would be donated to KidsOut Aberdeen.

And, this organisation provides support for mentally and physically disabled children and their families, including encouraging them to get into sport.

At 5:30PM, spectators gathered in Butchart as speculation was circulating on who was favourite to take the cake (seriously, winners also got the leftovers from the bake sale). 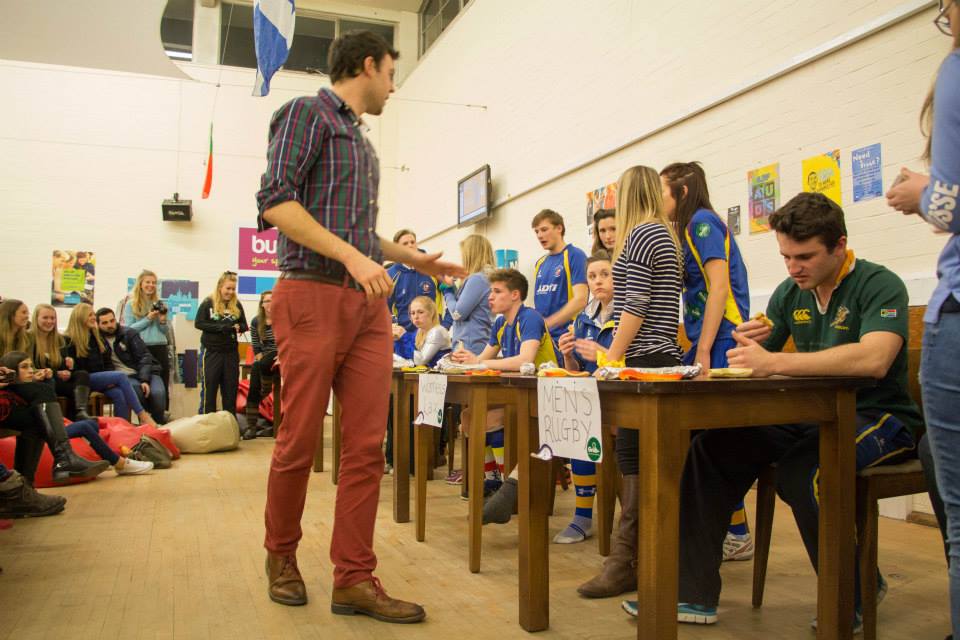 Owner Stuart Ross explained the rules: “Two competitors can tag in and out, with each team having to each polish off eight Paninis in total.

“The competition is split into two – the first round is four Panini’s and the bottom two teams will be knocked out, leaving the remaining three to battle it out in the final round.”

Popular opinion saw Jonny Lyall and Will Kelly from Men’s Rugby as most likely to bring it home, but this was not to be the case.

The first round saw teams take on some Grub all – time favourites, including the Fat Boy, Italian Stallion, Bob Marley and the Hammer of Thor. 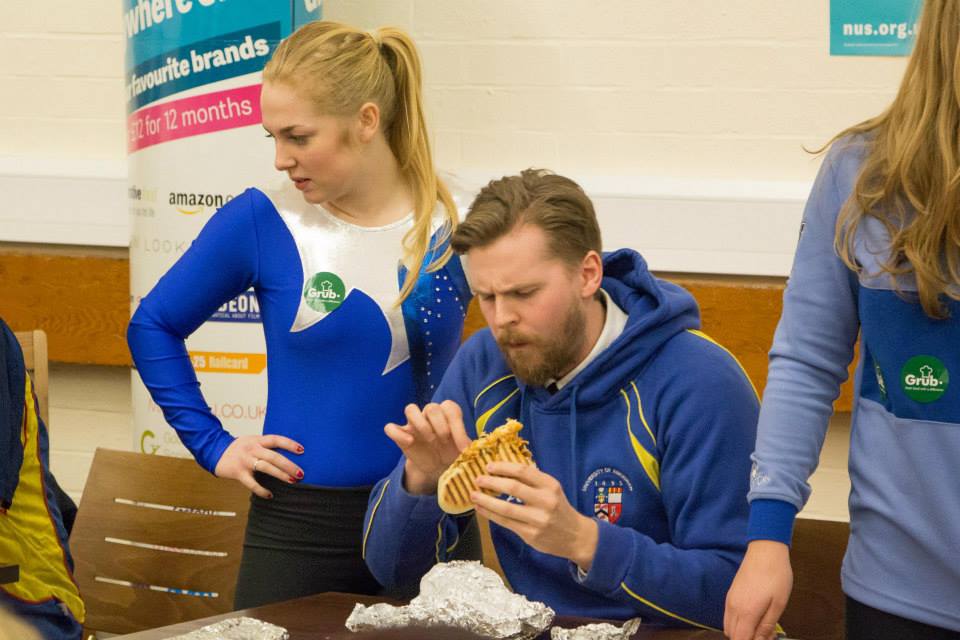 All the teams put in a great shift, however it was the Gymnastics and Men’s Hockey teams who sadly had to call it quits, while the other three remaining teams continued on.

Round Two and the men and women’s lacrosse and rugby faced off one another, racing through unconventional paninis such as “Death By Chocolate” – with 20 jalapeños inside.

When the dust settled it was Men’s Lacrosse who won, and claimed the cash prize along with the champagne. 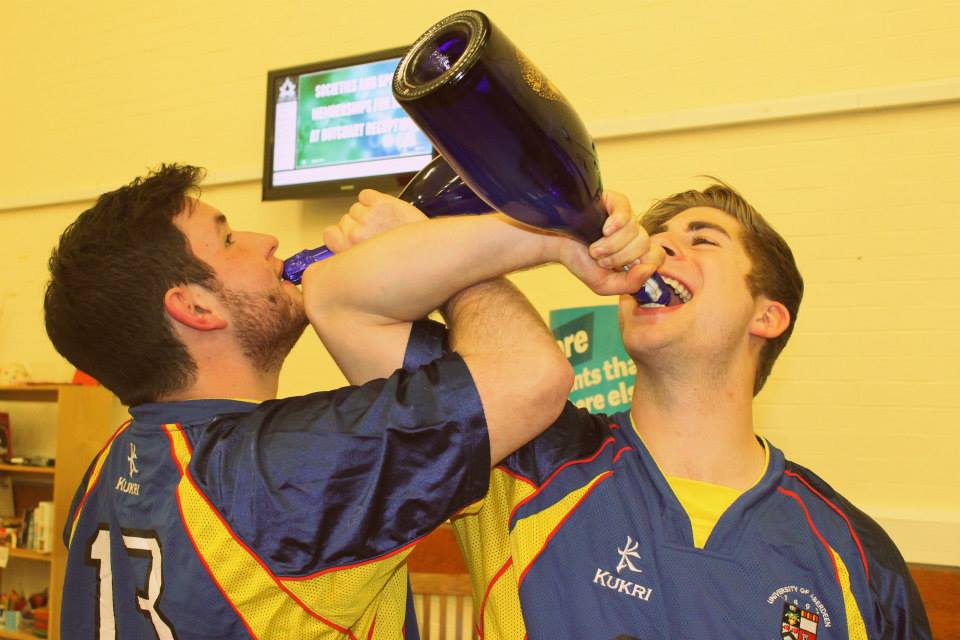 The overall money raised from Friday was a whopping £336.81.