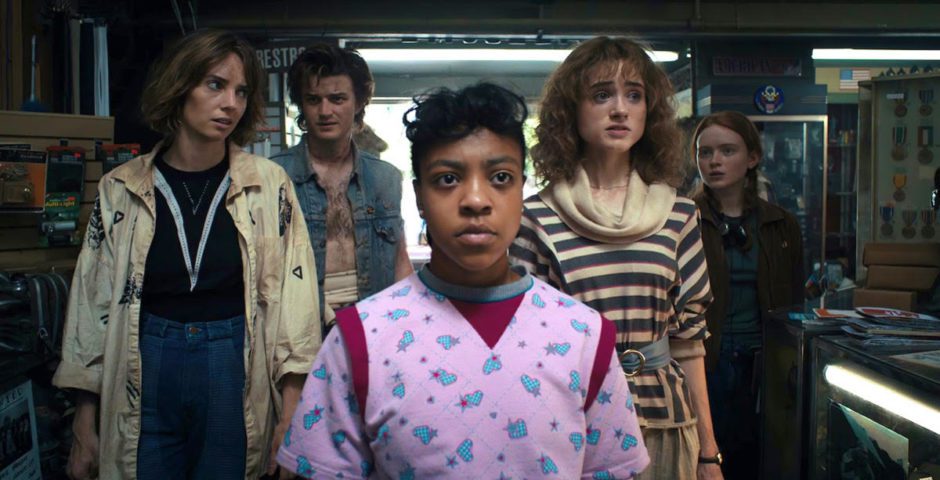 If this doesn’t happen I will fight Vecna myself

Yesterday, Netflix released the trailer for the final, double feature length episode conclusion of season four. And it looks huge. It looks like the latest entry in the MCU, except actually good. The budget? The stakes? The cast size? We’ve never had a conclusion to a Netflix phenomenon on this scale – and with the two episodes running at an hour and 25 minutes and then two hours and 30 minutes respectively, The Duffer Brothers and Netflix are pulling out all the stops. But how should this huge season end? The characters are disjointed and widely spread, and it needs to be done right. Here’s exactly how the ending of season four of Stranger Things should conclude.

Where are all the characters by the end of The Massacre at Hawkins Lab?

In the finale of volume one of season four, the characters all found themselves battling towards a climax. In Russia, Hopper and Joyce were reunited after he barely survived a Demogorgon prison rampage. Murray and Joyce’s plan went off pretty much hitch-free, and now the characters are all together even if the Demogorgon isn’t fully defeated. Stronger together, though, surely?

In Hawkins, Steve, Robin, Nancy and Eddie are stuck in the Upside Down. Dustin, Erica, Lucas and Max are being interrogated by the cops, and theorise what Vecna’s plan is. Dustin realises that when Vecna kills someone, he makes a psychic connection to them that opens a rip between dimensions creating a gate between Hawkins and the Upside Down, and that he’s likely doing this for The Mind Flayer and is his “general”. To connect with the gang stuck in the Upside Down, the Hawkins lot use a Lite Brite to communicate with the lights in the Upside Down and then go to the gate at Eddie’s trailer, throwing a rope through the gate to get their friends back. Robin and Eddie got through fine, but Nancy on her turn goes into Vecna’s trance and Steve can’t shake her out of it.

Eleven, meanwhile, has been submerged by Brenner into her darkest memory: The massacre at Hawkins Lab. After she’s bullied by the other numbered children, a friendly orderly tries to help her escape the lab and gives her a tip off. After helping him escape too, he murders the children leaving Eleven looking on in horror. Nancy also witnesses the reveal that the orderly is Henry Creel, the child Victor Creel who had telekinetic powers and killed his family before Brenner tried to experiment on his powers. Eleven and Henry Creel / One duel, with Eleven emerging victorious and banishing Henry to the Upside Down where he’s struck by lightning and becomes Vecna. WILD.

What happens in the trailer for the final episodes?

Shit well and truly hits the fan, that’s what. The trailer sets up one thing without hesitation: This is going to be a war. A battle. We’ve never seen something on this scale in Stranger Things, and season four volume two is going to give us the kids ready to fight. There’s shots of the gang with weapons, looking worse for wear and gearing up for a huge fight. Vecna speaks throughout the trailer like he’s already won. The menace is palpable and the dread levels are high.

It looks like the Russia lot are still in Russia. Robin is not hopeful that everyone will survive this time. Neither am I.

Season four volume two needs to end with some big main character death. And considering cast members said this season is Stranger Things going “Game of Thrones, it feels highly likely. My money is on Robin and Eddie carking it. We know Nancy manages to escape the Upside Down because Netflix have shared pictures of her back in Hawkins. But I feel like Nancy could still be on the chopping block.

I think Eddie will die, and though I’ll be sad, it will be a good ending. I THINK it’s Eddie slamming on an Upside Down rock concert in the trailer, and I have a theory this is him distracting monsters to save the gang. Steve is also a death I think is due, and I will cry a lot because he is literally the best character in the show. But I think the ending of season four of Stranger Things and his evolving character arc from bully to hero would reach its natural conclusion going out in a blaze of glory. There will be DEATHS, just don’t kill Max. Please.

Everyone back in Hawkins

Although it looks like the Russia lot are staying there, I hope that Eleven, Mike, Will, Jonathan and Argyle manage to all reconvene in Hawkins with the rest of the gang for the battle. From the huge explosion in the trailer, Eleven is definitely in some form of battle. This show is at its strongest when everyone is together!

The Upside Down will bleed into Hawkins

With the gates being opened by Vecna one bone crunching murder at a time, for season five and beyond I need the finale of season four to descend into inter dimensional bleeding chaos. Hawkins gets taken over by The Mind Flayer and the gang face off against him on a huge scale. Season five is completely apocalyptic. We’re going all out.

Look, I’m not happy about it, either. But Vecna needs to win the battle to cause ultimate carnage for season five. Please, The Duffer Brothers, make this Stranger Things season four ending wish list come true.

Stranger Things is available on Netflix now. For all the latest Netflix news, drops, quizzes and memes like The Holy Church of Netflix on Facebook.

• Wait, who actually plays young Eleven in Stranger Things and is it Millie Bobby Brown?

• Quiz: Tell us your order at the Binley Mega Chippy and find out your degree result