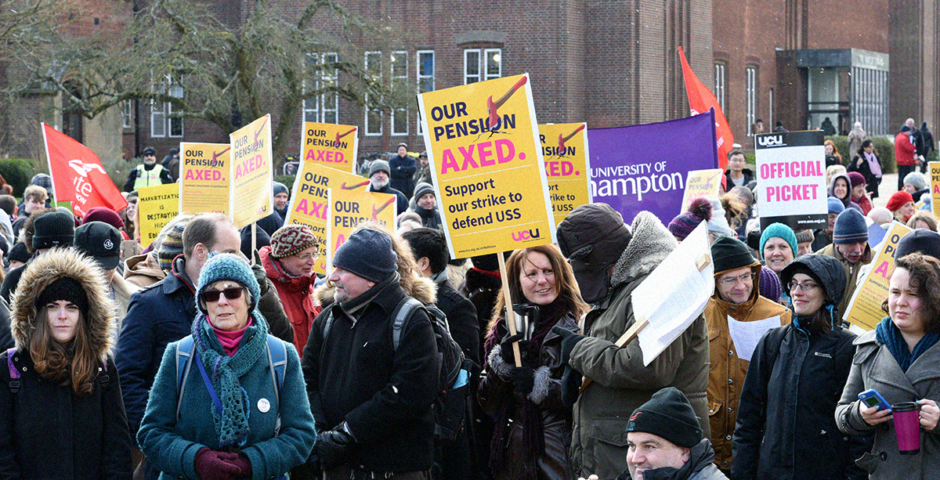 ‘Nothing short of a heist’: University staff to lose up to £200k from their pensions

Universities ‘lied about the scale of their pension cuts,’ says union boss

University staff aged under 40 are set to lose between £100k-£200k of their pensions according to new research by Cornell University.

Joe Grady, head of University and College Union (UCU), said: “This new research is yet more damning evidence that employers lied about the scale of their pension cuts.”

Lecturers have been on strike at universities across the UK for up to 18 days during the academic year 2021/22. Much of the dispute has focused on poor pay and pensions.

The USS is a pensions scheme with over 400,000 university staff enrolled. The new research shows that members on the scheme will lose £16-18billion globally, with those aged under 40 losing somewhere between £100k-£200k in retirement.

Previously, Universities UK (UUK) repeatedly claimed that staff earning under £40k would receive a cut of 12 per cent to their future pensions. The recent report has branded this “a serious underestimate.”

The University and College Union  represents the interests of staff working at UK universities. General Secretary Jo Grady said: “This is nothing short of a heist, carried out by vice chancellors on salaries as high as £600,000 and in charge of some of the richest organisation in the country.

“Throughout negotiations UCU repeatedly urged university management to come clean to staff but they refused, despite USS’s own projections confirming that employers were underestimating the level of the cuts. This obscene but entirely consistent behaviour has eroded any trust that remained between staff and those who are supposed to lead our universities. The 196,000 staff who will face cuts of between 30 – 35% to their future retirement income will rightly want answers from their employers, and fast.”

A spokesperson for USS Employers said: “The employer proposal secured a viable and implementable solution to the 2020 valuation, which retains a significant element of defined benefit within the future pensions earned by members.

“We have not made misleading claims. It is reasonable for us to conclude in headline terms – using the example personas developed by USS itself to show the impact – that reductions in retirement benefits will be in the range of 10-18 per cent. We have consistently said that scheme members should use the USS modeller to check the possible impacts in their specific circumstances.

“It is also important to recognise that employers have responded to the major concern of rising inflation by agreeing to defer the application of the 2.5 per cent inflation cap up to and including the increase due in 2025.”