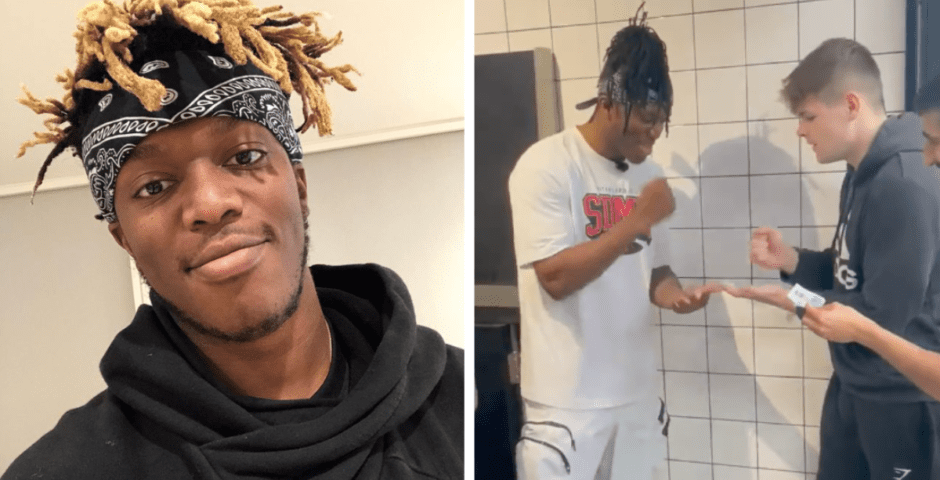 Hey Siri play That Should Be Me

KSI is paying £18,000 of a uni student’s tuition fees after losing to him in a game of rock paper scissors.

Jordan Macmillan, who’s a student at UCFB, a football and sports uni in London, said it started as a “joke” with his friends, but he decided to ask KSI to pay for his tuition fees if he beat him in a game of rock paper scissors.

“I thought the worst that could happen is that he say no and we’d have a laugh about it. I never imagined he would actually agree”, Jordan told The Sun.

“Vikk suggested that he pay one year – £9,000 – which is what we agreed on in the end. So we played rock, paper, scissors and I won and just started laughing.

“I was in shock. He then followed me on Instagram and got my details.”

Beat @KSI in a game of Rock Paper Scissors for my tuition. This guy is a serious top man, much love bro pic.twitter.com/qKoPPlFnJI

Jordan says he then got a message from KSI saying “Enjoy it brother”, before he checked his account and saw he’d sent £18,000 – tuition for both years of uni Jordan has left.

He says he was “shocked” and couldn’t believe it. “He’s such a nice guy so I had no doubt he’d send it but I was so shocked he sent it that quickly”, Jordan said.

“It still hasn’t settled in yet. I’m not sure it ever will. I sent him a message after to thank him trying to keep my cool but I couldn’t.”

Then Jordan phoned his family (“tears everywhere”, he said). “I still can’t believe it, I’ll probably invite him to my graduation.”

• Ranked: The best universities on earth according to the QS World University Rankings