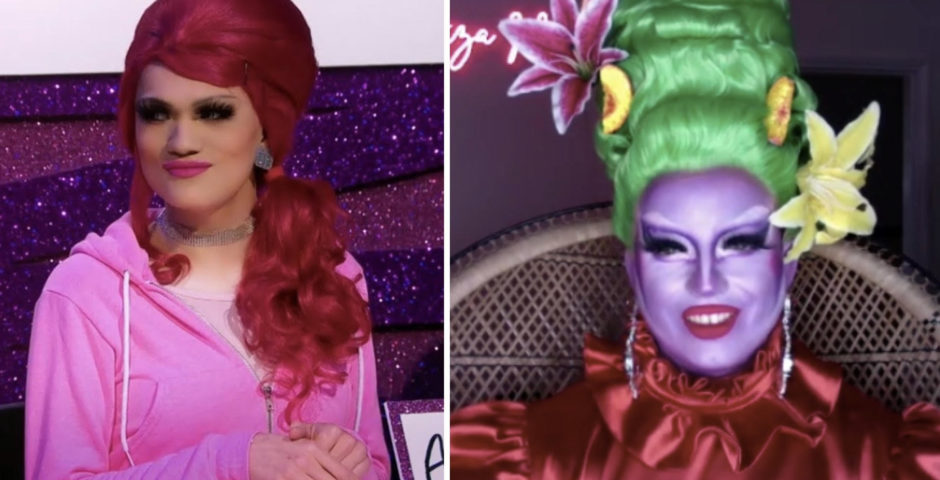 I don’t think I’ve ever finished an episode of Drag Race UK with more fury and a sense of raging injustice than I did finishing the Snatch Game episode of season three last night. The fact that today I am talking to River Medway AND Choriza May is one my heart can barely take, considering they were both my picks for the winner of Drag Race UK. After a decision that feels like it came from nowhere to send home two absolute fan favourites, I couldn’t wait to catch up with both of them to see how the iconic queens felt about such a shock decision from RuPaul.

The Tab will be doing interviews on Friday afternoons with every eliminated queen this season, so make sure you check the website on Friday evenings to read what we get up to. Today I jumped on a Zoom with River Medway and Choriza May to talk all about their sad departures:

‘I have shown the world the authentic me’

First thing I wanted to know from River Medway is what she is most proud of on her time on Drag Race UK, because her and Choriza May have so much to be proud of. “I’ve shown the world the authentic me. I’ve shown everything that makes me who I am. My heritage, where I come from, my story and my family. That is how deep drag goes.” I praised River’s showstopping look from last week, and said it must have been amazing to see how well it translated to the fandom. “I knew it was good, but I’m shocked at how big the reception was!” She needn’t have been shocked – it was an instant classic.

I asked if River felt robbed not getting the solo win last week, but she wasn’t phased. “The only thing I didn’t get last week was a badge. But from the reaction, I might as well have won. What happens if you win a badge but don’t get the good reaction from it? Does it matter? If anything it was good, because it makes people even more supportive of it.”

‘I don’t think it needed to be a double elimination’

Did River feel like she deserved to be in the bottom for Snatch Game? “I knew I was going to be lip syncing. I don’t think it needed to be a double elimination, that was a bit dramatic. It was really unnecessary. I’d rather Choriza have stayed so at least it doesn’t mean I was bad, just that she was better. But it felt like they were saying ‘you were both so bad, you have to go home'”. I agree – the decision was unjustified, and existed seemingly for no other reason than to produce Drag Race UK twists and drama, which Choriza May and River Medway didn’t deserve to get the brunt of.

Fans are outraged at the choice, and rightly so. “People were saying within Drag Race that fans are going to be so upset, and they really have gone wild. It’s not good it happened, but at least I got a good reaction from it and left people wanting more.” 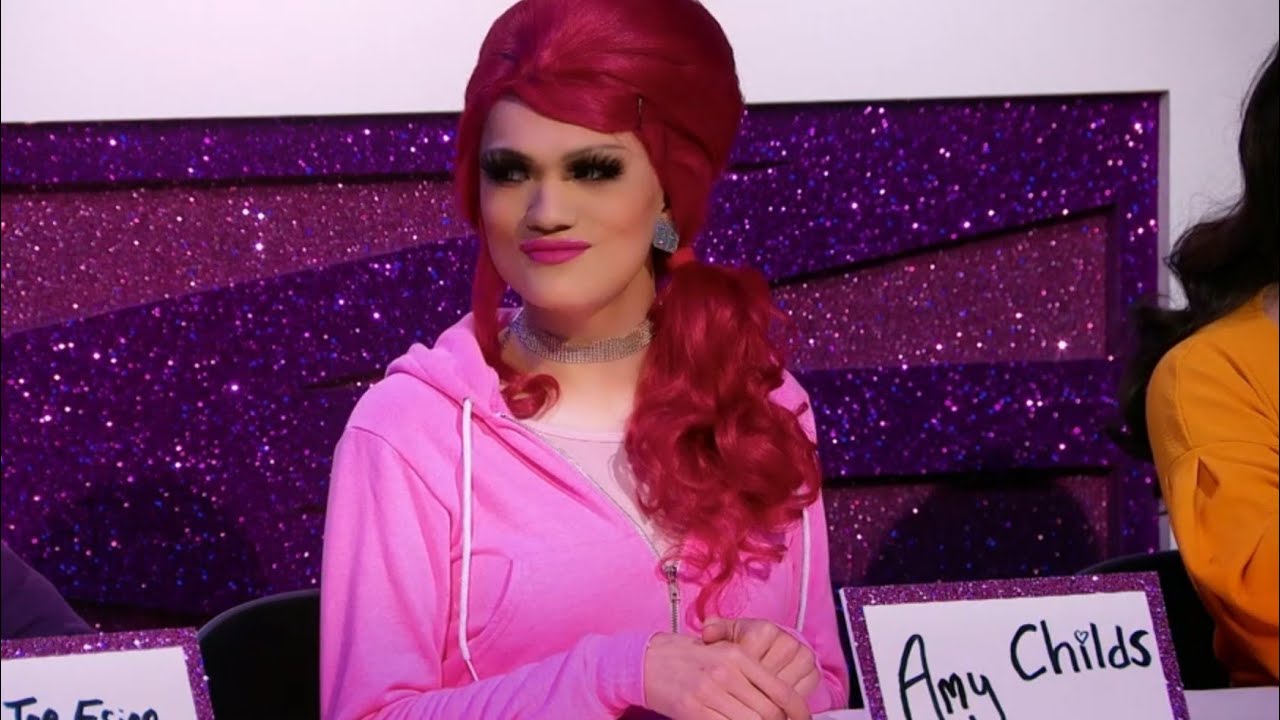 Clearly celebrity impersonation is not easy, and I asked River if Snatch Game is as hard as it looks. “Yes. I hated it, to be honest. It was very obvious Kitty and Ella smashed it, and everyone else was sort of doing the same.” I agreed – this season, there was no disastrous performance, which made the judging hard to predict.

River wants to see Kitty Scott-Claus take the crown from the five queens left, but  what’s next in her career? “Well, some stuff I can’t talk about at the moment. But next year – watch out. I love performing and live theatre and there’s a lot of that coming. I just want to spread my message all around the world. I want to be entertaining people on stage until I die!”

Would River Medway ever come back and compete? “In the words of Justin Bieber: Never Say Never!”

‘A double elimination is like saying you’re not good enough’

Choriza made me laugh within two minutes of starting her Drag Race UK exit interview, saying “Someone tweeted last week that ‘if either River Medway or Choriza May leaves next week I’m going to kick off’, and I just thought… Don’t! Wait for the next episode, you’re gonna love it!” The double elimination was cursed, and I’m still not over it. “We were so nervous and worried that it was so embarrassing. I was so nervous to watch it back. The pressure to go out amongst the masses and perform. Watching the episode, it was fine. It wasn’t that bad. It was a bit uncalled for.”

I couldn’t have agreed more if I wanted to, and the whole fanbase is rallied round them. “I’m not taking it as a reflection of who I am as an artist. I know my worth and what I bring to the table. But it’s a drag show. It has to be entertaining, with plot twists. People get so emotionally invested, and it’s been so moving to see everyone outraged and angry. We are angry as well that this happened, and it’s nice we’re on the same page as the fans.”

“We left them wanting more!” She’s right, both Choriza May and River Medway left the show as fan favourites and with audiences wanting more. “Would I have liked to make it all the way to the end? Absolutely. But this is how it happened and I’m grateful for the experience.” I think Choriza May was completely underrated and should have won a few weeks when she was only declared safe. “I did feel very underrated. It’s hard when you’re in that competition and you know your worth, but when you have big names like RuPaul telling you you’re not good enough it’s hard to not buy into that. I started to convince myself that I was just a safe queen, but when I watched it back I could see myself shine. I looked amazing.”

“I think my looks have been very underrated all season. My looks are the starting point of everything, and I take meticulous care with my looks. So comments like lumpy pads, dirty tights, I think they really damaged my image and reputation. Thankfully, the fans saw through that. In my head, I was dreading to watch it back because I thought I was going to look awful and a mess, but I watched it and I was like … ‘where?'”

“I think there were a few better contenders for the bottom two. My Snatch Game was safe, and I think my look was the best on the runway.” Choriza slayed her fruit look, but it was hard to critique the Snatch Game when there was nobody that was a disaster. “Which makes it very easy for them to place in the bottom two whoever they want.”

It just felt like a stunt for the sake of it. “You can just go down a spiral of chaos. What’s the next outrageous thing we can make happen! We were not expecting it at all, but at least I got to have my sister with me. I never got beaten in a lip sync, though, and not many queens can say that!”

I asked Choriza if she thinks there’s a specific look the judges are after that queens have to conform to get praise, and she didn’t hold back. “There are very clear standards. When it comes to silhouettes, they don’t forgive anything that doesn’t fit a certain mould. If you do anything out of the ordinary, they don’t seem to process it well. They want a very clean image. And that’s not what drag is always about. Sometimes drag is about getting dirty.

“I think because Ru and Michelle have done so many seasons, they expect to understand what’s going on on stage straight away. If they don’t, you’re fucked. And I don’t think that’s positive for anyone. Drag Race should be about questioning roles of gender and creativity and what art is, and that’s what Charity brought to the table. Don’t question it. Just enjoy it. Don’t tell me to look prettier, don’t tell me to look more cinched – those critiques are stupid. If you don’t understand it, educate yourself. My recommendation? If you go on Drag Race, ignore it. Do you and don’t try and fit the mould.”

‘I wish I had told the judges to open their eyes’

I asked Choriza May if she had any regrets. “Not one. I wish I had been a bit more outspoken to the judges. I wish I had told them to open their eyes to the amazing drag that’s before them, because at the end of the day they are the ones that are missing out. It got a bit frustrating at times. If I had to do it again, I would speak up more.”