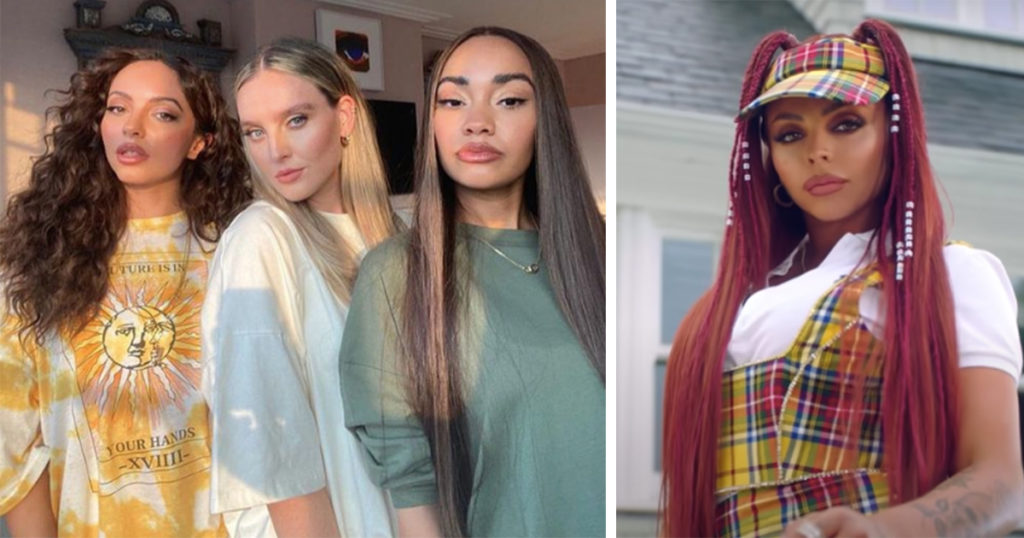 Back in December 2020 Jesy Nelson and Little Mix explained Jesy was leaving the group due to her mental health but no one expected this level of drama to follow. Over this past weekend, fans of the band realised that Jesy was no longer followed by her ex-bandmates Jade Thirwall, Leigh-Anne Pinnock and Perrie Edwards. And there have been several viral TikTok videos of people giving their take on the drama. So yeah, the whole thing is quite confusing and so much happened over the weekend that we need to unpack. So, here’s all the Jesy Nelson and Little Mix drama explained:

Right so earlier this weekend, Little Mix fans clocked onto the fact that Jesy was no longer followed by the remaining three members of the band. Then people began to speculate the reasons why the girls had unfollowed Jesy, and guessed it had something to do with the recent allegations of blackfishing Jesy has been facing since the release of her first solo single, Boyz. In the music video and song, Jesy can be heard rapping about being attracted to men who are “so hood” whilst appearing as racially ambiguous.

In an interview with Vulture, Jesy explained she takes all the blackfishing accusations seriously. She said: “I would never intentionally do anything to make myself look racially ambiguous, so that’s why I was initially shocked that the term was directed at me.” But this wasn’t the last of the drama, it carried on into Saturday evening when Leigh-Anne reportedly began interacting with people who posted online about Jesy’s blackfishing.

Zeze Millz (a broadcaster and cultural commentator) posted a video onto her Instagram and in the video she claimed Jesy was making a direct attempt to be racially ambiguous. Leigh-Anne then liked this video:

The video now has over 189,000 views and discusses Jesy’s music video and the topic of colourism.

An influencer has leaked messages between Leigh-Anne and Jesy

An influencer called NoHun, revealed their private messages between themselves and Leigh-Anne. In one of the messages allegedly to be sent by Leigh-Anne, she says Jesy blocked them and “cut them off”.

In another, Leigh-Anne appears to tell NoHun, “Do a video about her being a blackfish instead.” NoHun shared a screenshot of his conversation with Leigh-Anne (without any confirmation of it being legit) and a message from Leigh-Anne claiming Jesy blocked her and the two other band members on social media.

This conversation happened over the weekend after NoHun joked with his fans asking if he should perform a routine to Jesy’s new solo song and the account who No Hun claims to be Leigh-Anne, replied to his story saying “No”.

In the midst of all the drama, Perrie’s dog has also made the choice to unfollow Jesy on Instagram. Hatchi, who has over 123,000 Instagram followers, looks as if they unfollowed Jesy over the weekend whilst all this drama unravelled.