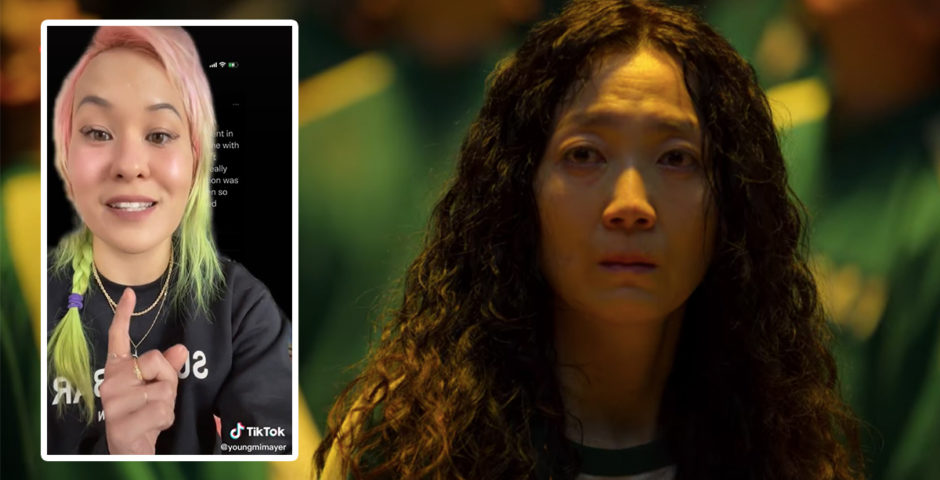 Wait, so you’re telling me the old man and Gi-hun aren’t actually that close??

A comedian, Youngmi Mayer, has gone viral on TikTok for pointing out the dodgy English subtitles we read in Netflix’s Squid Game. Youngmi, who is fluent in Korean, has claimed some things said in the show are slightly mistranslated which obviously can make a huge difference to how we understand the show. There’s also more stuff on Twitter, people have noticed a change in 067’s accent throughout the series, but people who don’t understand Korean haven’t been able to notice!!

The original TikTok, posted by Youngmi’s, has gained 10.2 million views and 2.2 million likes, you can watch the video below. In it, Youngmi explains they are fluent in Korean and have the English subtitles which is how they noticed non-Korean speakers are missing a load of important information from the Squid Game plot because of the weirdly translated subtitles.

Player 212 adds to the Korean stereotype of the working class

In the video Youngmi posted onto TikTok, it’s revealed player 212 tries to convince people to play one of the games with her, the captioned subtitles read: “I’m not a genius, but I still got it worked out.” But Youngmi Mayer explained that 212 is actually saying: “I am very smart, I just never got a chance to study,” which makes a big difference. From the closed-captions changing what player 212 says, it takes away her whole significance in the show. She plays the person in society who is smart but doesn’t come from a wealthy enough background to pursue her intelligence.

The old man and Gi-hun aren’t actually close, like the series suggests 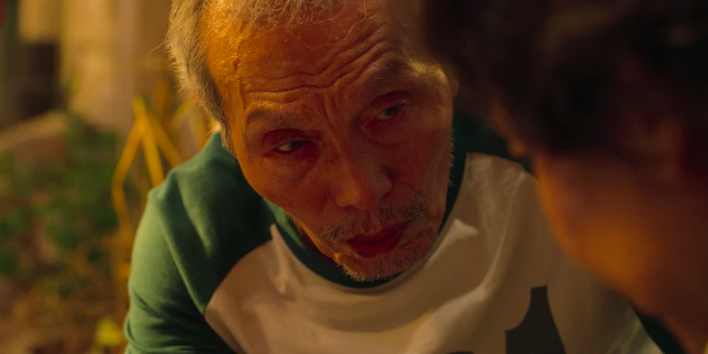 Youngmi then shows a scene between player 001, the old man, and Seong Gi-hun, the main character. In episode six, player 001 calls Gi-hun “Gganbu”, explaining that it means a good friend who you trust a lot. 001 then adds, ” you share things with them, your marbles, everything”. But Youngmi clarifies what was really said, 001 actually says “there is no ownership between me and you”.

Kang Sae-byeok, also known as player 067, joins Squid Game to help her family and over time we learn she’s actually a North Korean defector who needs cash to bring her family back together. However, most non-Korean speakers won’t notice the fact that Sae-byeok actively tries to hide her North Korean accent when she’s around other players from South Korea. It’s only when she talks to her brother that her original accent comes back.

When everyone watching with me was like “why does everyone know she’s North Korean.” We can hear it 😭 https://t.co/l2lYjcW3Y1

Closed captions are different from our normal subtitles

Youngmi also says the subtitles we see are actually called closed-captions which are subtitles for people who are hard of hearing. In some cases, where whoever is watching cannot gauge the tone of the character’s voice, simplified phrases might be used to make sure the general intention of a character is there.

Apparently the best way to watch the series is the normal English subtitles, as the closed-captions create mistranslations. However, Youngmi says the main point of their first video stands. The metaphors and what the writers were actually trying to say are still present even with the English subtitles.

• Ok, so what do the shapes on the workers’ masks on Squid Game mean?