The return of Drag Race UK is around the corner with season three dropping on September 23rd. The last season was a rip-roaring success, with the likes of Lawrence Chaney and Bimini Bon-Boulash sashaying their way into the herstory books. And if the the new cast are anything to go by, this year’s drag stars are likely to do the same. One of the queens hoping to make a splash is 29-year-old Elektra Fence from Burnley.

How did Elektra get her stage name? What’s her look all about? Who inspires her drag? Here’s a detailed rundown of everything we know about Elektra Fence:

You may recognise Elektra from a video that went viral seven years ago. In the video, a young Elektra a.k.a Julian Riley nervously tries to touch an electric fence.

After a while, he realises nothing is happening so holds his hand on the wire, inadvertently electrocuting himself. Maybe it shocked the drag into him as years later it inspired the stage name Elektra Fence.

Reflecting on the viral video, Elektra said: “I thought it wasn’t working ! I don’t recommend it, as it blew me off my feet and it really, really hurt!”

She loves being on stage and making people laugh

Elektra says that her happy place is on stage at a live show, entertaining the masses.

“I’m very confident as a boy, but when I put Elektra on, I feel so amazing. Like I am myself, but an extra 2,000 per cent! I love to make people laugh and have a good time with them,” she said. 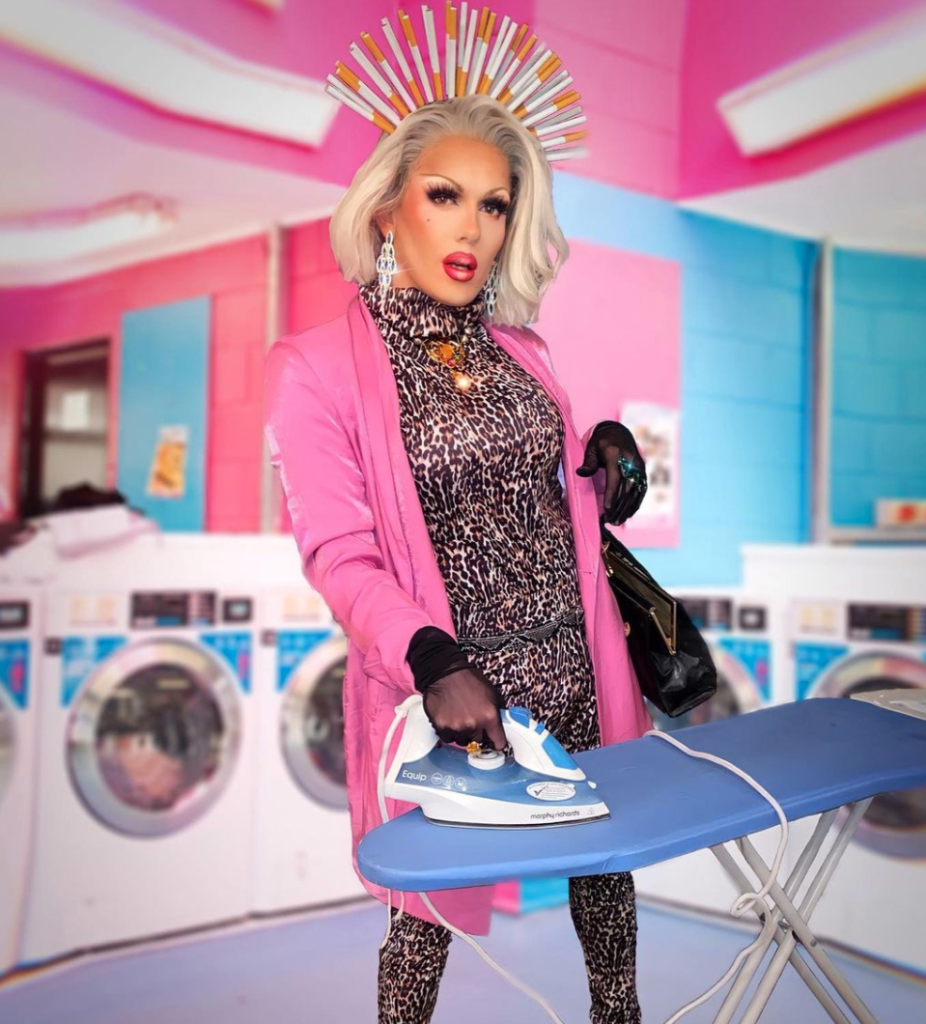 In her own words, Elektra is “death defying, electrifying and just up for a good time!”

She’s got killer dance moves and describes her look as a mixture of camp and glam with touch of low-fashion. “Think Pamela Anderson on the school run,” she said.

Elektra is a trained dancer

Elektra’s got a few tricks up her sleeve, one of which is being a trained dancer who can do a variety of wide-ranging styles.

“I was trained in ballet, freestyle, disco, ballroom, Latin and I can pole dance too!” Elektra said. “I’ve been performing since I was young, and my biggest career highlight was doing panto with Darren Day. He’s a lovely man!”

There’s a really wholesome reason why Elektra thinks she should win the show. “I should be the UK’s Next Drag Race Superstar because I don’t just want to be the best, I want to inspire others to be their best,” Elektra said. “Pass me the crown, Mama Ru. I feel like this is my time.”

Save the start date because Drag Race UK season three premieres 23rd September on BBC iPlayer. For all the latest Drag Race memes and Netflix news, drops and memes like The Holy Church of Netflix on Facebook.