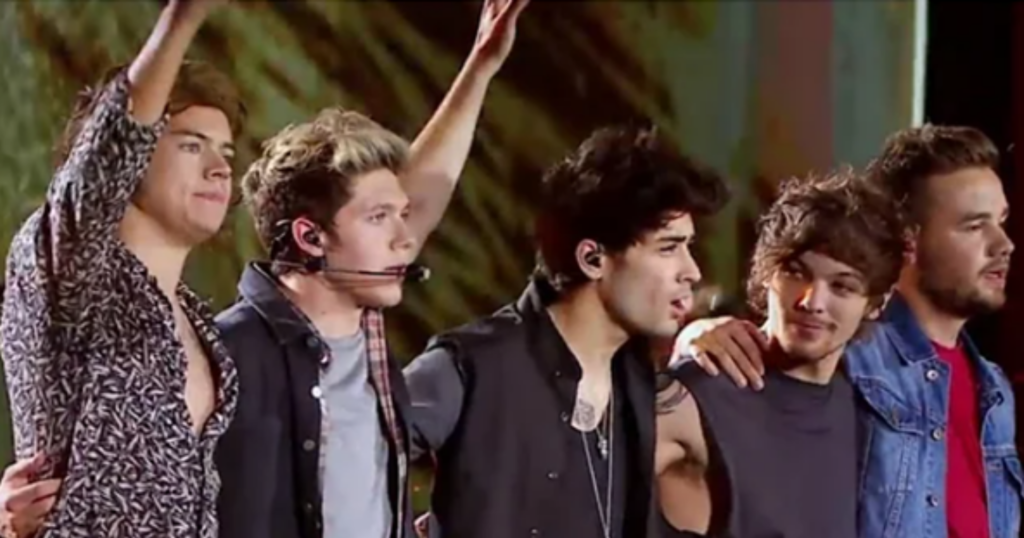 Up All Night crying over this one x

It was only meant to be an 18-month hiatus, they said. New music is coming, they said. Don’t worry, we’ll be back, they said. Not anymore. One Direction have lost their blue verification tick on Twitter and the Directioners are fuming.

The fans have naturally begun their detective work, and many think account inactivity is the reason for the loss of the band’s blue tick, which is, according to Twitter’s Verification FAQ, one of the reasons account verifications can be taken away. Twitter’s Inactive Account Policy suggests users should log in to their accounts at least every six months to avoid being viewed as inactive.

And this seems pretty legit – despite their massive following of 31.3 million on Twitter, the band’s last tweet is from 29th July 2020, which marked their 10-year anniversary.

So many memories ❤️ Thanks for celebrating with us! Directioners forever #10YearsOf1D pic.twitter.com/mW0atB9cOG

And this isn’t even the most savage thing about it. Oh no – Twitter took the tick down on bandmate Liam Payne’s birthday, 29th August. Considering his pretty public yearning for the old band days with the boys, it’s probs not a birthday present he’s too happy about.

So, as ever, the fans have taken to Twitter to express their rage, laughter, and just pure confusion about the whole thing. Here are some of the best of the bunch:

1.They’re really obscure, I don’t think you would have heard of them

go check out @onedirection !! new artist, they have a great 3rd album. so underground not even verified yet pic.twitter.com/GDcQCG7wQ9

3. Poor Liam, all he wanted was a quiet one at home with the family

One Direction losing its verification (ON LIAM'S BIRTHDAY) is my 13th reason. #onedirection pic.twitter.com/jefW7k82J0

4. Ooh I just got some serious deja vu

I guess One Direction’s twitter verification is going on a 18 month hiatus as well :’)

5. No exceptions, not even for you Harry

"twitter stated that verified accounts that don't tweet for a long period of time will lose their verification mark."

6. Well, I guess What Makes You Beautiful wasn’t for everyone

one direction losing their verification is very deserved considering how much they’ve ruined my life 💀 pic.twitter.com/GiE6R4PQag

7. Let us now have a commemorative reading

one direction official handle after loosing it's verification 😭 pic.twitter.com/bR7SOkc5sO

8. A bad day for One Direction but a good day for a puns

9. Mathematicians have proved that there’s a direct correlation

One Direction’s verification is gone just like my will to live ✌🏻 pic.twitter.com/6T3MMZVJvf

10. The people have spoken

13. Didn’t expect to receive therapy on Twitter today but here we are

"bro are you okay?" no, twitter removed One Direction's verification mark. twitter just confirmed it's time to move-on😩 pic.twitter.com/ZjSFJ3BJ69

Official acc of "the wanted" is still verified though they haven't tweeted anything for many years. One direction tweeted for last years' anniversary and they lost their verification??! That just make no sense. #onedirectionverificated #Make1DVerifiedAgain

16. Not One Direction being called an indie band, not this, anything but this

Come on man, now go and listen to my band @onedirection they are really very good and waiting to get verified. If you give them streams, one day they'll definitely get the blue tick. So go and help the small bands like them.
Here https://t.co/jMALhx3Ds9

Wait what?! Twitter why would you unverify one direction?? You better return that blue tick where it belongs before we band together and all give you one star reviews on Google playstore and get you removed #onedirectionverificated

19. A strange kind of optimism

for the people who weren’t there when @onedirection got their blue tick, maybe you’ll be their when they get it back in 2030 :))

20. Sorry to have to inform you

Hi One direction and eroda account lost their blue tick

• Your entire first year at uni, as told by One Direction lyrics

• QUIZ: Can you guess the One Direction song title from just one of its lyrics?