Love Is Blind’s Gigi has confirmed she and Damian Powers have broken up and she is currently single.

Speaking on E!’s Nightly Pop, Gigi said they had been broken up for a few months but she feels really good about it.

She said: “I am officially single. Me and Damian haven’t been dating for a couple of months now. I’ve moved on. I feel really, really good. I’m definitely at a really good place in my life.” 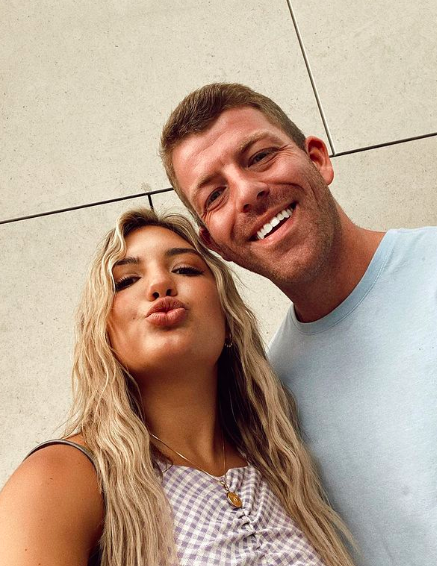 The news from Gigi follows the recent reunion episodes of Love Is Blind which aired on Netflix last week.

Last August Damian was pictured holding hands with Francesca and Gigi confronted the pair about their relationship in the reunion episode which was a celebration and reflection of all the cast had gone through since filming ended.

Speaking to E!, Gigi said she is now adjusted to not having Damian in her life. She said: “For the first time in like three years I feel like I don’t have to keep some sort of my life private anymore. We were just under wraps about everything. I was still trying to figure out, how does my life look without him in it? It’s been a long time but I feel really good. I’ve processed it all. I’m such at peace.”

Love Is Blind: After the Altar is available on Netflix now. For all the latest Netflix news, drops and memes like The Holy Church of Netflix on Facebook.

•The 39 best memes about the wild ride that is Love Is Blind: After the Altar on Netflix

•The 16 wildest and most shocking revelations and moments in Love Is Blind: After the Altar

•Ok here’s exactly all the drama that’s gone down between Damian, Francesca and Gigi