Love Island 2021 dumped Islanders, Lucinda and Aaron, have already split before they even really began.

The pair were dumped together at the end of last week, just before Casa Amor began, and said that they were hoping to meet up outside the villa. Aaron said he had already arranged a “surprise” first date for Lucinda, but now it looks as though that probably won’t go ahead.

In a new interview with MailOnline, 21-year-old Lucinda explained that she realised the pair were better off as friends, after they were dumped by the public vote. “Unfortunately, both of us didn’t find actual love in the villa,” she explained. “We’re great friends, I know that I can come to him for anything. The aim of the game is to find love and I did really want to… I made amazing friends in there.” 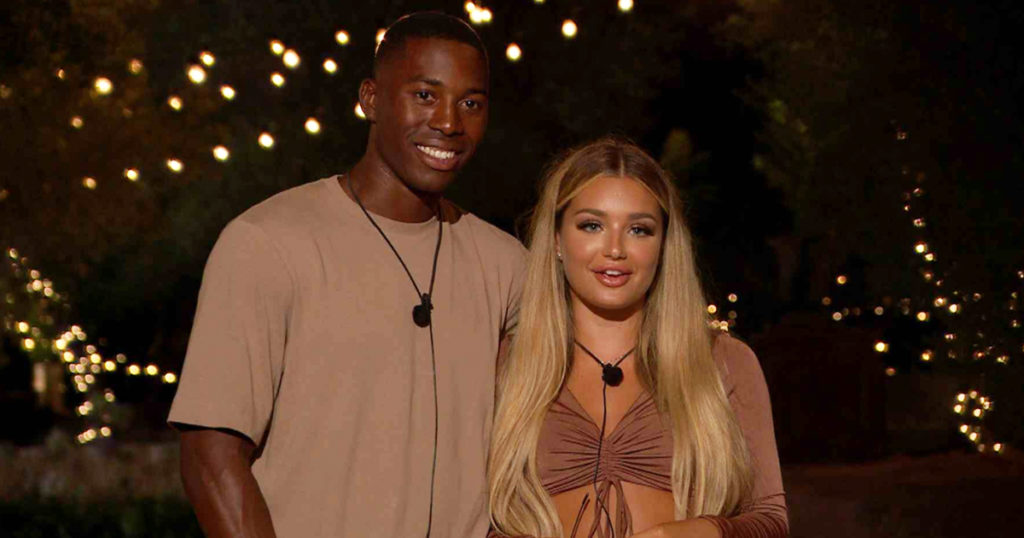 Lucinda continued: “We’ll definitely meet up, but whether it’s a date… we’re unsure what’s going to happen romantically between us, because we haven’t been able to properly see each other, and we’re both going to be busy because we have busy schedules going on so, if it’s not romantically we’ll be really good friends.

“It was weird, Aaron and I were at the airport, and we were like, we don’t even have each other’s numbers. We were hugging goodbye and thought we need to exchange numbers. We’ve kept in contact, we’re both in isolation, and there has been a couple of messages here and there. We did like each other in the villa, which was quite obvious, but we were only coupled up for a few days. It’s so crazy to think I was in there for almost three weeks, I feel like I blinked, and it was over.”

In his exit interview, Aaron had already said he didn’t think he was going to introduce Lucinda to his family, so I guess that’s that one then.

• All the evidence so far that Love Island 2021 is staged