Netflix just dropped its brand new dating show, Sexy Beasts. Everyone has been losing their minds over watching six grown adults in animal prosthetics trying to find love. The show is a similar vibe to Love Is Blind and the Masked Singer, aiming to focus on the personality of the person you’re dating rather than how they look. But who is the Sexy Beasts narrator?

The Sexy Beasts narrator is a guy called Rob Delaney. Known for being the star of the Channel 4 sitcom, Catastrophe, he’s a 44-year-old comedian from America. Alongside Catastrophe, he’s also appeared in Deadpool 2, Rocketman, Tom & Jerry and The Hustle. 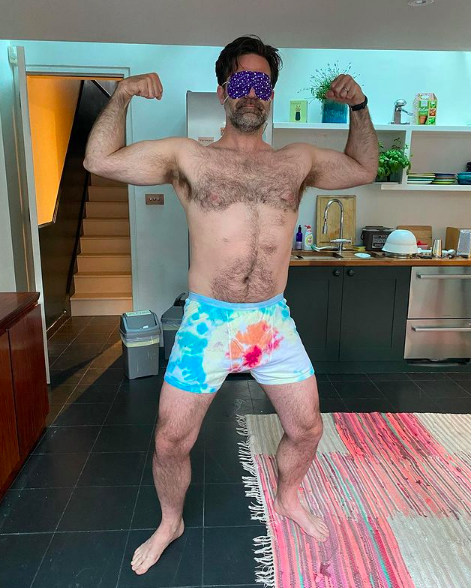 On Twitter, he’s got over 1.5 million followers and 256,000 on Instagram. In 2012, Rob won the “Funniest Person on Twitter Award” at The Comedy Awards hosted by Comedy Central. He’s quite open on his social media too, he recently revealed he’s a recovering alcoholic and just celebrated 19 years of being sober.

He’s a married man to a woman called Leah Delaney, they live in London together with their three sons. Since moving to the UK in 2014, Rob has appeared on several different British panel shows like Have I Got News for You, Would I Lie to You?, The Big Fat Quiz of the Year and was even a guest announcer on Ant & Dec’s Saturday Night Takeaway.

All six episodes of Sexy Beasts have been dropped on Netflix and whilst Twitter is freaking out over the scarily good prosthetics, people are loving Rob’s commentary. One person on Twitter wrote: “Why am I watching this dumb, dating reality show…The male narrator is funny though”.

Lawrd, why am I watching this dumb, dating reality show…
The male narrator is funny though.
Sexy Beasts is now on Netflix. #OmPiringNonton pic.twitter.com/i15guNXcH5

Someone else said they are losing their mind over Rob’s jokes voice overs.

One person even said having Rob narrate the show makes Sexy Beasts “the best show ever”. He’s really shady and sarcastic, the whole show is iconic.

We’re watching #SexyBeasts, and it’s fine.. UNTIL WE FIND OUT THE NARRATOR IS NONE OTHER THAN @ROBDELANEY!!!!! 🤯🤩😂 now it’s the best show EVER!

Sexy Beasts is available on Netflix now. For all the latest Netflix news, drops, quizzes and memes like The Holy Church of Netflix on Facebook.

• Oh my god! There’s another Love Is Blind reunion coming this month!