Chloe will dominate the smoking area and you know it

Have you been losing sleep over the thought of what it’s like going on a big night out with the Love Island 2021 cast? Yeah, same. Luckily we can all sleep easy now because we’ve devised a solid explanation of what role each cast member would play on a messy night out. We all know Aaron would get pissed far too early and Jake would dare everyone to suck each other’s toes in spin the bottle, but what would everyone else be like? Here’s who each Love Islander from the 2021 cast would be on a big night out:

The one who peaks at pre drinks – Aaron 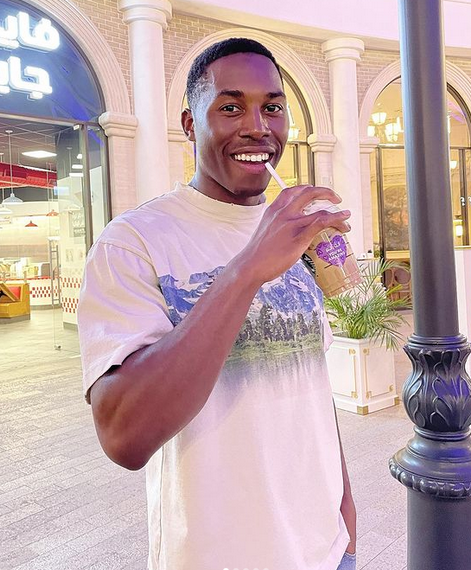 Aaron would bring a bottle of wine, have one glass and then get pissed. He’ll start telling everyone about his hatred of hairy arms and fiery women and that’s when you’ll know it’s time for toast and bed.

The one who hunts for drama – Faye 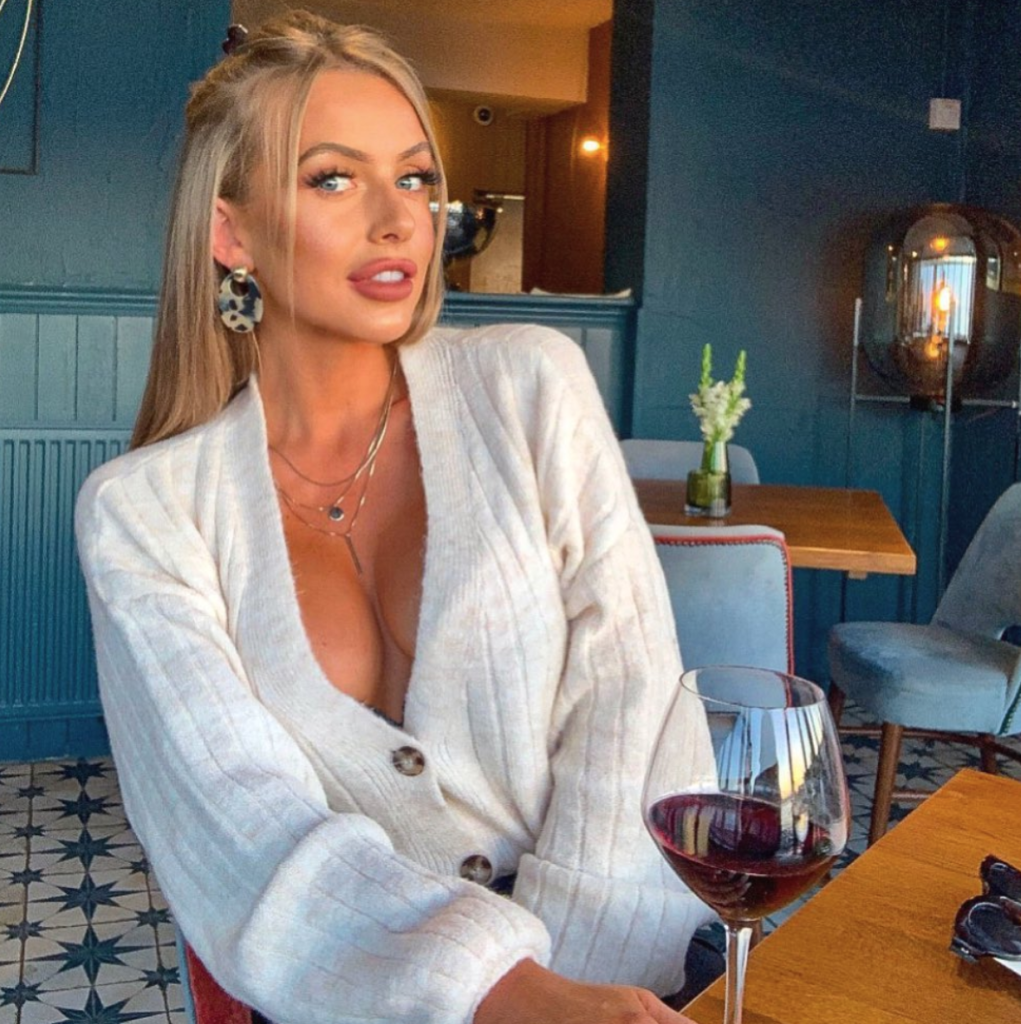 The first words out of Faye’s mouth will be something along the lines of “Is that girl’s boyfriend looking at me? Should I say something to her?” She’s chaotic, carefree and will steal your man after she gets too drunk and brags about how much of a “girl’s girl” she is.

The one who dominates the smoking area – Chloe 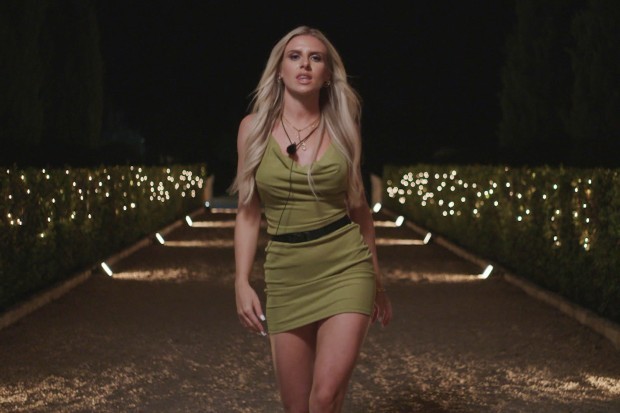 Chloe doesn’t strike me as a smoker but she does have social smoker energy. She won’t buy her own cigarettes but she’s no stranger to asking for a drag of yours if she’s pissed enough.

She also doubles as the one you’d have a deep, drunk chat with. Sitting outside the kebab shop on the curb, it’s dark, cold, windy and you’re both absolutely steaming. You each share your last cigarette, and all it takes is one look from Chloe and somehow you’ve told her all your trauma over the last 15 years. She nods, she understands, she consoles.

The one who cries – Hugo 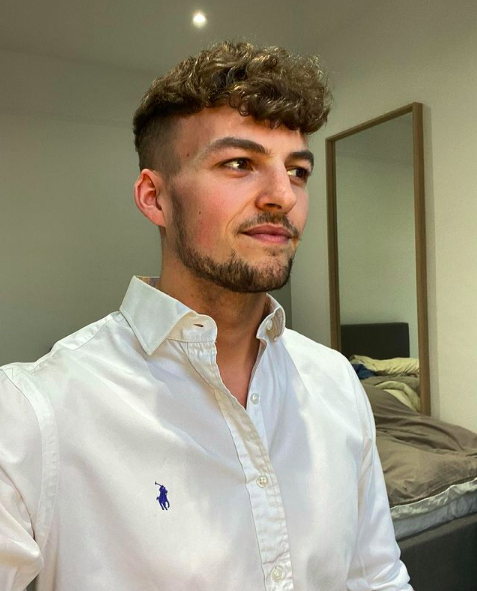 Based on recent events it wouldn’t really be anyone else who cries, would it? One glass of Echo Falls would make this man cry like a baby. He’s the type of person who’d sit down at pre drinks, go to use the toilet, come back to realise his seat has been taken. Instead of sitting elsewhere or asking for his seat back, he would just perch on the floor. He’s a peaceful, teary boy.

The one who requests shit songs – Sharon 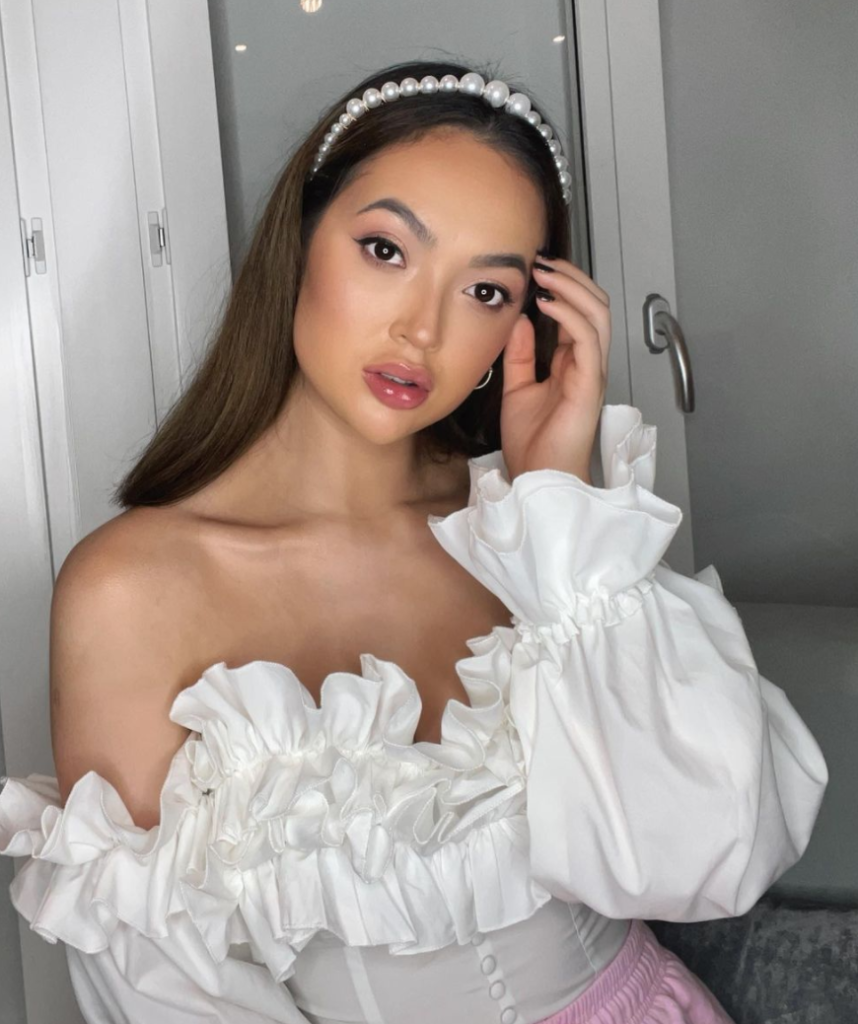 Sharon is the type of person who’d request Backstreet Boys in the club. She’d wake up the morning after, feeling hellish, open up her phone to be met with multiple different notes she’s written to the DJ which requests for songs like I Want It That Way or Everybody.

The one who’s desperate to pull – Toby 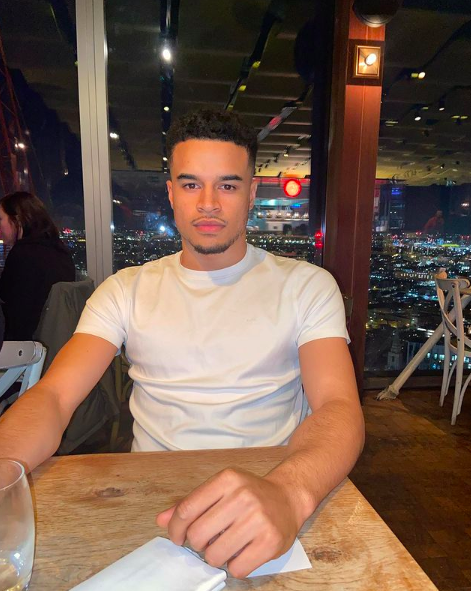 Poor Toby. All he wants is someone to hold him at night. Rock him back and forth like a baby and tell him they’re proud of his virtual semi-pro footballer status. So when he goes out clubbing, he has the intention of finding his club lover (someone who will dance with him all night, let him buy them drinks and then do a runner when he instigates a smooch).

Despite Toby’s lack of success when it comes to pulling, and the fact he can never get a text back, he will soldier on to the next week. You’ve got to respect the guy, he tries.

The one who actually pulls – Teddy 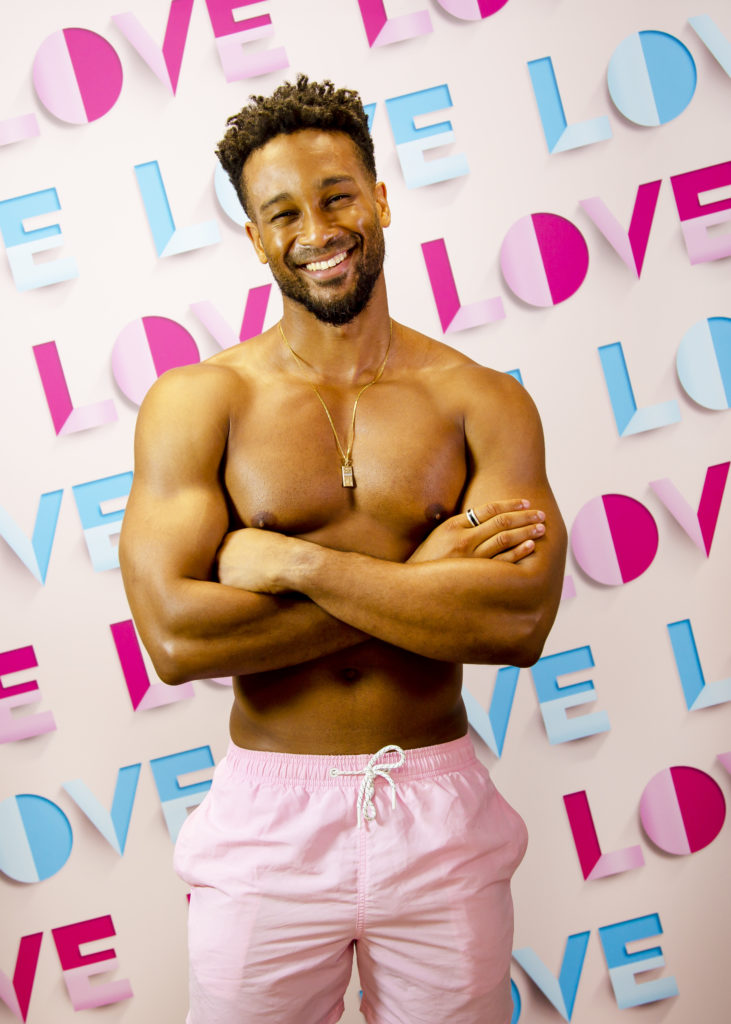 Unlike Toby, Teddy is smooth. He is the man who goes out and breaks several hearts. All the girls want to get with Teddy and he shows absolutely no intention of picking just one of them. Teddy will make all the girls in the club think they have a chance with him, he’ll kiss several women every night out.

The one who is a hot mess – Rachel 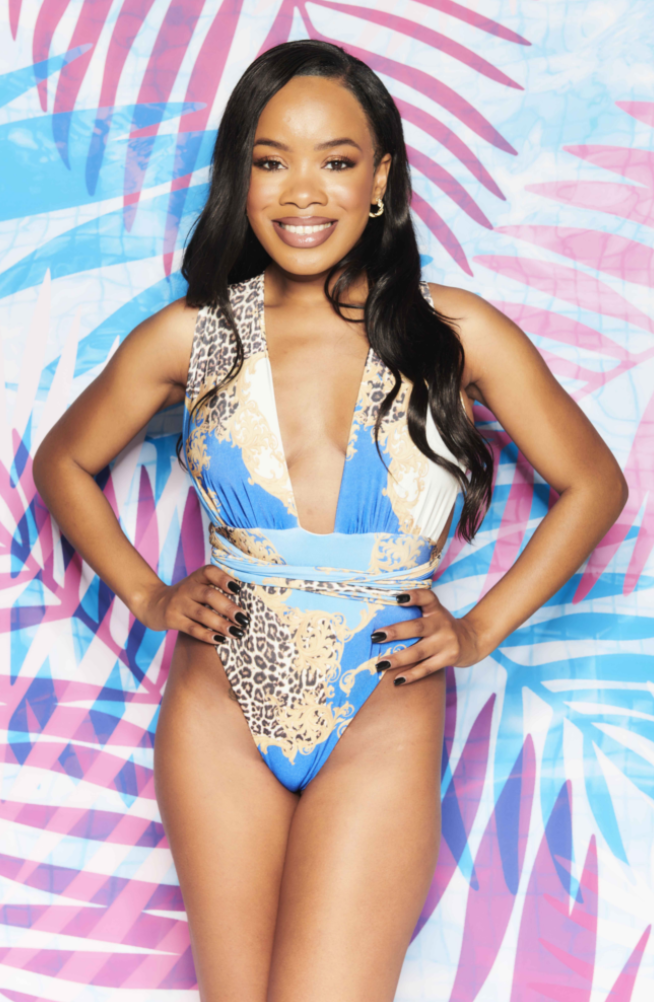 Rachel is the type of person who goes on a night out looking for a fit guy to snog and bring back home. She’ll get absolutely steaming at pre drinks, and somewhere between there and leaving the club, she’ll lose her ID, phone and debit card. She’s a mess.

Her hangovers won’t be pretty. It’s likely she’ll rise at around 1pm the next day and demand a full debrief with the girls. She’ll be wearing last night’s makeup and she’ll have mascara running down her cheeks from when she literally weeped in the club toilets over a boy who she has no emotional attachment to when she’s sober. Then she’ll clock onto the fact she has, once again, lost her debit card so she needs to cancel that. She’ll reach for her phone to freeze it and realise, oh yeah, she’s lost that too. But despite her chaotic energy, she’s ready to repeat the whole thing the following week.

The one who takes on the mum role – Kaz 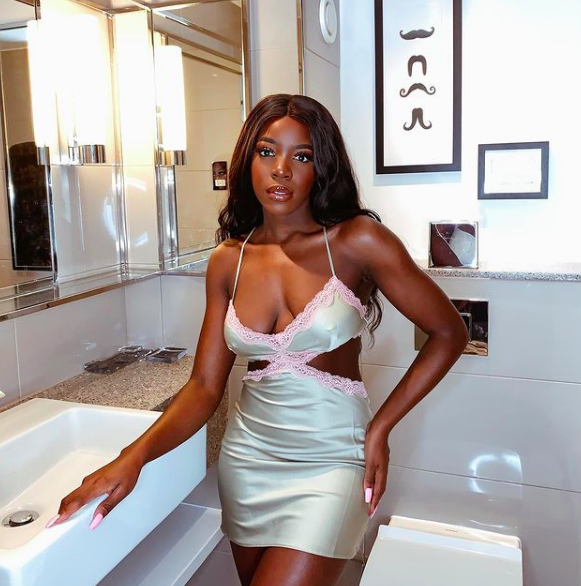 Kaz definitely doesn’t sleep until ALL her mates text her saying they’ve got home safe. And her mates are never prepared to feel her wrath if they fail to text her.

Every friendship group needs their own Kaz on a night out. She’s the type of person who would bring spare hair bands and will have no qualms with holding back your hair for the whole night because you’ve taken it too far. But equally, she’s the life and soul of the party. She knows how to have a good time, keeps spirits high and nips any brooding argument in the bud.

The one who comes out and leaves really early – Shannon 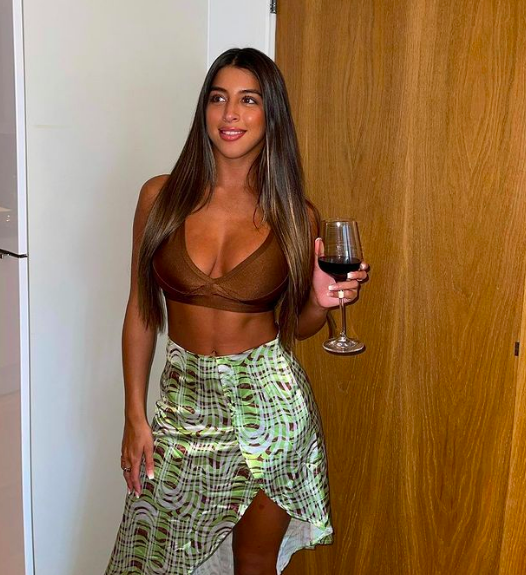 We all have that one mate who says they’re ready for a big night out but they end up going home after one mere VK. They don’t even have a decent reason as to why they don’t go out, they play with our emotions every damn time. She’s only come on the night out to get some content for Instagram. She’ll take loads of photos at pre drinks, moan about her shoes hurting and then dip before 1am.

The one who will bust out a drinking game – Jake 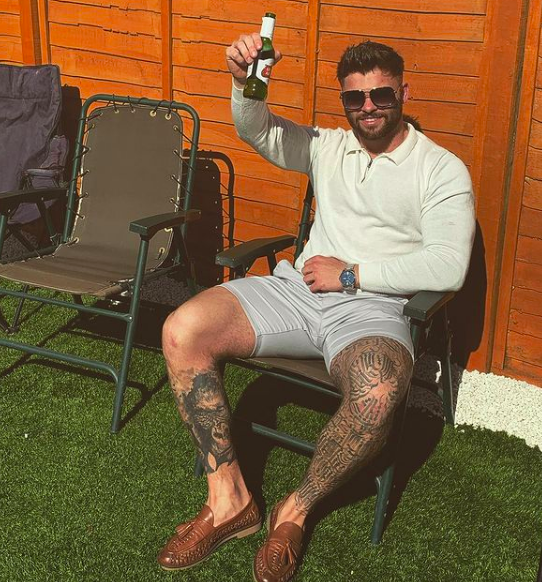 Yeah sure, Jake’s rules will most likely involve toe sucking and licking body parts but you’ll be able to count on him for a good drinking game.

He’ll always suggest the classic Never Have I Ever and when it’s his turn to say one, he’ll shout above everyone else saying “Never have I ever sucked a toe” with a big grin on his face. Silence will fall across the room. Jake will swig his beer and the game will continue.

The one who orders multiple drinks at once – Lucinda 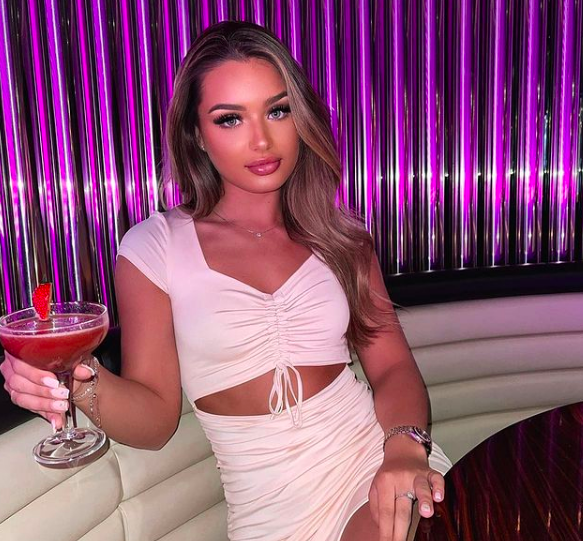 Lucinda is the type of girl who will force her way through a packed group of people at a bar and order four VKs at once. The bartender will assume she’s ordering for mates but little do they know Lucinda is tough as hell and she’s about to tornado at least two of them before she even steps foot on the dance floor. She’s an animal. 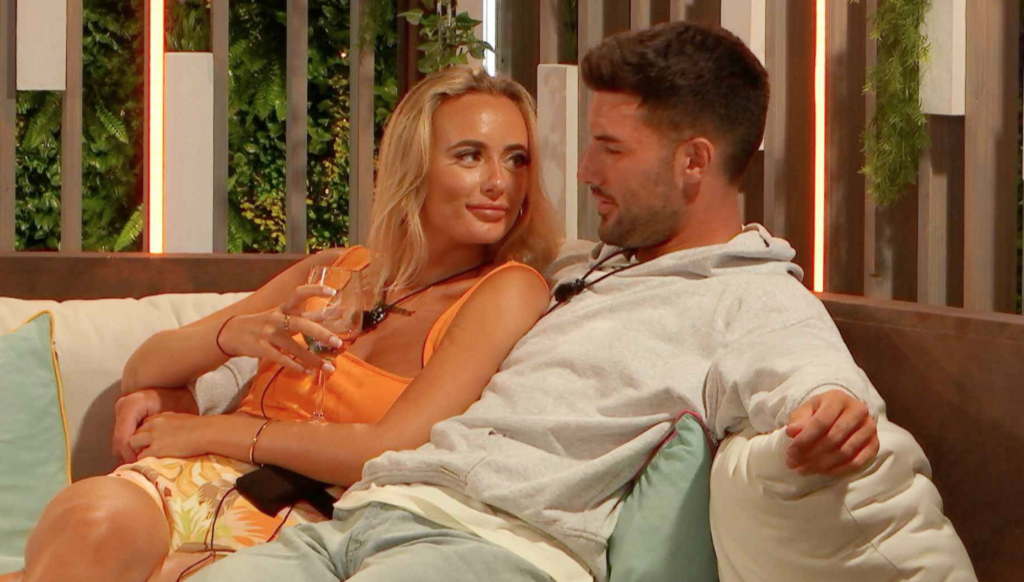 Millie and Liam are that one toxic couple you just wish GOT THEIR OWN ROOM on a night out. Their level of PDA is insufferable. Straight from pre drinks to leaving the club, they’re the couple who are always touching each other. They’ll probably even share a portion of cheesy chips at the end of the night. THEY MAKE ME SICK. 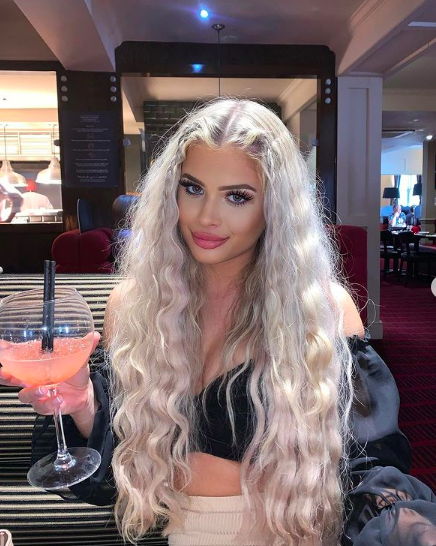 Liberty will essentially run a taxi firm from outside the club doors. She’ll whip out a high vis vest and some glow sticks and start telling taxi drivers where to pull in. She’ll be on traffic control duty, making sure all her mates are in taxis and getting home safely.

Also Liberty will lend out lipstick in the toilets and will not hold back on telling all the girls how pretty they look. She’s your hype man, MUA and will hold your hair back whilst you throw up those two sambuca shots. Liberty is a hero. 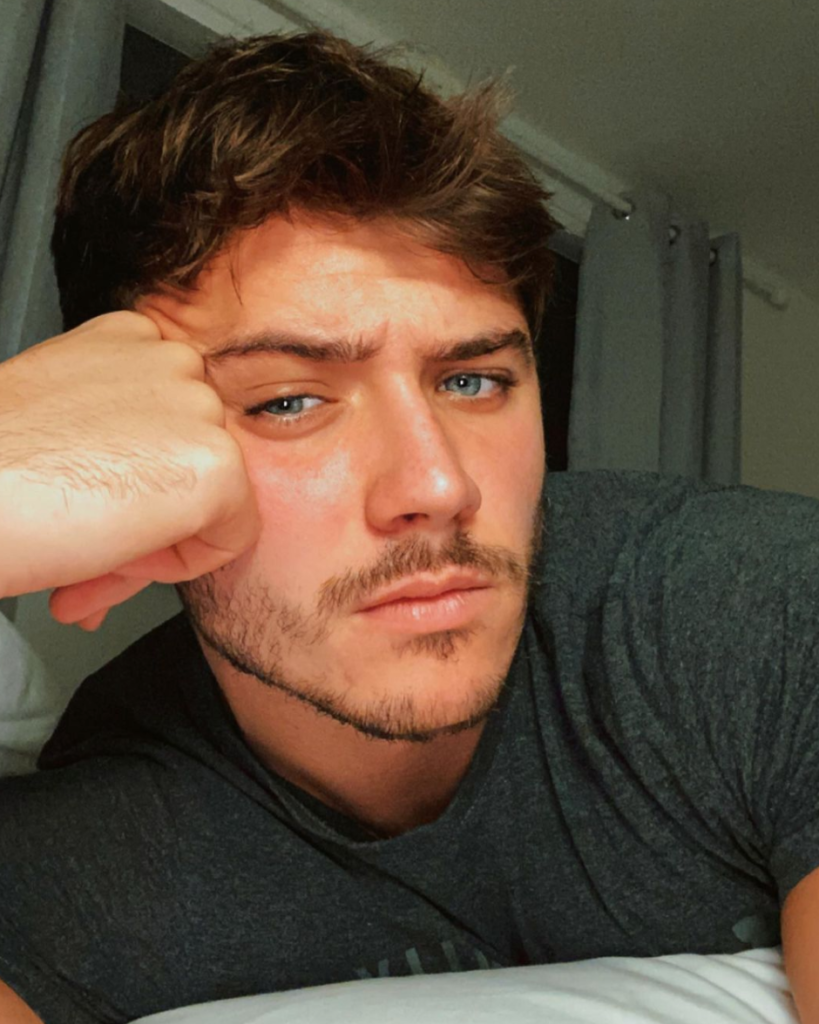 Club promoters are some of the worst people on the planet but they’re all really, really fit at the same time. They’re persistent and unfortunately, they’re something you’re going to have to deal with in order to have an easy life. You cannot avoid them, they’re like a bad rash.

Brad will offer you a free booth and shots if you go to a certain club and you just know for a fact he’s all mouth. You won’t even see a booth. You probably won’t even get to the bar to order your own shot.

• QUIZ: Stop being childish and guess the iconic Love Island quote just from a screenshot

• Love Island 2021 ages: This is how old all of the cast members are this year