Sex/Life is Netflix’s newest original series featuring a love triangle more chaotic than Twilight and more sex scenes than Bridgerton. Though at its core it’s about a woman’s journey of trying to have it all, the majority of the show contains a lot of messed up moments. And we’ve rounded up the weirdest ones.

The eight part series is about a married woman named Billie who seemingly has the perfect life with her husband and two kids in the suburbs. However it all goes to hell when she starts writing about her ex boyfriend and the wild sex they used to have. It goes from bad to worse when Billie’s husband Cooper starts to read her fantasises and becomes obsessed with the ex Brad.

There is not a moment that goes by in the show that you don’t end up shouting “WTF” out loud several times. However there are some specific moments that are the definition of bat shit crazy.

These are the 15 weirdest moments in Netflix’s Sex/Life: 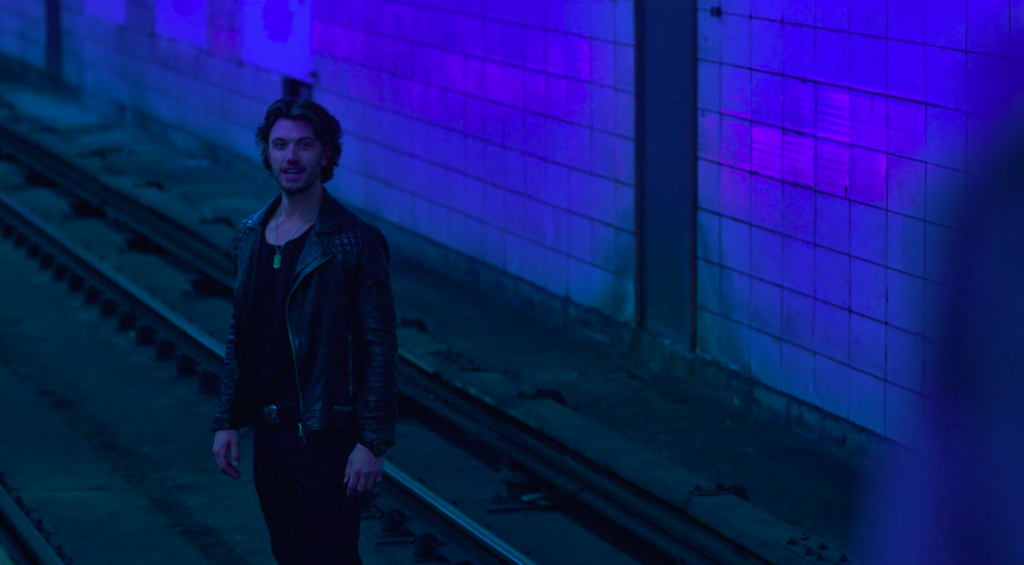 Most men take a girl out for dinner, coffee or maybe mini golf if they’re feeling particularly crazy for a first date. But not Brad. No he takes a girl down to the train tracks. I get it’s all thrilling and exciting but it’s also a real risk of death, that they were lucky to avoid, which is not exactly sexy in my book.

When Cooper gets off to Billie’s diary

This was the beginning of the end of their relationship. Nothing good comes out of reading your wife’s sex diaries about her ex and then getting off to it.

I could have gone my whole life without watching this scene. I understand that motherhood and sex isn’t always going to go swimmingly well, and I praise the show for being honest about breastfeeding. But why oh why did it have to spurt out so much??

When Cooper stalks Brad, pays for a month’s gym membership and then watches him in the shower 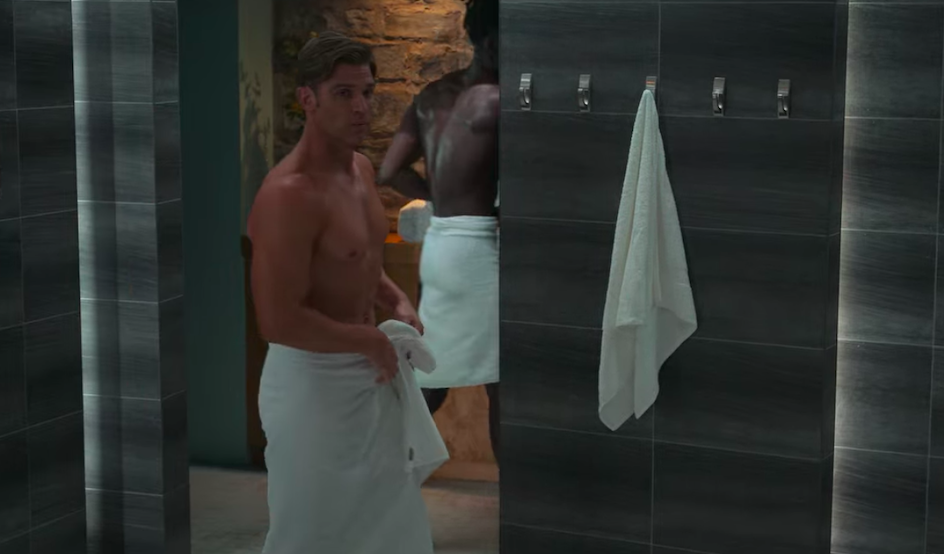 Brad seriously needs to put a restraining order on this man. Cooper paid a ridiculous amount of money just to stalk Billie’s ex and watch him in the shower. It was never going to go well and if you’ve seen the shower scene then you will know how bad Cooper felt in that exact moment.

When Billie watches her ex and best friend have sex on FaceTime, and then gets off to it

Who does this? I have never sat and been so in shock at a scene in my whole life. Billie and Brad are both as messed up as each other and need to be together purely because they’re too chaotic not to be. It was mad enough that Brad set up the whole tricking Sasha into sleeping with him and filming it without her knowledge but it was even worse when Billie doesn’t shout out through the phone or just you know hang up the call?

It’s weird and disturbing. I’m not saying mothers can’t have sexual feelings, they bloody should, but not 24/7 when they’re meant to be looking after their kids but instead are writing their sex journal.

Honestly if mother of the year award doesn’t go to her then I’m suing.

When Billie doesn’t use a password for her laptop 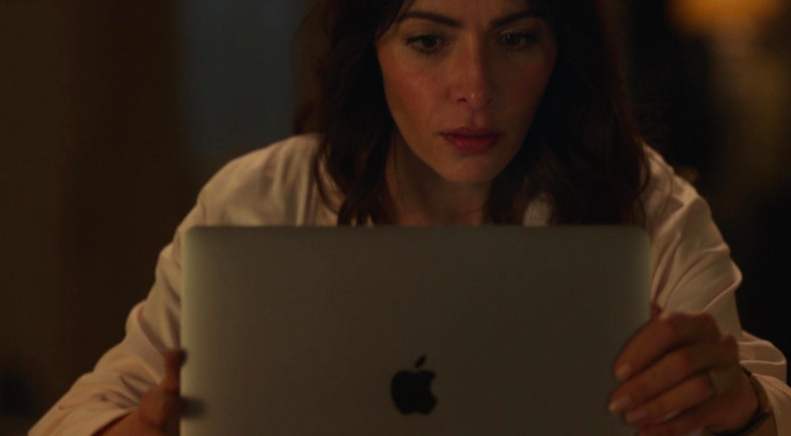 If we’re honest, this is her first mistake. It’s not that hard to set up a password and it would have saved her a world of pain.

When Billie and Sasha swap men for the night

Look I’m all up for sharing with your besties, but shagging the guy your mate is getting with is just a sure fire way to fuck up your friendship. And even though Sasha and Billie are great mates, it’s just weird they have no problem literally sleeping with the same guy.

When Billie suggests the four of them go out for dinner

Is this woman insane?? We all knew this was not going to go well but honestly didn’t think it would go as bad as it did. Never have I felt more uncomfortable at a dinner that I wasn’t even at.

When they go with their friends to the sex house party

Sure spicing up your marriage is always worth a shot, but the sex party in the boujie house was potentially a step too far. How do you go from a BBQ to watching strangers shagging in a mansion? They literally were angry at each other in the morning and now their relationship is repaired enough to just go at it in public. Trina definitely seemed to have an edge but did no one else clock that she was married to the guy at Cooper’s firm?

If the concept wasn’t bizarre enough it’s topped off when the middle aged rich housewife, naturally called Karen, welcomes them with jello shots in her pearls. It doesn’t get more repressed suburbia than that.

When Trina uses the party to get with Cooper

I knew this woman was into Cooper but bloody hell she really just went there whilst Billie was having a fight with Cooper and start sucking him off. I can’t with this show. 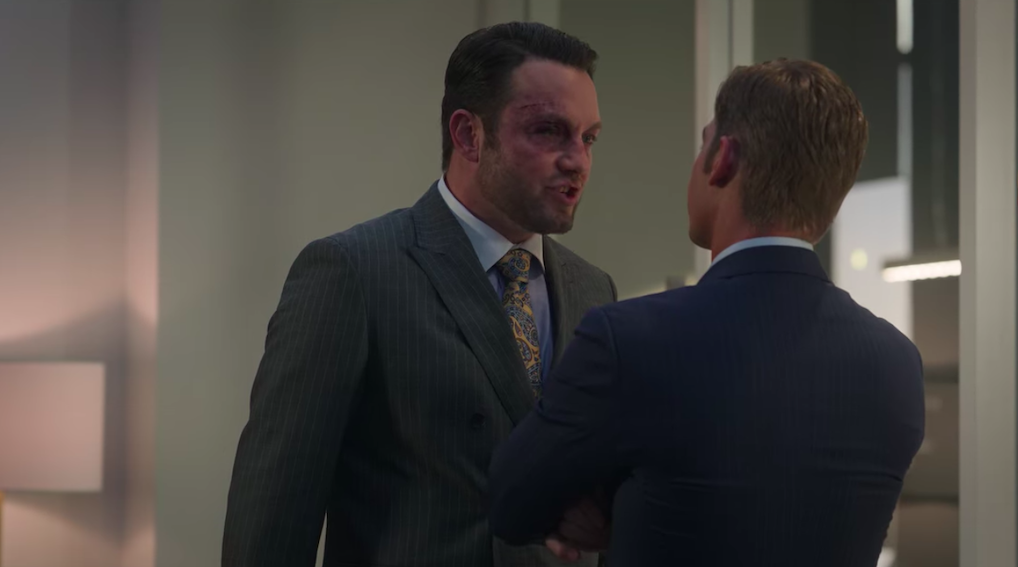 God Trina and Devon are one seriously twisted couple, coming in in the last few episodes just screwing things up. They took them to the sex party, Trina made a move on Cooper, Devon and Cooper fought, and then Devon used the entire event to get ahead in work. Maybe they were the true villains after all.

When Billie wears the same night gown the entire series

Seriously, you have time to put it in the washing machine.

This show really leaned into the reputation of small town repressed mothers and nothing summed it up more when the mums tried to turn their children against Billie’s four year old son, Hudson, because they think Billie is the devil. One of them made her child return a piece of cheese to Hudson. A piece of cheese? Get a life hun.

Everything was finally over, Billie started work, they were loved up and the future looked bright. That is until Billie turns up at Brad’s door asking him to fuck her. And here we go again, the calm was fun whilst it lasted.

Sex/ Life is available on Netflix now. For all the latest Netflix news, drops, quizzes and memes like The Holy Church of Netflix on Facebook.

•Quiz: Would you end up with Brad or Cooper from Netflix’s Sex/Life?