The sun is out, the beers are flowing and thanks to lockdown restrictions ending casual sex is back on the menu, just in time for hot girl summer.

Whilst most things feel like they’ve gone back to normal, the boys you’re going to sleep with this summer have changed. It’s no longer just indie boys, rugby guys or the cute guy from Hinge.

The pandemic means we’ve now got anti-vaxxers to contend with, TikTok try hards to turn down and an even more insufferable Tory who really thought Boris did “the best he could” with COVID.

These are 17 types of guys who are very likely to end up in your bed this summer:

You’re kinda gonna hate yourself for this one. But there is just something about the guy in the beer garden who claims how much he hates government interference and doesn’t see the “evidence” in getting a vaccine.

You’ll go back to his flat with exposed brick work, which his parents have paid for, but he’s tried to downscale it by having his mattress on the floor. He’ll brag about being skilled in oral, when in reality he can’t actually find the clit. Afterwards you’ll try and plan an escape as he goes on about 5G conspiracy theories.

It’s been a difficult year for everyone, so it makes complete sense you’ve gone back to someone comfortable and familiar.

But c’mon girl remember he’s an ex for a reason. All that good dick isn’t going to make up for the fact he is actually pretty boring, can’t commit and once slagged off your mate.

Whilst everyone else was obsessed with Tiger King in lockdown, this guy made it his mission to become TikTok famous. And believe me you’ll know this is him as he will not shut up about that one time his video went viral. He’ll message you the next day, not asking for another date just for a follow and maybe a few likes. 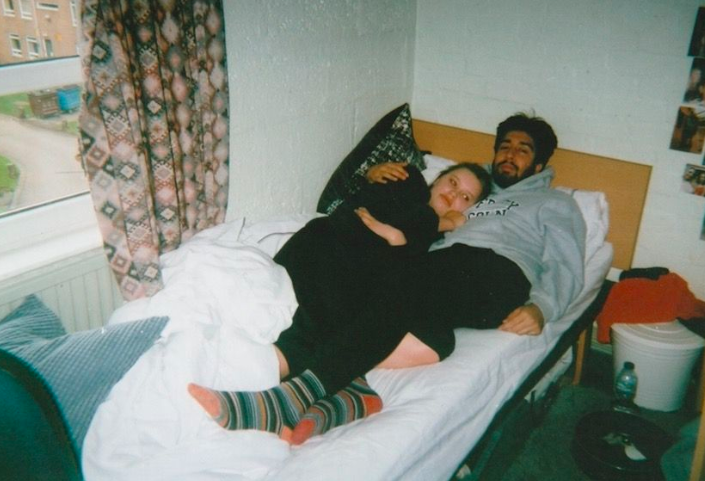 Look, you were forced into being with no one but each other for the whole of lockdown, and things might have happened after one too many glasses of wine on the sofa. But that was when we were imprisoned in our homes hun – so why do you keep shagging him now? Sort yourself out.

He’s a mediocre shag at best, you’ve literally had to clean his sick out of the bath before, and you’ve overheard him crying on the phone to his mum.

You feel sorry for him but he pays for the wine and the shag isn’t actually as bad as you thought it would be.

He was very content having a girlfriend to keep him company during the depths of lockdown, but then he saw the opportunity for a 2021 gold rush and promptly broke up with his girlfriend.

He will last approximately two minutes and probably cry about how much he misses his ex.

The guy who hasn’t left his house since lockdown started

What’s worse – his pale un-sunned complexion or his painfully awkward reluctance to make any conversation whatsoever? He hasn’t had any practice chatting anyone up (has anyone?) because he’s ventured outside perhaps a couple of times in the last year. That’s a lot of crusty tissues ha ha 🙁

The local from your staycation 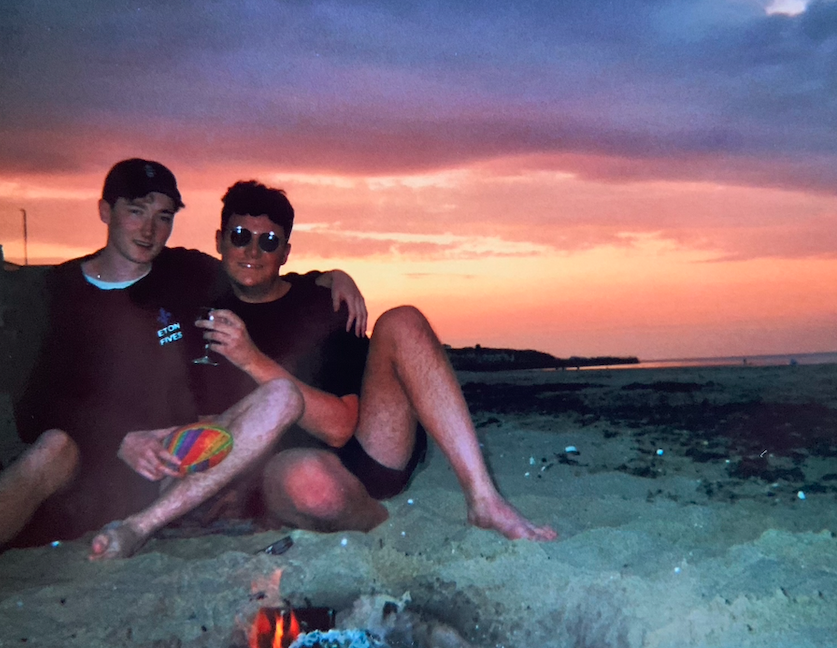 I don’t know what it is but there’s just something about a Cornish farmer that gets a girl going. You met him in the pub after far too many ciders and went back to his family home with him whilst your mates went back to the AirBnB. He will add you on Facebook (Facebook??) afterwards and constantly message you asking when you’re next coming down.

The one who became a musician in lockdown

Of course he’s learnt to play Wonderwall on a guitar and will insist on performing it to you after some very average sex.

The keyworker who doesn’t shut up about being a keyworker

He acts like he was being actual Dr Alex and single handedly curing corona, but when you’re talking in bed after you realise he was actually just stacking shelves in Tesco for the whole of lockdown.

Everything that Mr Tesco wants to be, this guy was the actual hero of lockdown. It will be the best shag of your entire life, you’ll fall in love, and he’ll ghost you the next morning.

But I mean what can he do, he’s too busy saving lives.

Are there any boys out there who haven’t invested in crypto over lockdown? He’s likely checking his portfolio in between strokes, and while his performance will be similarly as volatile as the very markets that he’s dumped most of his student loan into, you can rest assured that you’ll both have to HODL (it’s a crypto joke, you wouldn’t get it).

The one who ruins your hot girl summer 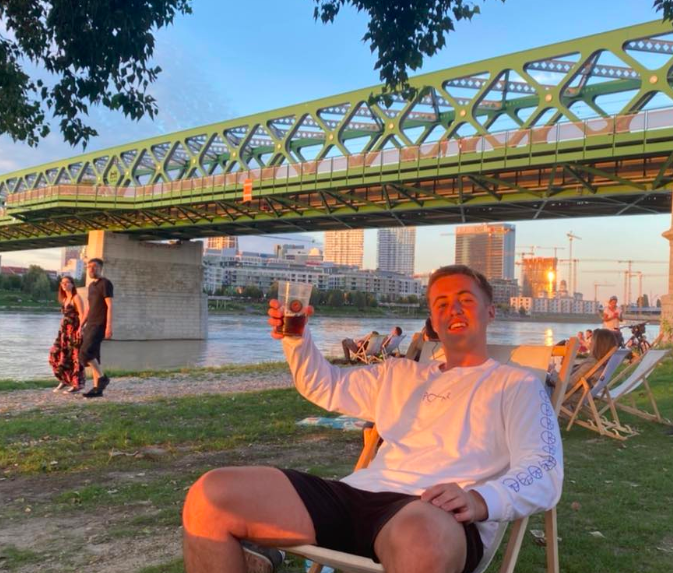 You had every intention of shagging your way around the UK and having the best hot girl summer of your life, but after approximately two dates and not even a whole shag, you’ve already fallen in love.

Your mates get annoyed at you for putting an end to the group’s big hot girl summer plans, but you don’t care because you’re too busy having actually good sex with your boyfriend.

Look, I get we’re all excited for the new series, but was average Dave from Bristol in talks with the producers? He’ll try to convince you he was almost on Casa Amor but couldn’t get to Mallorca in time, and the shag will be even worse than the one you had with the uni club promoter in Freshers’ Week.

It’s like a medal or something. He’s convinced he’s built differently because he’s managed to avoid catching coronavirus and avoided WFH.

The one who thinks Boris did ‘the best he could’ 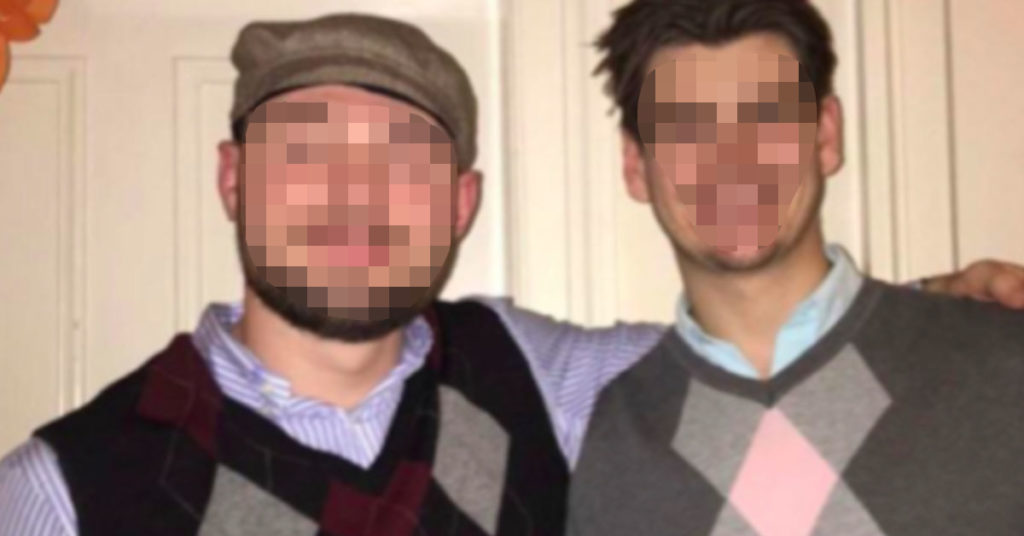 He’s from Surrey, wears red chinos and probably shed a tear when Prince Phillip died. He didn’t get the problem with Dominic Cummings travelling to Durham as he was also spending his time between his two country homes.

He will not go down on you and post sex chat will be exclusively about how well Boris handled the situation. The word “unprecedented” and question “what would you have done?” will be mentioned four times in his defence of Bojo.

The one who hasn’t had sex in two years

I mean isn’t this all of us?

•Ok but why do these 43 things always happen to girls the minute the sun comes out?

•Ok but why do these 39 awkward things always happen on a one night stand?

•‘It’s about your mindset’: We asked 11 girls how they’re going to have a hot girl summer