When Kyle’s teachers found out he was self-harming, they immediately put two and two together and took it upon themselves to tell his born-again evangelical Christian parents that their son was gay.

After so long in the closet, Kyle was finally out to his parents. But, he could have never foreseen their extreme reaction.

Kyle’s Mum was hugely shocked and brought elders from the church round to try and “pray the gay away.” And then came the final straw. Kyle’s family suggested he see a doctor about getting conversion therapy.

Kyle’s mental health had deteriorated to the point where he was thinking of taking his own life every day. He decided that enough was enough. “With the conversion therapy I said if you send me there, I will never come home again,” Kyle said.

‘Homosexuality was always forbidden to talk about’ 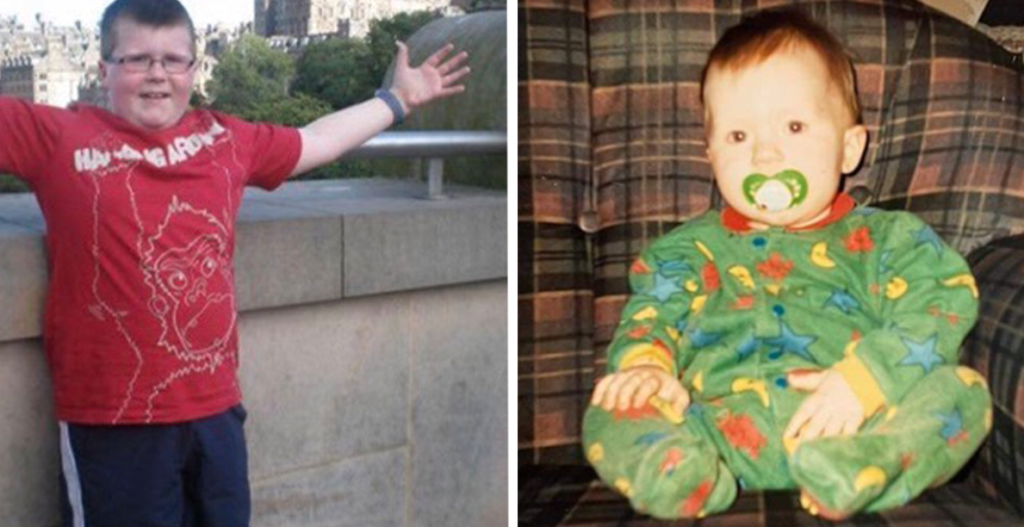 Growing up gay in a deeply religious household can be a traumatic experience, one that seems to traverse the boundaries of individual religions.

Haliem is a third year Keele student who is gay and was raised Muslim. The conflict between religion and sexuality was a constant throughout his upbringing.

“On my dad’s side [homosexuality] was always forbidden to talk about, although at times it was inevitable such as if an LGBT+ person came on TV.” Haliem said whoever it was would be “quickly insulted, laughed at or turned off all together,” Haliem told The Tab.

Homosexuality was rarely discussed within Kyle’s household or the wider Northern Irish Free Presbyterian Church community of which he was a part. When the topic did come up, it was always in a negative context. “It was never positive. It was never something to embrace,” Kyle said.

Kyle can recall specific incidents when his father’s negative attitude towards homosexuality would boil over into outright fury. “I can remember a gay couple coming onto the telly and he’d be roaring or would turn the TV off and we’d have a conversation about how wrong or immoral it is,” Kyle said.

Haliem encountered a similar level of hostility towards homosexuality within the home, leaving him feel “awful and scared.”

“For my own safety, I suppressed a lot and to this day there’s still people in my family who won’t ever know about drag or my sexuality,” Haliem told The Tab.

This idea of suppressing feelings is something that clearly resonates with Kyle. At school, he once tried to convince himself he fancied a girl in his maths class. “I tried to ask another girl out and it just didn’t happen,” Kyle said. 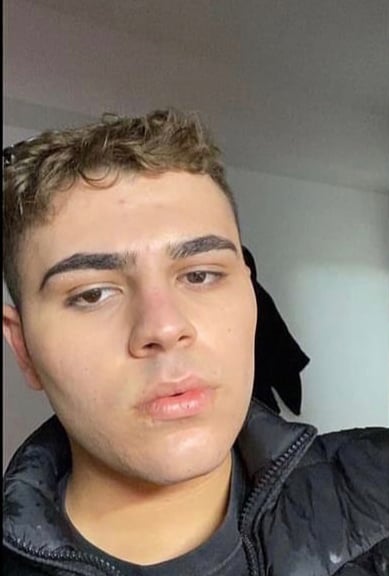 Haliem was around 13 years old when he realised he might gay. “I always had girlfriends and silly relationships most of my school life, so I assumed it was a phase or potentially I was bisexual until I was about 16,” Haliem told The Tab.

Haliem is now out to some of his family, and is particularly close to those on his Christian-born mother’s side, who he says are more liberal. They’ve known about his sexuality for at least two years now, but there are certain members of his family who Haliem says will never know.

“My dad’s family are strict Muslims from Egypt and Sudan. I don’t visit them anymore because to this day you can get killed and will definitely be sent to prison for homosexuality,” Haliem told The Tab.

Reflecting on the impact of Islam on his fledgling homosexual feelings, Haliem said: “It’s a weird position to be in as a young person, because you’re born this way (gay) and you’re told because of a chosen religion, that it’s wrong.”

‘That’s when I realised, this is me’ 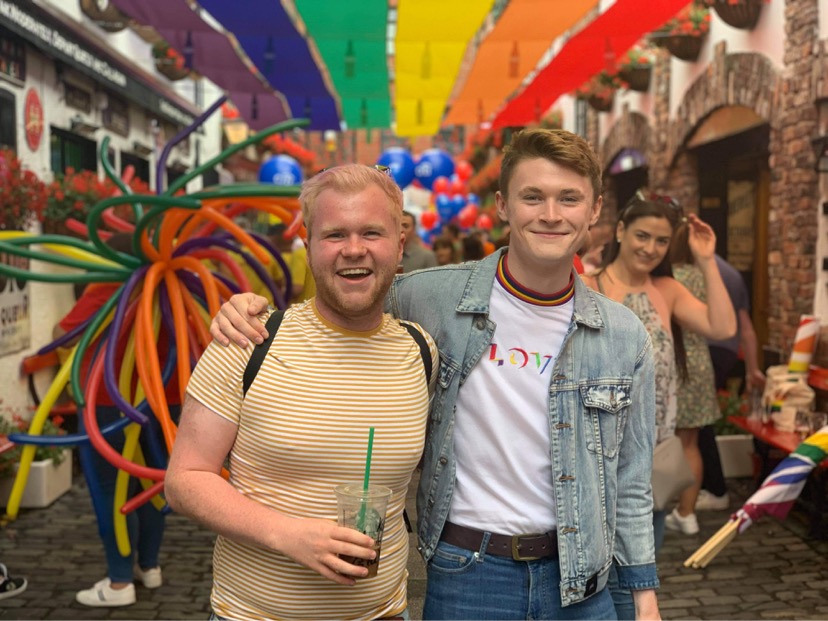 The feelings of disgust and shame that were drummed into Kyle still affect him to this day. “My religious upbringing completely victimised me for feeling the way that I felt.

“You were subhuman if you were anything that my church said that you couldn’t be,” Kyle told The Tab.

A lot has since changed for Kyle. His siblings, English teachers and Lady Gaga got him through his childhood, before he left rural Ireland and headed for Newcastle.  “That’s when I realised, this is me,” Kyle said.

He completed his undergraduate degree in Politics and is now pursuing a Masters course at Queen’s University Belfast. Reflecting on the moment when his parents suggested conversion therapy all those years ago, Kyle said: “I’m really glad I was able to stand up for myself.”

Unfortunately, conversion therapy is still legal today, with a study finding that 68.7 per cent of participants in the practise suffered from suicidal thoughts as a result.

Haliem is also thriving. These days he’s a big name on the drag scene, performing as the amazing Cairo Ali. “When I discovered drag, I found a character which if people judged, I didn’t care because it’s just an act of performance, extravagant make up, and outfits!” Haliem told The Tab. 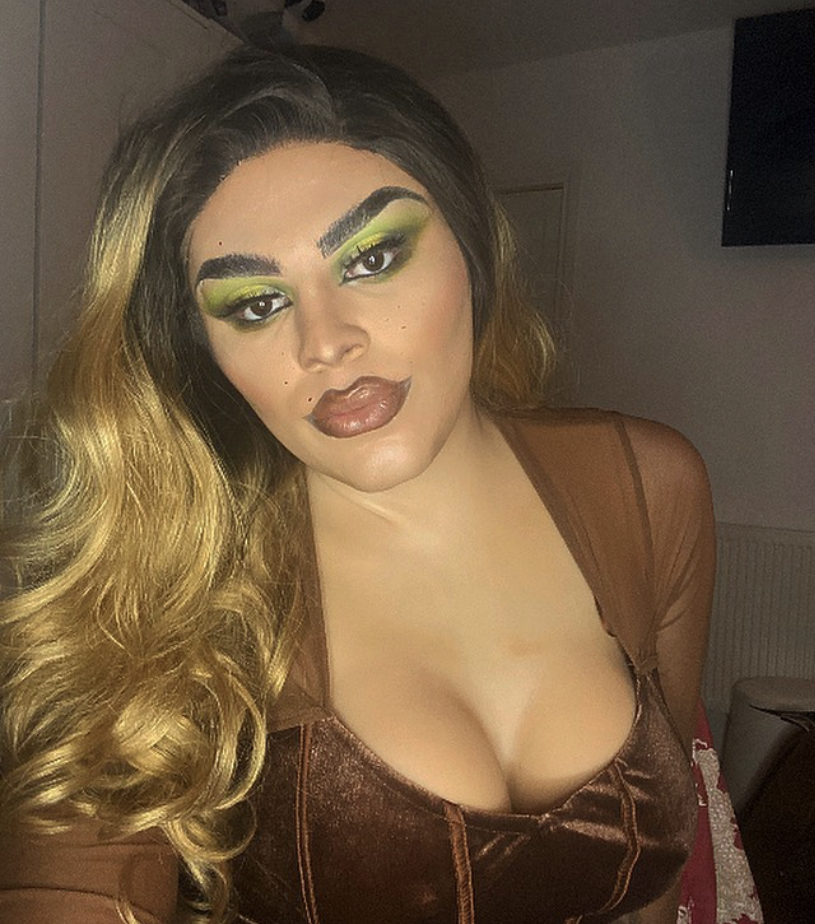 Some do find they can reconcile their sexuality and their faith

Growing up gay in a deeply religious household can be traumatic, but that’s not the case for everyone. Lancaster student Luke was raised Catholic and attended church throughout his childhood.

He recalls no real conversations about his sexuality until his cousin came out as gay. At this point, Luke’s parents sat him down for a chat and said they’d love him no matter what.

Luke only really registered his homosexual feelings towards the end of high school, coming out to his Mum in college and to the rest of his family last summer. According to Luke, they all reacted fairly well.

Luke is still Catholic to this day, telling The Tab: “I just believe God made me as I am and to live in any other way would be to basically be saying that God got it wrong.”

Kyle and Haliem on the other hand have found it impossible to continue to be a part of their respective religions. Kyle now describes himself as an “angry atheist” who’s critical but respectful of religion in all forms.

Haliem is also an atheist. “I respect religion and would never discriminate against anyone and if it makes you a better person or improves your life, who am I to say anything,” Haliem said.