Easter is only one day a year, but Easter themed chocolates are available from Boxing Day to mid April. In those few months our snack breaks, corner shop trips and after dinner treats are full of Malteser Bunnies, Creme Eggs and Mini Eggs.

But which of these Easter themed treats you pick says a lot about you as a person. As does your choice of actual Easter egg for the big day.

For example, those who pick a Lindt Bunny are giving off big proud Tory energy, whereas those who go for a Green and Black’s Easter have got secret Tory energy. They go to Bristol, pretend to be one of the people but at the end of uni they will ultimately end up working in the City whilst living in their parents’ second home. 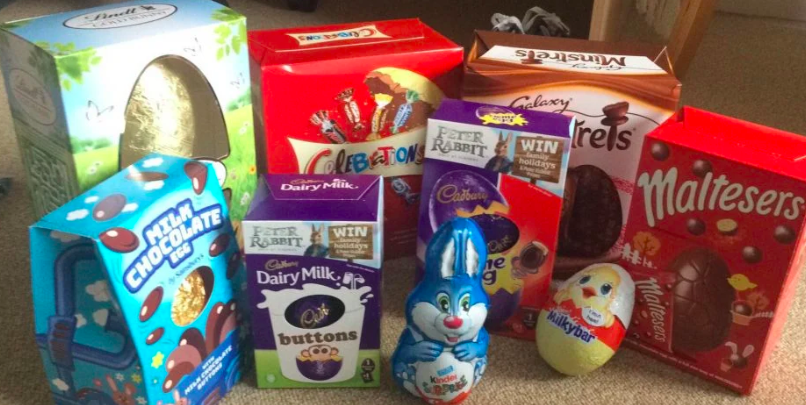 Whether you love an Oreo themed egg or are more of a Crunchie fan this is everything your favourite Easter chocolate says about your general vibe:

You’re a BNOC, but no one actually likes you. You somehow end up at every single pres and house party, but no one knows who invited you. They see you walk through the door and sigh, praying they won’t end up trapped in the kitchen with you all night having some weird debate. All club promoters are Creme Eggs, and that is an absolute fact. You’re just annoying, sorry.

Quite simply a legend. You appreciate the best things in life and are the mate everyone wants to be around. You’re up for a good time whether that is cans in the park, a mental night out or a quiet day chilling watching Netflix. There’s no drama just simply vibes where you’re concerned.

Loves a night in with the girls drinking gin and watching Netflix true crime. Molly-Mae is your idol and you use the phrase “this one” unironically. You’re also the type of person who is not content with just eating a Malteser Bunny but using it in every bake until April. Your baked oats, brownies and cupcakes are not the same without it. 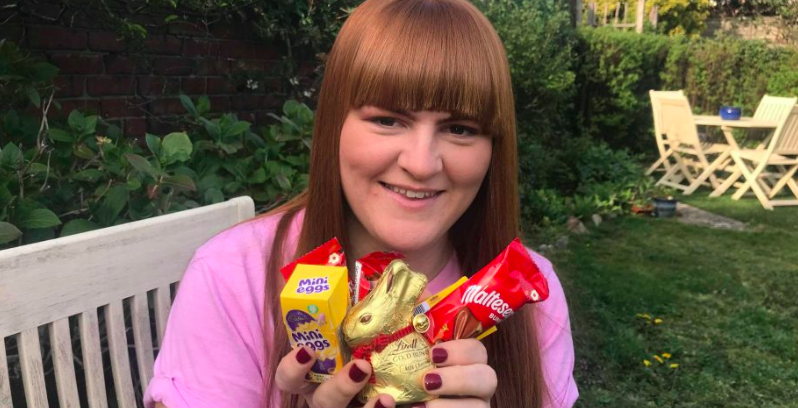 Probably a rich bitch who most definitely votes Tory. You secretly delight in taking the head off the bunny as it’s essentially like going hunting but no one is going to judge you for it. You wear head to toe tweed, call you parents “mummy and daddy” and feel no shame in shopping at Waitrose.

A classic engineering boy whose mum still buys his clothes for him from Next. He’s exclusively only mates with boys, but not by choice. He goes to the cheese club nights in hopes of pulling the Malteser Bunny girls but they’re only interested in the Creme Egg guys. So he slumps back to his crappy student house and smokes weed with his equally sad mates and pays for Tinder Plus in the hopes of getting a shag.

People who like white chocolate have quite simply not grown up yet. They’re the baby of the flat who always borrows your milk or forgets to do that essay because they basically don’t have a grip on life and shun all responsibilities. Hence the love of white chocolate, it’s the upgraded version of their favourite childhood snack, as they don’t really want to leave childhood. 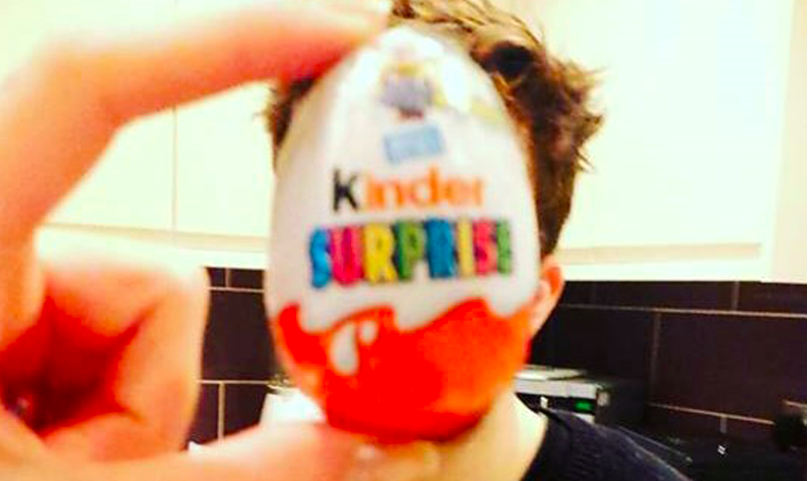 Are you actually five?

Sorry, haven’t you heard? It’s Easter, not Christmas. You have a very extensive jumper collection and pride yourself on watching Christmas films from September onwards – you barely even celebrate Halloween.

You’re the house mum and enforce the cleaning rota with an iron fist, but you’re also always first on hand when your housemates need some paracetamol or a cry.

You met your boyfriend in Freshers’ Week and cried when you found out coronavirus had cancelled last year’s Winter Wonderland and the two of you couldn’t go on your “perfect date night”.

You’re a pretty boujie person and like everything to be glamorous and fun. You like nothing more than dressing up to the nines and going to every single instagrammable rooftop bar.

You genuinely like dark chocolate? Must be a secret Tory who goes to Edi or Bristol. You try and fit in, but there’s no denying your privileged roots. You wear flares and chunky trainers. Study History of Art and when you’re not off your face on coke, you’re spending your time debating abstract concepts or talking about your gap year that no one gives a shit about.

Some kind of vegan egg

Look okay we get it, you watched Cowspiracy and now you’re reading this wearing a tote bag and your Birkenstocks (vegan leather, of course). But just grow up and have a Malteser Bunny, you know you want to.

As a vegan I can wholeheartedly say: No vegan Easter chocolate could ever come close to the humble Mini Egg, and you wish you could be the legend they are. You probably study philosophy, definitely go to Sussex, and your nose ring is your entire personality. 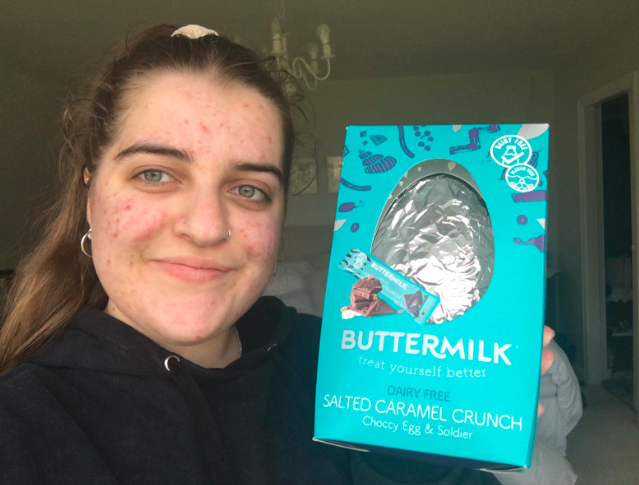 Classic and dependable, but like the egg, they won’t set your world on fire. They go to York or Lancaster and study geography. They do everything right and have a set path – get a first, go on one night out a term and get a grad job. They’re confident, polite and your mum loves them. They’re not offensive, just the human equivalent of a meh.

Just like the Crunchie you are a bit of mess and unpredictable. Sometimes you have your shit together, but most of the time you’re chaotic as hell. You go missing on nights out, your phone is constantly smashed and you’ve never made a 9am lecture in your life.

The people who enjoy Oreos are only slightly more mature than the white chocolate egg people. They’re obsessed with Oreos, TikTok and Urban Outfitters. They’re probably freshers and honestly any sweet treat they can find will be stuffed with some form of Oreos. They think the American biscuit gives them some sort of edge but they just turn out to be incredibly basic.

Featured image credit before edits via Annie Spratt on Unsplash

•We asked bartenders what your drink of choice says about you

Your parents definitely refused to pay for Sky

Riots have been ongoing this week

Young people need to ‘do their bit’ and get the vaccine, according to the government

Fair enough, guess I’ve been sat on the sofa all year for a laugh

Prince Philip has died aged 99: Here’s what we know

The Royal Family has said he died peacefully this morning

Enjoy the quiz, I hope it makes you very happy

As we’re talking about blood clots, where is the government’s energy to improve the pill?

Investigation: Why do just one in 14 students report sexual assault cases to their uni?

The real number of sexual assaults at UK universities could be as high as 15,000 a year

The video has 15.9 million views

Ranked: These are the dating shows where you’re most likely to find a relationship

Love Is Blind has an impressive 50 per cent success rate

This looks so much fun

The dad has denied he paid $1.7million to help get his three children into university

Ranked: These are the most forgettable X Factor judges of all time

Forgot all about Nick Grimshaw

Quiz: Only a real true crime expert can name all the people in these mugshots