‘Never have I said sex work was easy nor enjoyable, because it’s often neither of those’

Morgan has been doing OnlyFans for just over a year, and in that time she’s been shouted at in the street, had random phone calls to her personal phone number, and even death threats. Sex work has existed for thousands of years, but some people still don’t accept OnlyFans as being a ‘real’ job – even though, as Morgan says, it’s hard work.

From her successful OnlyFans page, the 19-year-old college student from the east of England was able to move out of her family home just over a week ago, paying six months’ rent up front. She’s close to her family, but is loving the independence of living on her own.

Morgan told The Tab she’s had people tell her she’s “glamourising sex work”, but says “never once have I said that sex work was easy nor enjoyable, because it’s neither of those a lot of the time” – she’s just “posting an achievement that I managed to do with my money.”

She says this girl “hadn’t seen my tweets before that where I’d literally been saying I’ve just been crying and that OnlyFans isn’t easy or quick money.” 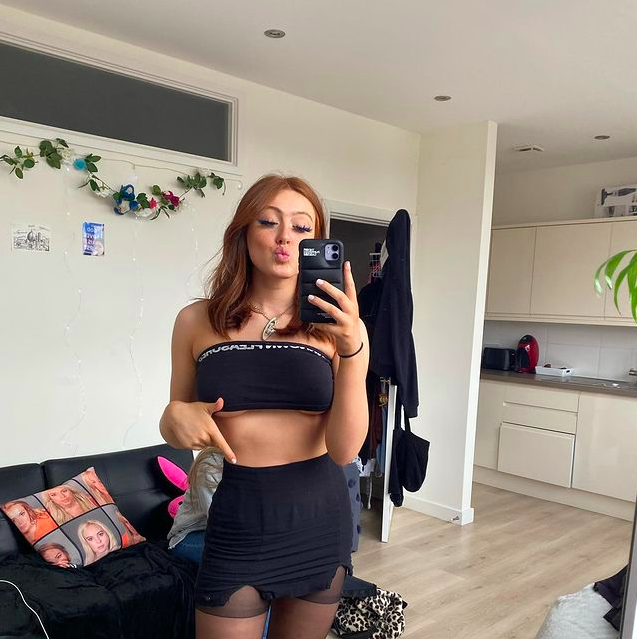 ‘I get shouted at, I’m scared to go to the shops’

During lockdown, Morgan had to take a break from work for a few months “because it affected me that bad”, so she says “then to see people ignorantly talking as though they know you and trying to paint you as this person that you’re not, like saying that I’m glamourising it? No I’m not, because I never even hinted that it’s easy or quick money, I was just stating an achievement that I was able to do because I had OnlyFans.”

Morgan describes a time last year, when she was waiting on a phone call and so picked up a call from an unknown number. This turned out to be a man, who kept asking “Why did you block me on OnlyFans?” She says: “You know when situations like that when you break out in a hot sweat, like what the fuck and just shaking. I didn’t stop getting calls from him for months.”

She’s also had times where she’s been “shouted at in the streets”. “I feel like people are assuming I think it’s easy, it’s not,” Morgan says. “I go through horrid stuff, just like every other person does who does sex work. I’ve been through weird situations, I’m scared to go to the shops sometimes.”

‘If sex work doesn’t sit right with you, blame the men’ 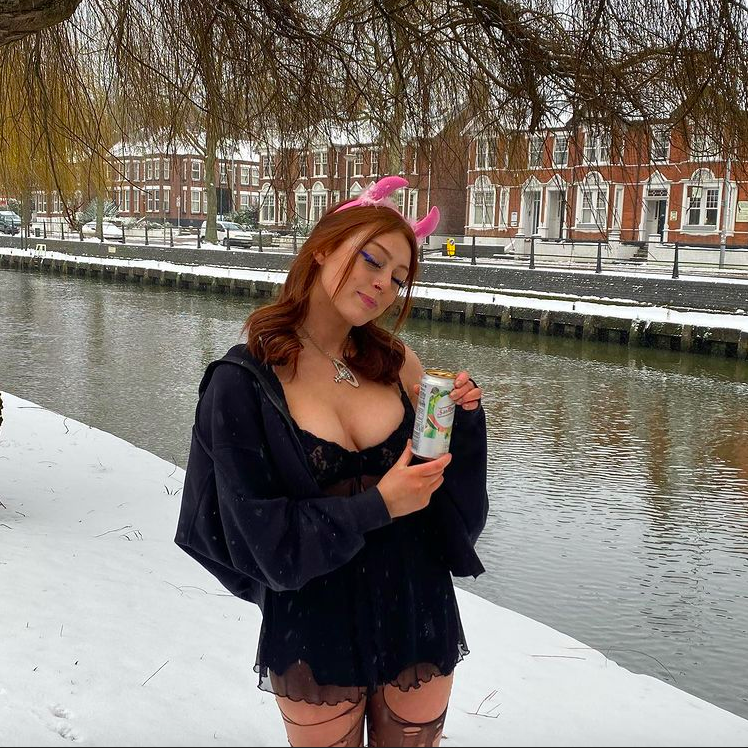 Morgan started posting on OnlyFans a little over a year ago, after she turned 18. She’s seen people talking on social media about how they don’t like 18-year-olds making OnlyFans, even though they’re legal adults. She says: “Okay but why are you trying to make me feel weird about it? I’m 20 next year, I think it’s really weird. Someone always wants to find something negative to say about it, if it doesn’t sit right with you blame the men, don’t come to me about it. I’m gonna do something if I’m gonna make money from it.”

She told The Tab she feels like these people pretend they’re being supportive, when actually they’re just “being rude”. Morgan has started to get these messages more, and says “it’s horrific”.

After she had a tweet blow up online last week, she says “pretty much all of [the reaction] is negative. People are calling me an online escort and it’s like okay but why is that a bad thing?”

She says “football Twitter” makes her “laugh”. They “are calling me a ginger slag, saying I’m ugly. When I start getting hate from football Twitter that’s when I know I’m gonna start making money. Them calling you slags stuff like that, it doesn’t matter to me.” 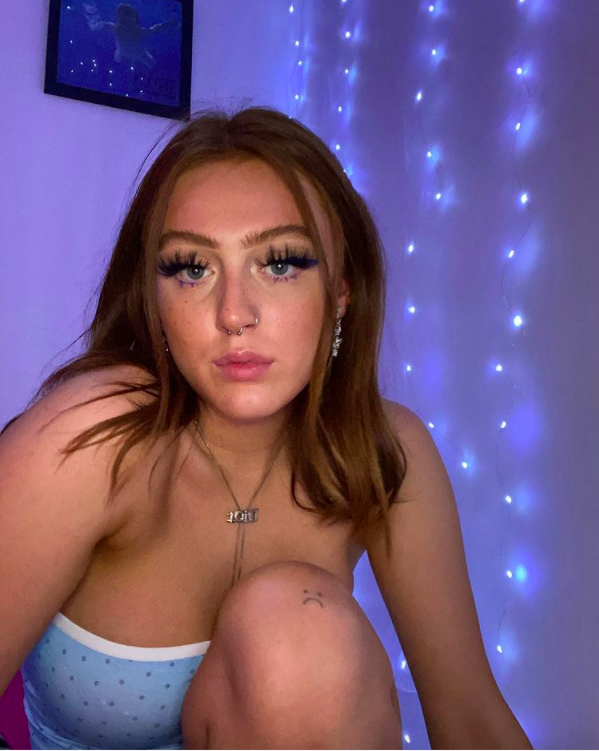 But some of Morgan’s hate comments go beyond name calling. She says: “I’m actually getting death threats on my Instagram.

“I thought I’d care but I don’t care, I don’t think. It’s taken a while for me to get here. Men just hate you so much, you know?”

Some people say sex work isn’t ‘real work’ or is just easy money, but Morgan says: “The people that are making those claims are rattling me more than the people that are just insulting me, because they don’t know anything about me or what I’ve been through.”

She says these people “need to realise that we live in a capitalist society and anything that makes you money is a job. I think that they’re embarrassing actually, they watched The Wolf Of Wall Street once and think that that’s classed as a job, but me sending pictures of myself isn’t a job apparently? Oh so are models, are they unemployed as well? Their logic is so flawed.”

Morgan says: “You’re told you’ve got to work until you die, and you’re made to feel that unless you’re busting your arse working these 9-5s that you’re not doing well, you’re not working. They say it’s not a real job, that really hurts because I care deeply about jobs.

“It is a job. It makes me money, I pay my taxes, who cares? If you’re making money in a capitalist society, that’s all that matters.”

Hasbulla Magomedov: Who is the 18-year-old ‘Mini Khabib’ I keep seeing on TikTok?

This is everything you need to know about Irina Shayk, Kanye’s rumoured new girlfriend