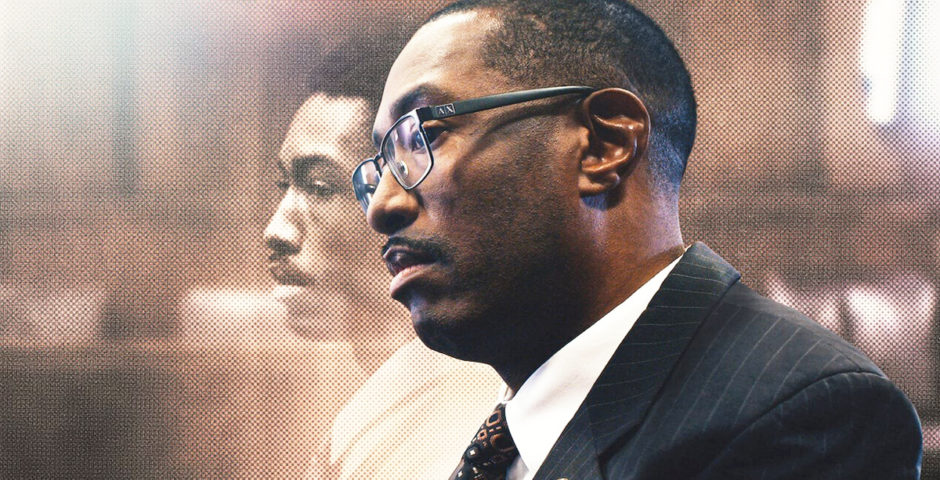 Netflix has just released a new true crime documentary series, Trial 4, and the early reviews of it are calling it a “must watch”.

The eight-part series tells the story of a man who says he was wrongfully convicted of murdering a police officer. He now faces his fourth criminal trial which could result in him being sentenced to life in prison, again.

Here’s everything you need to know ahead of watching Trial 4 on Netflix, and what the early reviews of the series are saying.

Trial 4 is all about the story of Sean K. Ellis, who says he was wrongfully convicted of murder

The eight-part series is about Sean K. Ellis, who spent 22 years in prison after being convicted of the 1993 murder of Boston police detective, John Mulligan. Ellis was put on trial three times within the space of a year, and now faces his fourth trial – which could see him back in prison for life.

In 1995 when Ellis was 19, he faced three trials for armed robbery and first-degree murder. His first two trials ended in a hung jury, but after the third Ellis was found guilty and sentenced to life. In 2015, he was freed from jail on bail, after a judge ordered a new trial saying evidence about how the case had been handled had been withheld from the defence. Ellis, who has always maintained his innocence, is now awaiting trial number four and the prospect of life behind bars again.

The series contains interviews from Sean K. Ellis himself, as well as a Boston Globe writer who says “the cops were just looking for someone to pin this murder on” and others who think Ellis is innocent, as well as some who think he is guilty.

The Netflix synopsis for the series reads: “Charged as a teen in the 1993 killing of a Boston cop, Sean K. Ellis fights to prove his innocence while exposing police corruption and systematic racism.”

Reviews of Trial 4 are already calling it ‘jaw-dropping’, ‘horrific’ and ‘unimaginable’

ReadySteadyCut has reviewed the series, saying it “exposes another horrific and alarming injustice”. It goes on to say the series is much like The Innocence Files, but on steroids. The review goes on to say Trial 4 is “insightful”, “jaw-dropping” and “unimaginable”.

The Cinemaholic describes the documentary as “crucial” in unveiling systematic racism in the current political climate, adding that it should “spark new thoughts, and provoke much-needed conversations.”

Trial 4 is definitely a must watch on Netflix 🗣

Watch the trailer for Trial 4 on Netflix here:

Trial 4 is available on Netflix now. For all the latest Netflix news, drops and memes like The Holy Church of Netflix on Facebook.

• Where is the Carmel Country Club from Netflix’s series about Maria Marta?