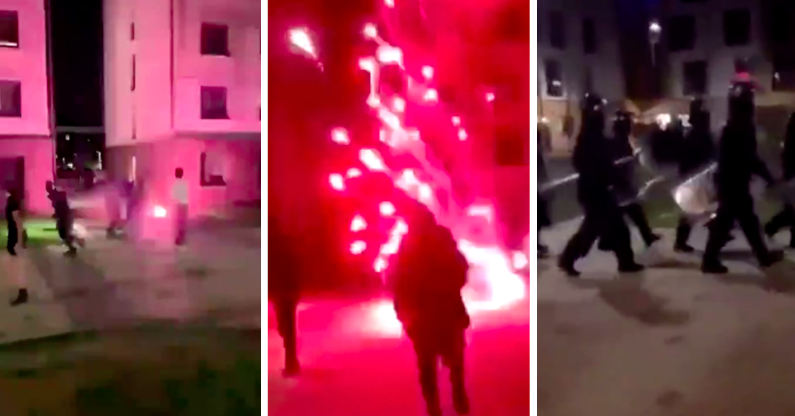 Five students have been suspended by their uni after a “horrifying” 1am firework-throwing incident.

Armed police swooped on the University of Hertfordshire campus early on Sunday morning, as video emerged of students running through halls and screaming as fireworks were let off near them.

The university has now said five students have been suspended and are under police investigation.

A 20-year-old man was arrested on the night and one person was injured, police confirmed.

Videos taken on the night show the chaotic scenes, with fireworks being let off close to halls blocks, and students screaming as they fled.

A large number of police, including armed police, were deployed “as a precaution”, Hertfordshire Police said.

Officers carrying riot shields walked through campus trying to calm the situation down.

A police helicopter and dogs were reportedly also seen attending the incident.

Students could be seen running from fireworks being let off in all directions, with some shooting horizontally past students.

One Hertfordshire student described it as: “One of the weirdest nights campus has ever seen”, with another simply calling it “horrifying.”

• ‘I stayed up until 4am packing’: These students fled uni to avoid the second lockdown