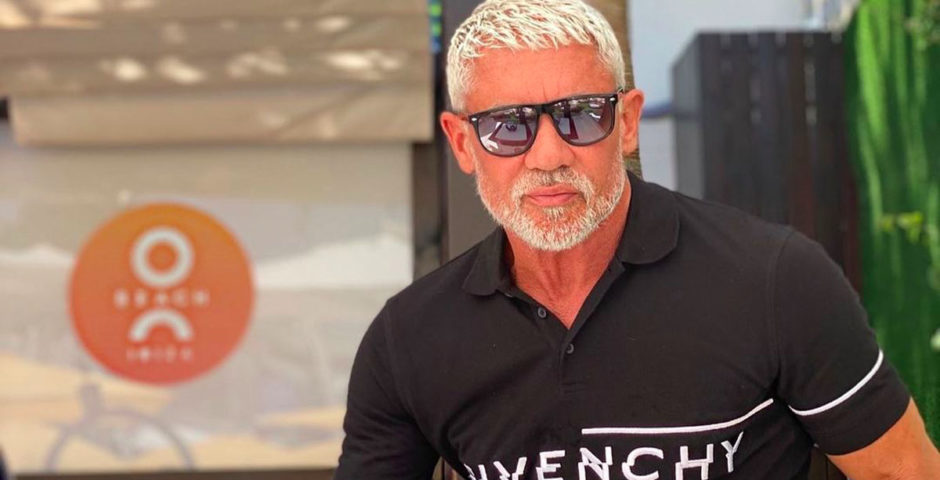 Wayne Lineker, aka the man who has a very specific set of requirements for a future partner, has apparently signed up for the latest series of Celebs Go Dating.

According to The Sun Wayne has signed up for the show in the hope of finding love outside his usual circle.

A source said: “Wayne thinks it’ll be good for him to meet women outside his usual Ibiza nightclub circles. He is used to being centre of attention so this show will be perfect for him.” 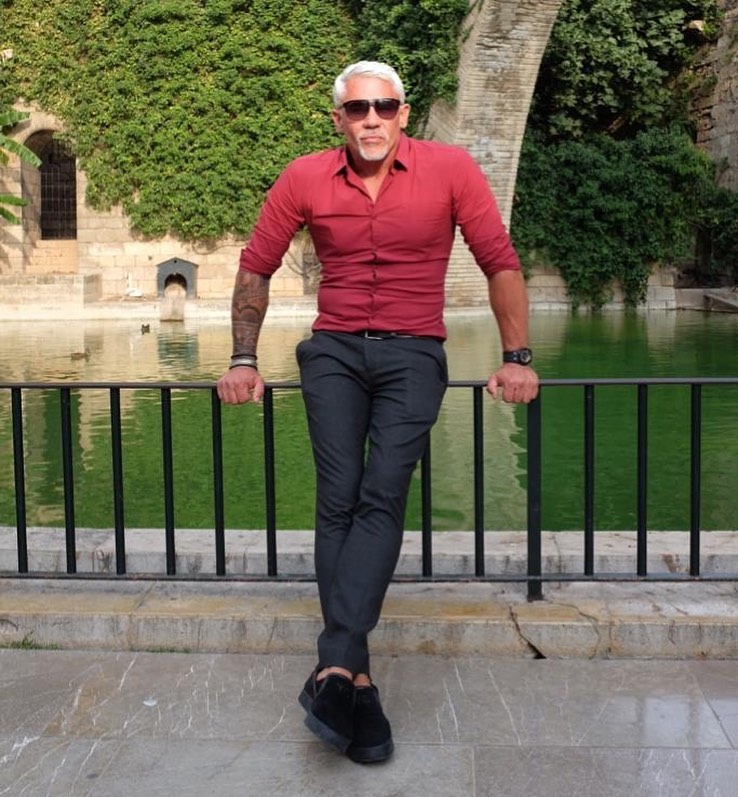 His appearance on the E4 show comes after he told the world his bizarre set of requirements for a potential partner. They included liking older men, but only him, being a “worldie” and liking RnB music. 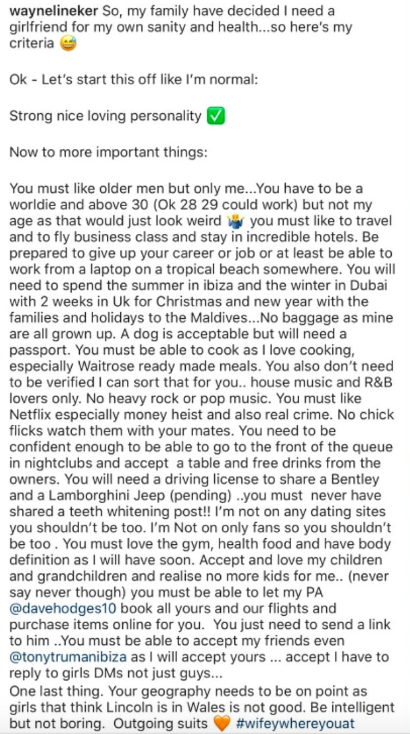 Wayne also wanted a woman who would essentially give up her career unless she can work from a laptop on the beach, not have any baggage and be able to cook Waitrose ready meals. Ngl Wayne but I don’t think there’s much skill required for putting a spag bol in the microwave.

Some of the ‘perks’ for the girls who get to date Wayne on Celebs Go Dating would be that they’d get to drive a Bentley, have his PA book all flights and get verified on Instagram. On second thought, maybe I will apply for Celebs Go Dating.

•Quiz: Would Wayne Lineker date you, based on his weird dating preferences?

•Harry Styles had tea with a fan’s dad and fed her fish, all whilst she wasn’t home

•The 30 under 30 rich list: Which UK celebs are making the most millions?