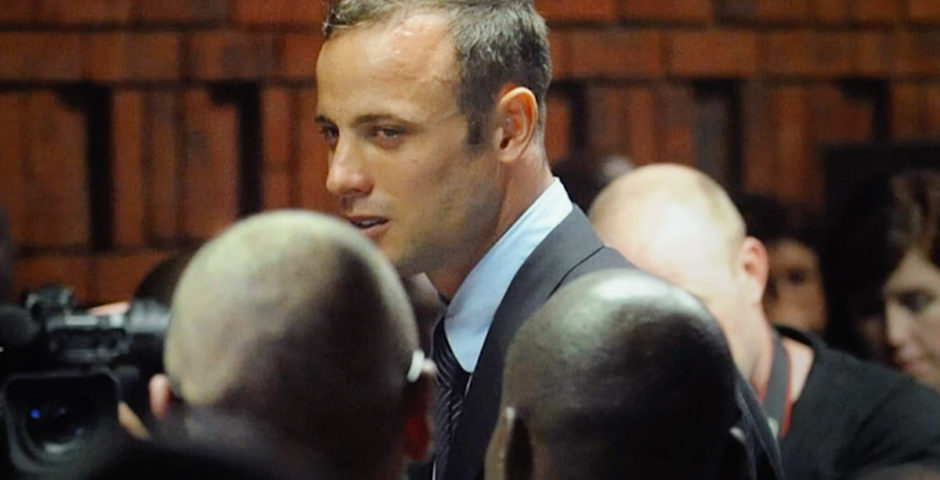 BBC is creating a new documentary series called The Trials Of Oscar Pistorius, all about the case of the former Olympian.

The South African Paralympic and Olympic sprinter had competed in the Olympic Games in London in 2012, but come 2013 he was on trial for the murder of his wife, Reeva Steenkamp.

He shot four bullets through the bathroom of their home, claiming he believed it was an intruder, which led to his wife’s death. He said it was a tragic accident, and was then convicted of culpable homicide (the equivalent of manslaughter). But soon after, Pistorius had his conviction changed to murder as it was argued he knew what he was doing would cause the death of whoever was behind the door.

Announcing the series, BBC said: “The Trials Of Oscar Pistorius tells the story of the ‘Blade Runner’ – an international hero who inspired millions with his determination and dedication until Valentine’s Day 2013, when he suddenly found himself at the centre of a murder investigation.”

The series features interviews with more than a dozen of the figures closest to the story and the film recounts Pistorius’s fall from grace. As the saga unfolds, the story flashes back to the very beginning of the future Paralympic star’s life, chronicling his improbable ascent from a young boy who had both his undeveloped legs amputated as a toddler to overnight teenage phenomenon at the 2004 Athens Paralympic Games.

Director, Daniel Gordon says: “The story of Oscar Pistorius is remarkable in its complexity. It’s at once inspirational and harrowing, and provides a lens of insight into a breadth of issues – from gender-based violence to disability rights, racial inequality and media frenzy. My hope is that the film gives audiences additional context and layers to a story they think they know.”

Dan McGolpin, controller of BBC iPlayer, says: “This incredible documentary series provides new perspectives on the terrible events of Valentine’s Day 2013, giving us a deeper and closer look at one of the world’s most remarkable sporting figures, on the South Africa that he grew up in and the media circus that surrounded his trial for the murder of girlfriend Reeva Steenkamp.

“It’s essential viewing, and joins an enormously rich collection of sports documentaries now streaming on BBC iPlayer, including the recently added Lance, as well as Oscar-winning films like When We Were Kings and OJ: Made in America.”

Watch the trailer for The Trials of Oscar Pistorius here:

Documentary series The Trials Of Oscar Pistorius is coming to @BBCiPlayer on Saturday 7 November: https://t.co/uCb1SbX6kP pic.twitter.com/uFPk3r80Ey

The Trials Of Oscar Pistorius comes to BBC iPlayer on Saturday 7th November and will be broadcast on BBC Two at a later date.

• Everything American Murder: The Family Next Door on Netflix missed out about the case