New series Ratched may have only been released on Netflix today, but already the reviews are wildly mixed. Some people are absolutely loving the show, whilst others are saying it’s completely bizarre – even by the creator, Ryan Murphy’s, standards.

The series sees Sarah Paulson take on the role of Nurse Ratched – and controlling figure in charge of a mental asylum, where she soon takes her position of control into her own hands. 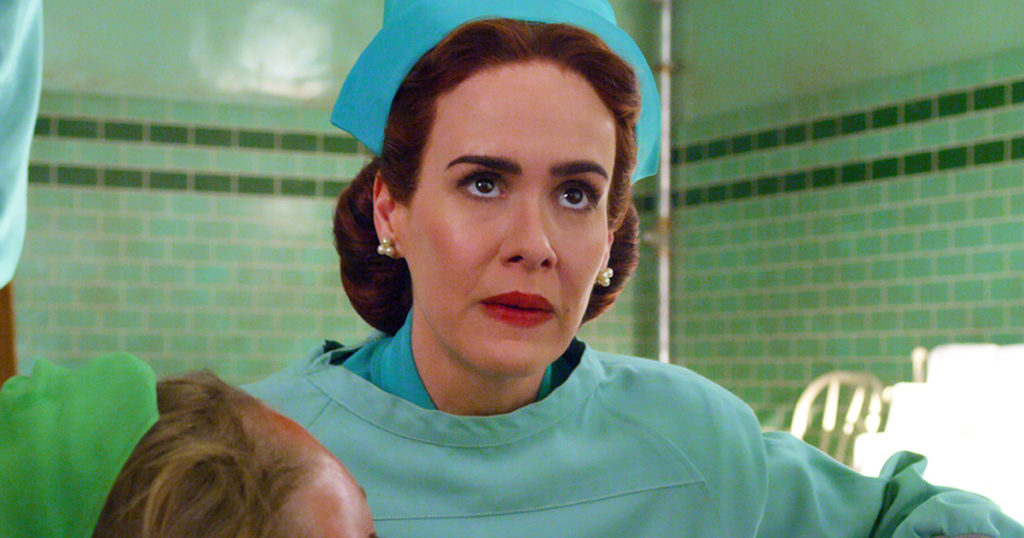 Ratched on Netflix is all about Nurse Mildred Ratched

Ratched is focused around the 1962 novel One Flew Over The Cuckoo’s Nest, by Ken Kesey. The series acts as a prequel to the film based on the book. The Netflix series focuses on the journey of Nurse Mildred Ratched – and how she went from a normal, well-intentioned nurse to a controlling, creepy and sadistic villain. The synopsis for the series reads: “A young nurse at a mental institution becomes jaded and bitter before turning into a full-fledged monster to her patients.”

The reviews of Ratched are already calling it ‘menacing’, ‘terrifying’ and ‘bizarre’

It’s safe to say the critics are truly divided by Ratched – some reviews are loving it, whereas others are quite frankly scathing. The Guardian calls the series “gothic, gory thrills” saying it is “brilliantly menacing” and that Sarah Paulson will no doubt win awards for her portrayal of the nurse. The Telegraph quite simply says “Ryan Murphy has lost the plot with this absurd show” and calls the drama “out of control” – which if you ask me, sounds pretty fun.

Stylists adds that the series is “truly terrifying” saying Paulson give us “another brilliant female villain”. Whereas Mashable says “Ratched is bizarre even by Ryan Murphy’s standards” and is like “the worst season of American Horror Story”. Yikes.

At least Twitter seems to be enjoying it. People are saying how much they are loving it, and that it’s already got them “obsessed” after just one episode.

I’ve only seen the first episode of #Ratched and I’m obsessed already! I bloody love @MsSarahPaulson

I finally finished the pilot of #Ratched and it was so good I’m obsessed! The cast is amazing and i already know the show will be one of my favourite. @netflix raised the bar once again pic.twitter.com/JaB3sZ7vJV

Has anyone started Ratched??? New Netflix show with Sarah Paulson? ITS SO FUCKING GOOD!!!!!

god i’m soo obsessed with ratched, sarah paulson is just in a league of her own at this point. wow.

Watch the trailer for Ratched on Netflix here:

Ratched is available on Netflix now. For all the latest Netflix news, drops and memes like The Holy Church of Netflix on Facebook.

• Is Nurse Ratched real? This is how much the Netflix series is based on a true story