Selling Sunset 2.0 it is not

After we’d all raced through season three of Selling Sunset, Netflix promised us a dream of another real estate show to keep us going with the drama and houses we’ll never be able to afford. Million Dollar Beach House was their offering and I for one, was thrilled when watching the trailer as it was a chance to continue watching brokers argue and stage beautiful homes. But after bingeing all six episodes I am going to join the many people on Twitter who think Million Dollar Beach House is a disaster and the worst programme on Netflix.

Attractive brokers, ridiculously expensive houses, sunshine and drama. It has all the components that make Selling Sunset so entertaining and yet Million Dollar Beach House crashed with a giant thud. 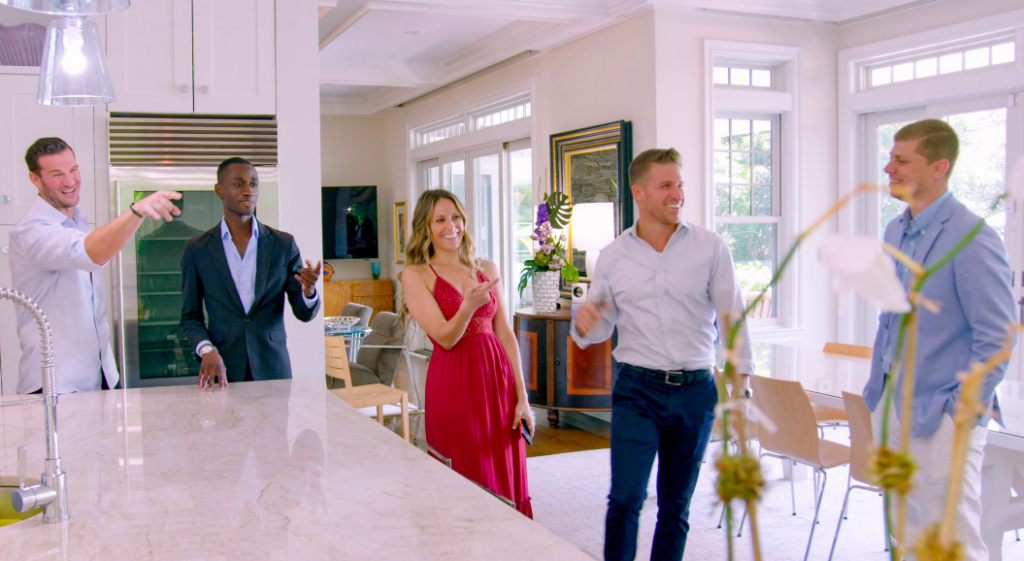 The brokers are distinctly lacking in personality, the drama is so forced and the casual racism turns it from a million dollar snooze fest, into something actually problematic that many viewers are calling to be removed from Netflix.

Still not convinced? Well here is every single reason why Million Dollar Beach House is a car crash of a programme and you should not waste three hours of your life on this show:

Clearly Netflix thought they could just repackage Selling Sunset by picking it up and moving to the east coast. It is set up exactly the same way focused on a million dollar brokerage with young attractive brokers who throw big open house parties and show wealthy clients around beautiful homes.

But in order to make that successful Netflix you still have to find people with personality and drama that is entertaining.

They try so hard to make drama out of nothing

Yes I know that is the premise of most reality shows, making a mountain out of a molehill, but Million Dollar Beach House takes it to the next level. The one overarching storyline is Noel and Peggy’s disagreement over a showing where Peggy claims Noel was rude to her client.

And that is it for the whole six episodes, everything non real estate is related to that one little argument and it is so boring. They try to stretch it out even more by bringing in a girl called Sarah who Peggy has an argument with, but it backfires as Sarah looks like a scared puppy who Peggy is just shouting at for attention. What was the fight over I hear you ask? Literally Sarah said she “didn’t want” Peggy to come to her open house.

The fight isn’t even juicy it’s very one sided, there are no dramatic shouts or walk aways. Very disappointing.

When you search on Twitter for the show, the majority of comments come up are ones from viewers who see the show as racist. Noel is the only black member of the cast and many people on Twitter commented on the number of micro aggressions towards him.

In the first episode Michael says: “Was Noel here today? Noel or whatever the fuck? You guys meet him yet? He’s very polished, right? Polished that one.” 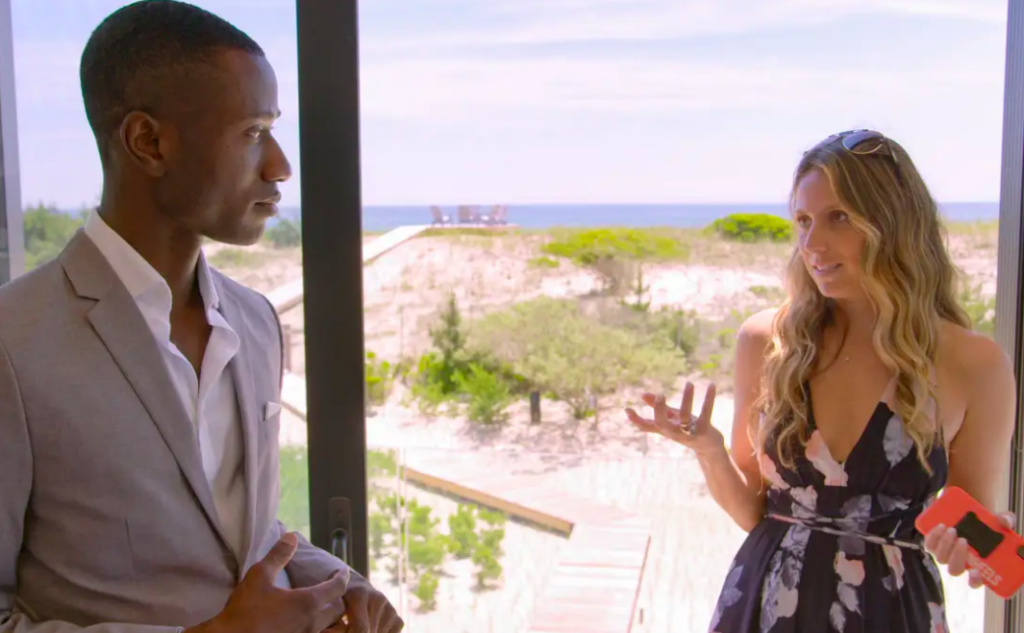 Others also pointed out a scene in which the cast get Noel’s twin brother to speak Korean.

And in relation to the drama people have commented that the show pits the only Black person and the only woman against each other for content. The Tab has contacted Netflix in regard to the comments.

They all just merge into sea of beige and boat shoes. They all dress the same, sound the same and talk about the same things. Their entire personalities revolve around money and real estate. Even the parties they throw are very obvious and bland, just a lot of booze and an DJ. Where are the botox and burgers?

And don’t get me started on the basicness of their outfits.

There is no one in charge

Unlike in Selling Sunset there is no obvious boss to the group, which is very stressful to watch. They need a Jason or Brett in there to control them and make sure they’re actually doing work. You honestly feel like you’re watching a bunch of children running around The Hamptons playing real estate. 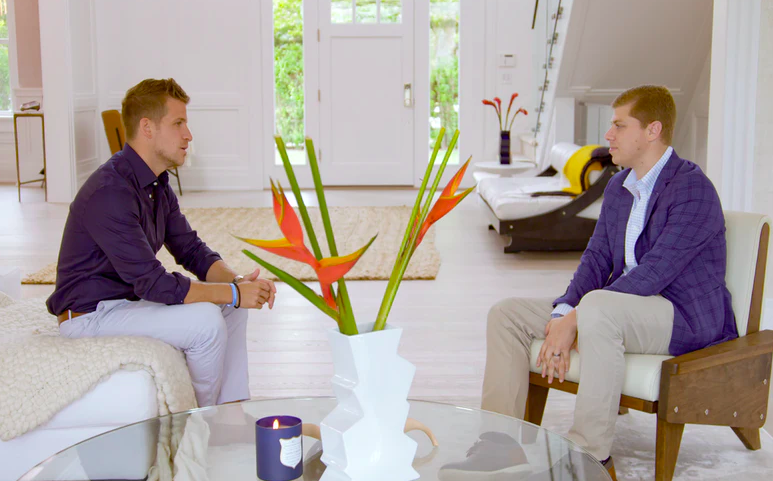 Yes we get it Michael you’re having a baby

The most used phrase throughout the whole series is from Michael who constantly says “I’m having a baby”. Well his wife is, but you get the picture.

It’s essentially the new Jessica’s “I’m 34” from Love Is Blind, except it’s not as funny and Michael becoming a parent is arguably his defining personality trait.

You don’t find out much about their private lives

So we obviously know Michael is having a baby and we get to meet Noel’s twin brother, but apart from that the lack of lives outside work makes it even more boring. In season one of Selling Sunset we literally got to see Romain propose to Mary in bed, you don’t even see J.B. take someone on a date.

It just makes them seem one sided and like robots whose entire mind is focused on money. We want to hear about your relationship problems, it’s what makes a show interesting.

There is no Christine Quinn

Every reality show needs a drama queen who says it like it is and will stir up drama in the right way. Peggy was clearly watching Christine and trying to emulate her epic one liners, but no one is like Queen Christine, just watch this three minute video and you’ll see why:

The clients are boring

Where are the name drops of famous clients? And where are the Karamos from Queer Eye Christine shows around houses before her wedding day? Watching endless beautiful houses gets boring so you have to spice it up a bit with famous clients.

I don’t care about millionaire developers, yes they have money but they’re not famous.

So I would actually prefer to live in one of the houses in The Hamptons than LA because they’ve just got more of a homey vibe. But I’ll never be able to afford them anyway so it doesn’t really matter.

And the staging women Anna and Chloe have a cool aesthetic, but apart from that the rest of the show can go. It’s honestly got me missing Davina at this point.

•Um, Mary and Romain were already married before Selling Sunset season one