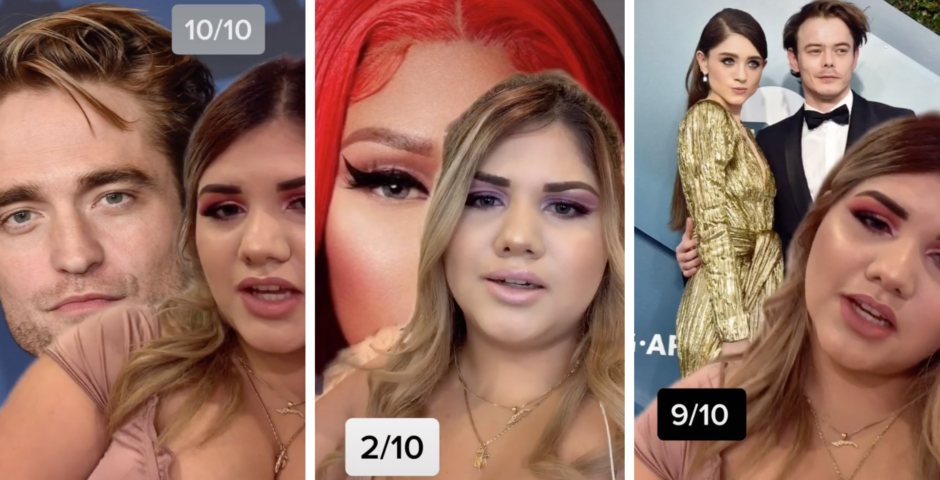 It’s no surprise that celebrities act completely differently away from the cameras, but it takes a certain kind of profession to be exposed to them regularly in their most human form which is exactly what 22 year old Cindy (@_sincindy) has found. As an ex worker at Los Angeles airport, she’s met many celebrities and has recently been hard at work outing some of the more notable names that she’s met over the years, and some of them are pretty interesting to say the least.

She explains in a video that she doesn’t have many photos with the celebrities because it’s against policy to take photos with them whilst working, but it seems pretty legit from some of the stories she tells, so let’s take a look into some of the more interesting interactions.

According to Cindy, Nicki Minaj was pretty nasty to everyone. Whether it was being rude to her coworker, or refusing to get off the flight until everyone else had done so even though flight crew need to be the last on the plane, it seems that Nicki was a bit of a handful to say the least.

She got slapped with a 2/10 which, considering her eventful past controversies, isn’t too difficult to understand.

Next up is Kendall Jenner, one of the Kardashian clan who is thought to be more “normal” than the rest of them, with both her behaviour in interviews and even her home decor. However, it seems like these qualities didn’t do anything for her, as Cindy described her as arrogant, giving her a 2/10. Yikes.

Dakota Johnson of Fifty Shades fame, who is currently dating Chris Martin from Coldplay, was given a 9/10 for her valiant socialising efforts with non-elite celebrities. According to Cindy, she forgot her passport and ended up delaying the entire flight. However she was still really nice, and they even joked about it when Johnson next flew at LAX.

Funny how celebrities can act like normal people rather than aloof creatures from a different planet sometimes, huh?

Natalia and Charlie from Stranger Things seemed to do similarly well, scoring a 9/10 for apparently being really friendly which, when looking at the below YouTube video of their time at LAX, is surprising considering the mob of paparazzi crowding around the poor couple.

Everyone’s favourite ex vampire Robert Pattinson is known for being unashamedly himself when talking to literally ANYONE, being responsible for some of the most hilarious interviews going, so it’s good to see that Cindy’s experience with him was no different.

Apparently he asked her how her day was and she even got a wink when she wished him well on his flight. Now that’s 10/10 from him – how could you expect any less?

Jeffree Star hasn’t exactly had an easy ride through life, but that’s generally down to his own shitty behaviour, so save the waterworks. However, you’ll be surprised to hear that, according to Cindy, he passed with flying colours.

What charm offensive did he go out on to be seen as so nice, you ask? It started with him asking her which highlighter she was wearing which OBVIOUSLY ended up being one of his. By the third time he checked through the airport he was hugging her. Forget his horrible past hun, because if he compliments you and gives you a hug then he deserves that 10/10 😩.

Orlando Bloom is known for having a large… personality, and so it’s no surprise that he scored well with Cindy. He arrived with his dog and, after some hilarious banter, he even had one of the airport staff hold the thing while he had a chat with them. Overall the experience was so good that he scored full marks. Bravo big d… guy.

• From Eric Wakeham to Maverick Baker: Where are the classic OG TikTokers now?