A Domino’s pizza is elite, especially when hungover, on your way home from the club or just a standard Tuesday evening. However the one thing that is always annoying is the teeny tiny pot of Domino’s garlic sauce. And now they have solved that problem by introducing the garlic sauce in a squeezy bottle called The Drizzler.

Yes they have already released the big tubs which contain an insane 675 calories and you have to pay extra for them. This weekend though Domino’s will be delivering 800 bottles of the sauce with orders across the UK.

In order to get the bottle you have to order the big dipping sauce and then 800 lucky people will receive the 320ml bottle with their pizza. 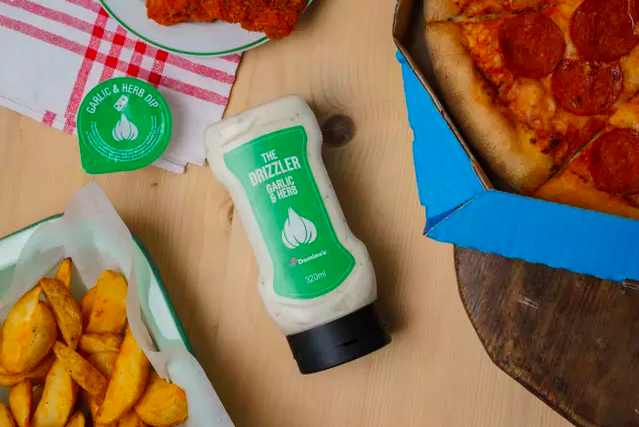 Domino’s master drizziler (apparently that’s a thing?) Josh Engleman said Domino’s were excited to be launching this limited edition sauce over the weekend.

He said: “Many of us have difficulty with the drizzling dilemma we face with the Garlic & Herb dunk-friendly pot. So we’re extremely excited to be launching our exclusive Domino’s Drizzler bottle with a design tried and perfected by our willing volunteers over lockdown.

“Many have tried to make their own versions, but nothing comes close to Domino’s Garlic & Herb sauce. We can’t wait to see fans in full drizzling flow, so share your tekkers on our socials with #DominosDrizzler if you are lucky enough to get your hands on a bottle.

“But whether you drizzle or dunk, there’s one thing that all Garlic & Herb fans will agree on: you can never have too much sauce, no matter the application.”

The limited edition bottle will be included in 800 orders in selected stores across the UK this weekend.

•Quiz: How childish are your food opinions really?

•These are the worst people at restaurants, according to waiters