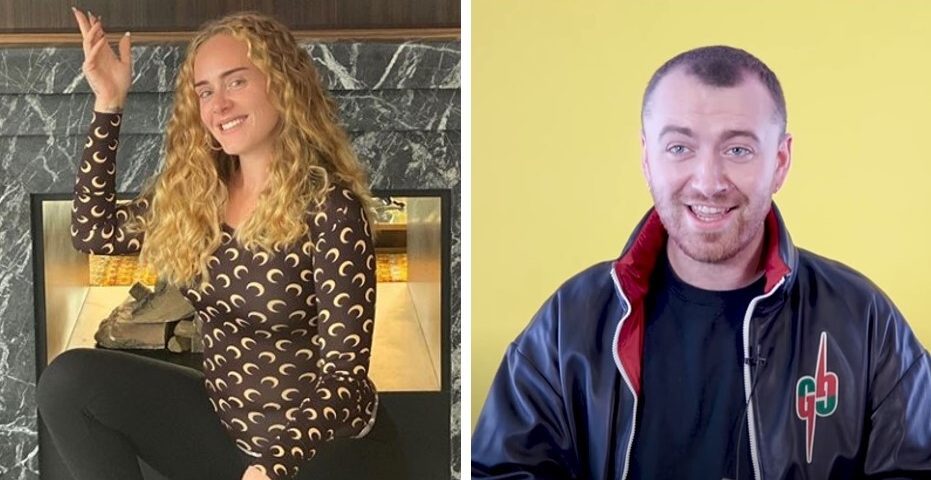 With BIG beef in the royal family, fears of WW3 (remember that?), and a global pandemic, you might think that 2020 has exhausted all the mad things that could ever possibly happen. Well, you’d be wrong, because now fans of Sam Smith and Adele are convinced that the two singers are actually the same person. I know. But hear me out, I’ll explain.

Eagle-eyed fans have gathered a body of evidence to prove their point, so I’ve done God’s work and summarised it all into neat little headings. You can thank me later, but without further ado, let’s go rolling in the deep (sorry) and murky depths of this internet conspiracy…

The bizarre theory first circulated on Twitter a few years ago, after a fan pointed out that when you slow down Adele’s classic ‘Hello’ it sounds just like Sam Smith. The video, watched more than eight million times, is genuinely freaky. It’s a case worthy for 007 – which, conveniently, brings us to the next stage of evidence.

Did you know that when you slow down Adele it’s actually Sam Smith pic.twitter.com/SysXOoQgZY

Both Adele and Sam Smith sang songs for the James Bond movies, with Skyfall and Writing’s On The Wall both proving to be hits. Both singers have Oscar awards, Golden Globes, and more Grammys than they can count on one hand.

And most importantly… they’re never in the same room together!

So, surely with such a long list of career similarities, there would be hundreds of pictures of them together? Alas, even in the two years since the theory first took off, there are still NONE. Google Sam Smith and Adele together, and you’re faced with hundreds of split-screen edits. Literally, 10 seconds after one of them leaves the room at the Brits, the other one will walk in.

Admittedly, when you speed up Sam Smith’s songs it sounds more like Dolly Parton than Adele. But, in the interest of a very entertaining conspiracy theory, we’re prepared to overlook it.

Overall, the case is looking pretty strong. The tables have turned, Adele. Or should I say Sam? Tbh, the way 2020 is going, they might just all be cake.